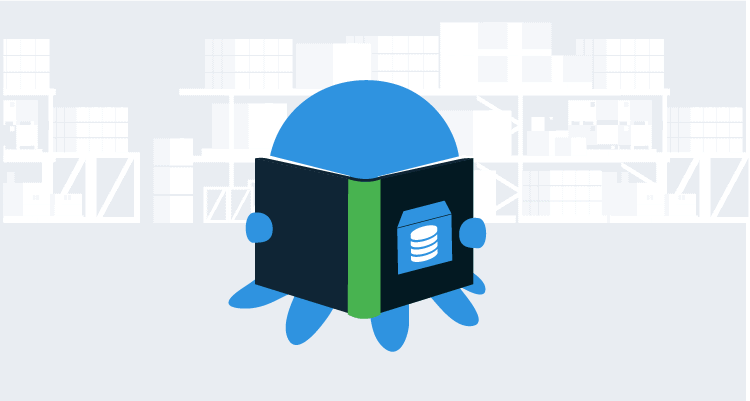 In this article, I’m going talk about the challenges I faced when I embarked on my own automation journey. Prior to joining Octopus Deploy, I was the lead developer on a pilot team that automated database deployments and reduced the time required from two to four hours per deployment down to ten minutes.

One of the DBAs in the company summed it up best when they said, “Our database deployment process is the wild west.” We had more developers joining the company every month, new teams were constantly forming, more code was being deployed every day, and the constant issues with database deployments like errors and delays had to stop.

It was time to form a work group to resolve the issue once and for all.

The DBAs and database architect all liked using tooling from Redgate, so they reached out for help. Redgate agreed to help out in exchange for a case study. They would fly out two people to meet with our work group for a couple of days. As I write this, I’m 99% sure they don’t do that all the time. We might have caught them at the right moment.

The DBAs identified the DBA who would represent them at the work group. The final decision was the pilot team. This is when I get involved, as my team was selected.

Being naive, I expected Redgate to help us implement their tooling within our existing process, so I set about doing that. However, the work group threw away about 75% of my work. That wasn’t a big deal; it was a good learning experience as it gave me a better fundamental understanding of how database deployment tools work, which helped me contribute to the kick-off meeting.

The database developer from my team, a DBA, a database architect, two Redgaters, and I met for two days. The first day was focused on designing our ideal process. The end goal was to have a process to deploy to Development, Test, Staging, and all the way into Production.

First, we walked through the existing process, which looked like this:

We tackled these questions next:

Q: Who are the people involved in the process?
A: Developers, database developer, lead developer and DBAs.

Q: Why are they different?
A: Permissions and auditing; Staging is refreshed from Production periodically and is used for staging and final verification, so Staging needs to be as close to Production as possible to help eliminate surprises. Any change to Production requires a change request because that is what the auditors check.

Q: Why do scripts typically fail?
A: Failures happen because each environment has different delta scripts. A schema change or migration script is missed.

Q: Who needs to be involved with each deployment?
A: Deployments to Development and Test only involve the person making the change. Deployments to Staging involve the requester, a database developer or lead developer, and the DBA. Deployments to Production need everyone because each environment has a unique delta script, and any issues require immediate fixing.

Q: What isn’t working, and what needs to change?
A: See below.

What needed to change?

The astute reader will notice a recurring theme in the answers above.

The application my team was responsible for had 700 tables. All database access was done via stored procedures, including CRUD operations. The database had roughly 5000 objects (tables, stored procedures, functions, etc.). All development was done on the same database. When we did a release, some changes were pushed, while other changes were excluded. We kept track of which changes to include on a piece of paper. This wasn’t 20 years ago; this was happening in 2014.

Those issues resulted in two to four-hour Production deployments, and we didn’t trust the process, which led to an intensive verification process. The actual deployment could be done in 30 minutes, but the remaining 90 minutes were spent verifying the deployment. This included QA, the business owner, business analyst, developers, lead developer, and a manager running various scenarios. Even with all that effort, we still missed some random thing that only 0.5% of our users encountered.

A point to note

Roughly 60% of the time, we had to do an emergency fix the next day due to a missed schema change.

Draft of the ideal process

Drafting the ideal process took quite a bit of time. This was caused by a lack of knowledge of what the tooling could provide. At the time, we knew about source control, build servers, and Redgate tooling, but we were all unfamiliar with what deployment tooling could provide. Thankfully, Redgate was there to help educate us.

First, we listed the various tools and the functionality they provide:

We decided to switch to dedicated databases. In our case, it made a lot of sense. We knew how the tooling worked, where changes would be made, and it was time to outline the ideal process:

When coming up with that process, we purposely avoided tooling. Tooling wasn’t discussed until after we had a draft of the process. First up was the tooling already being used:

TFS 2012 was on its way out, so it didn’t make sense to continue using it. My team was part of the group who switched over to Git and TeamCity.

Redgate had flown out to help us. We had a prototype working with their tooling. We discussed SSDT and RoundhousE, but they failed for roughly the same reason. 95% of the people making the database changes did so in SQL Server Management Studio, and too many people forgot to migrate those changes over to SSDT or RoundhousE. Our discussion, along with the process we designed, led to the following key requirements for the tooling:

We didn’t have a deployment server, but after the Redgate folk explained the benefits and features of Octopus Deploy, we did a quick POC using TeamCity, Redgate, and Octopus Deploy. The POC took about an hour to put together and showed a great deal of promise, so we decided to use Octopus Deploy for the pilot.

The agreed-upon process was put into place using the tooling. Getting it going in Development and Staging took very little time. We did run into a couple of hiccups we didn’t anticipate in the kick-off meeting:

After resolving those minor hiccups we were able to get the process deploying to Staging and Production.

Immediately, the number of emergency fixes due to a missing schema change dropped to zero. That alone was a massive win. Because of that, the amount of time we spent verifying deployments started dropping.

A couple of other teams (out of nine remaining teams) saw what we were doing, and they came on board as early adopters. Having three teams use the process identified pain points and what needed to improve:

A point to note

No process is 100% perfect from the start. Expect to iterate multiple times.

Eventually, the time came for general adoption. I was very surprised by the push back, specifically from the database developers. So much of their time was spent generating deployment scripts they believed that was how they brought value to the team. The fear was this process would automate them out of a job. That wasn’t the case. The process was designed to eliminate all the wasted time generating and tweaking deployment scripts, which freed them up to focus on important things like database structure, performance, reviewing changes, and working on complex changes.

Hindsight being what it is, I should have:

But I didn’t do that. I combined all of that into one big meeting. Live and learn.

We had to change quite a bit to automate database deployments. In the end, it was worth it. Deployments to Production became a non-event. The last Production deployment I did with that company involved myself, the business owner, and my manager. We were online for 30 minutes. 25 of those minutes were spent telling funny stories and bad jokes. The deployment went through with minimal fuss.

If you’d like to know a bit more about the core concepts and structure required to design an automated database deployment process, read my first article.

Blogging and writing for the tech professional

I’m Kathi Kellenberger. I’m the editor of Simple Talk, a DevOps Advocate, and a Microsoft Data Platform MVP. Probably the most important thing to know about me is that I’m a lifelong learner and...

How to design an automated database deployment process

For many companies and organizations, automated database deployments are the final piece of the Continuous Integration / Continuous Delivery puzzle They need to go from deployments that take hours...