How to design an automated database deployment process 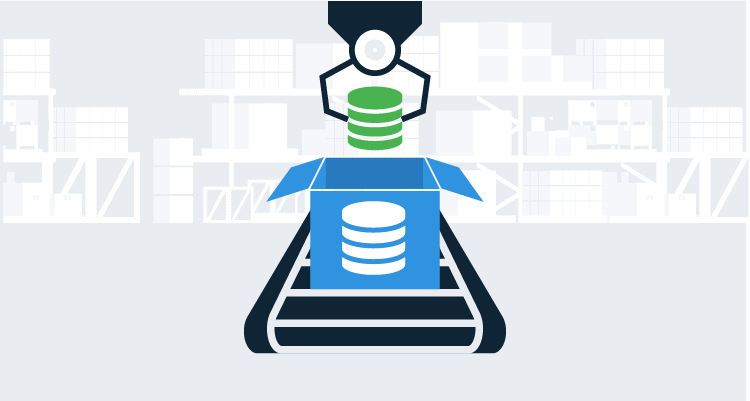 For many companies and organizations, automated database deployments are the final piece of the Continuous Integration / Continuous Delivery puzzle They need to go from deployments that take hours down to minutes.

I know from personal experience that it can take many attempts to successfully automate database deployments and the failures aren’t because of the tooling. Often, the process is just fundamentally broken and it has to be completely redesigned.

In the next couple of articles, I’m going to walk you through designing an automated database deployment process. In this article, I focus on core concepts, and in the next I’ll take you through a practical example of a real life case study.

I often see manual database deployment processes that look like:

Let’s take a step back and evaluate why that process exists:

It comes down to trust and enforcement. Unless the process is automatically enforced it cannot be trusted, and automation cannot occur without trust.

Below is a list of hard lessons I learned automating database deployments:

Depending on the size of your company, you might only have four to six developers and a DBA, or maybe only two or three people have the desire/bandwidth to solve the issues. In this case, work group really means anyone who wants to be included.

The first day is going to be focused solely on the deployment process. The existing process will need to change, and in some cases, a completely new process needs to be created, but you have to start somewhere.

Write down the existing process, so everyone is on the same page. Include all the steps it takes for a change to make its way from developer to production. While writing the process down, focus on answering these questions:

Hopefully, by the end of the first day, you’ll have a working draft of the process. This is a pre-alpha draft, and it’s okay if there are holes in it.

The second day is focused on tooling and refinement. Now that you have a rough idea of what you want to do, it’s time to research the tooling that’s out there. Refine your process as you do your research. It’s okay to add steps, remove steps, or move them around as you learn more.

When it comes to database deployment tooling, there are a lot of options. For example, when automating deployments for SQL Server, there are Redgate, DbUp, ApexSQL, SQL Server Data Tools for Visual Studio (SSDT), RoundhousE, and Flyway, to name a few. It’s very easy to get analysis paralysis, especially when doing a side-by-side comparison.

Using the ideal process, identify two or three critical features the tooling must-have, and leave features every tool supports off the list. For instance, it’s a given that any tool can save to source control in some fashion, so there’s no need to include that.

Here are some questions to help tease out the requirements:

I had a similar free vs. paid debate with Redgate vs. SQL Server Data Tools for Visual Studio (SSDT). To purchase Redgate for 100+ developers cost well into six figures. Meanwhile, SSDT was free, but SSDT integrates with Visual Studio, not SSMS.

Several teams had attempted to adopt SSDT in the past, and all of them eventually abandoned the effort. Too many people preferred to make their changes in SSMS, not Visual Studio. Those who made their changes in SSMS ended up with a manual process to get the changes into SSDT, and half the time the change wasn’t checked into source control. I’m not saying SSDT is a bad tool, just that it didn’t work for our specific needs.

After the kick-off meeting and tooling research, it’s time for the pilot team to take over. Their goal is to implement the tooling and process. Ideally to the point where it deploys through all environments to Production. Along the way, they provide valuable feedback to the work group and discuss what iterations need to be made. The pilot team should not be shy about providing that feedback. Any minor annoyances they face will be multiplied exponentially during general adoption.

After a period of time, and depending on the company size, roll out the process to early adopter teams. This helps refine the process even more. Assumptions or unintentional shortcuts made by the pilot team will be found, and additional scenarios will be discovered and included in the process. Early adopters can help, but they are not necessary.

The general adoption phase will be moving a lot of cheese for a lot of people. Expect to get push back. Databases are the key component of most applications, and a bad script can result in ruined days or weeks.

It’s important to build trust in your process and I’ve found the two best ways to build that trust are with manual verification and pilot teams/applications.

We’ve already discussed pilot teams and applications. Most of the time, building trust involves adding manual verification into the process at earlier stages. In your process, a DBA reviews a delta script prior to going to production, and as teams start using the process, that delta script is generated and reviewed for each environment to help build trust.

Don’t be surprised when you have to iterate on the process even more. Every team and application is unique, and they might implement a database feature you haven’t come across.

Taking the theory into a real-world scenario

In this article I’ve talked about the steps you should take when introducing an automated process for database deployments. But how does it work in practice? What are the pitfalls? Can teams really move from taking hours to minutes to deploy?

All will be revealed in the follow-up article, where I’ll share my own experience of automating database deployments in a company I worked at prior to joining Octopus Deploy. It will be published in two weeks.

Have your say on the state of database monitoring in 2020

Since 2018, over 1,400 SQL Server professionals have provided valuable insights into how they monitor and manage their estates, and what challenges they’re facing, through the only industry-wide sur...

Octopus Deploy and ReadyRoll in under 5 minutes

When it comes to deploying SQL Server databases, Octopus Deploy and ReadyRoll make a great team. And with our new plugin you can get set up in record time!

You can use Octopus Deploy Step Templates...