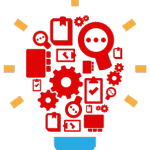 This has been a good year for Redgate customers. Major software releases of SQL Prompt, SQL Compare, SQL Monitor, and SQL Source Control have introduced new features, added support for the latest versions of SQL Server Management Studio and Visual Studio, and made them even easier and more intuitive to use.

But what about our smaller tools in the SQL Toolbelt like SQL Doc, SQL Dependency Tracker, or SQL Data Generator? To many customers, they’re just as important because they turn a snaglist of irritating and often laborious tasks into a shortlist they can do over a coffee and a doughnut.

So much so that our inbox is full of comments like:

“Damn, that’s a sweet little tool … I have to say, you guys rock.”
(Dave Sussman, ASP/ASP.NET MVP, on SQL Doc)

“I love this program. I am considering naming my first child Redgate Weese.
I thought SQL Dependency Tracker Weese was too long.”
(Daniel Weese, DanWeese.com)

“In less time than it took me to get a coffee, I had a database with 2 million rows of data for each of 10 tables.”
(Stephanie Beach, QA Manager, Certica Solutions, on SQL Data Generator)

Those comments aren’t unusual and that’s why our small tools are important too. Whether it’s SQL Doc, SQL Dependency Tracker, SQL Data Generator, SQL Test, or SQL Index Manager, these are the tools that quietly take care of lesser problems in a big way.

So in the background, while a lot of coding effort has been concentrated on our major tools, a team at Redgate has been patiently working away on the less talked about tools.

Whether you use the tools individually or as part of our bundles like the SQL Toolbelt, there’s now more to discover. Whatever tool makes your day shorter and a lot less hassle, find out more about the latest version on our website.

For many companies, particularly those in the financial sector, a key technology consideration is risk management because if systems go down, it can cost a lot of money very quickly.