The march of DevOps from the backroom to the boardroom 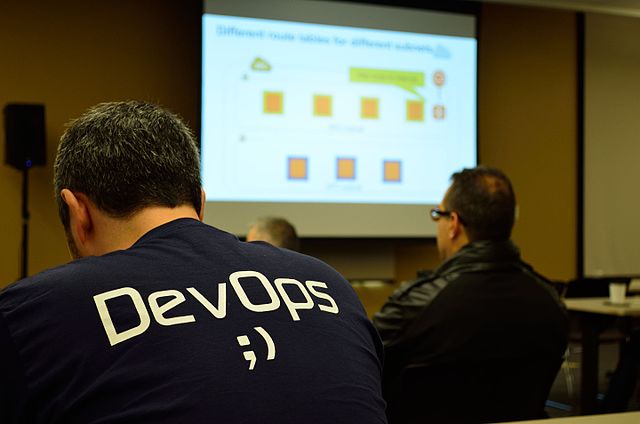 By encouraging collaboration and teamwork, removing the barriers between development and operations, and introducing automation, DevOps speeds up software delivery and enables features to move from the fingers of developers into the hands of customers faster.

It’s an important topic to stay current with because software development is no longer confined to the usual suspects like Google, Microsoft and Amazon. Virtually every company now relies on technology to support their business efforts, and for many it has become a core part of those efforts.

Think of getting a quote for your car insurance, ordering anything online, making a call to customer support, buying a concert ticket, or any of a myriad of other actions that are now eased and enabled by technology. In each case, introducing DevOps into the software development that drives that technology has been proven to accelerate the process, reduce errors, and give companies a competitive advantage.

There’s a new kid on the block too: the database. Behind many of the applications that businesses rely on, there’s a database keeping a record of transactions, online behavior, and changes in customer data. When the application is updated, the database often needs to be updated as well.

As a result, software tools have been created by companies like Redgate which integrate with and work alongside the same infrastructure used for developing applications. So developers can work on updating the application and the database at the same time, in the environment they’re already familiar with, and ensure the speed and efficiency that DevOps brings is not held back.

There’s an additional – and timely – business benefit too. The recent introduction of data privacy regulations in Europe and California along with the many stories about data breaches have made data protection a topic that is now discussed across boardroom tables.

Fortunately, including the database in DevOps prevents mistakes reaching production, automates many processes that otherwise introduce errors, and provides an audit trail of changes for audit and compliance purposes.

So if you’re undertaking a DevOps initiative, remember to include the database as well. Your business will move faster and at the time you’ll take a significant step forward in meeting the increasing demands to protect your customers’ data.

This article was originally published in the Summer 2018 issue of Microsoft’s enterprise magazine, The Record.

If you’d like to know more about extending DevOps practices to the database, read Redgate’s whitepaper, Solving database deployments with database DevOps.

Earlier this year we published the 2020 State of Database DevOps report, in which the responses from thousands of IT professionals gave us a unique insight into how organizations and individuals are a...