You may have heard the news about Amazon being sued recently for storing recordings of children talking to Alexa, without first asking for consent. Two suits were filed in Seattle and Los Angeles, ironically on the day before the company released its new Echo Dot Kids Edition smart speaker.

The lawsuits allege Amazon failed to gain consent to create the voiceprints, which the firm uses to help Alexa become more accurate – and which human operators can access and listen to.

Now you might think this is coming under the auspices of the GDPR, which includes biometric data like voice recordings as personal data, requires informed consent, and specifically says: Children merit specific protection with regard to their personal data.

Under both of these laws, Amazon doesn’t appear to have a leg to stand on. But of course the GDPR doesn’t apply to US residents, and the CCPA doesn’t come into effect until January 2020.

So what’s going on?

The lawyers in this case are saying there’s been a violation of the Massachusetts Wiretap Statute along with ‘substantially similar laws’ in Florida, Illinois, Maryland, Michigan, New Hampshire, Pennsylvania, and Washington.

The Massachusetts Wiretap Statute is one of the most restrictive wiretapping laws in the US and was introduced to address the uncontrolled development and unrestricted use of electronic recordings which posed grave dangers to the privacy of citizens. It specifically states: The secret use of such devices by private individuals must be prohibited.

And yes, that was 50 years before the GDPR was introduced. And yes, it does resonate remarkably well with the current state of technology, despite the fact that it was written when technology was, well, a bit less complicated. 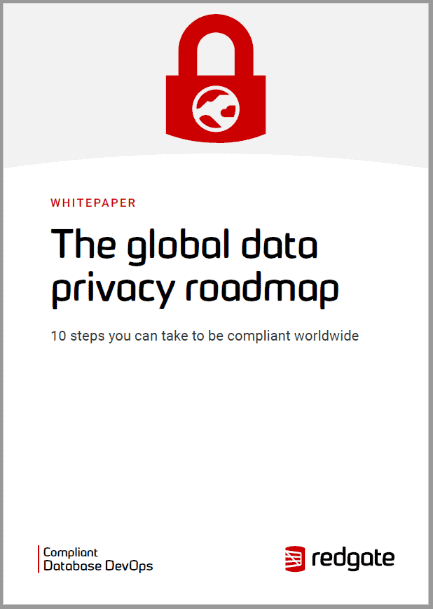 This is fascinating because it echoes something that came up while I was researching Redgate’s Global Data Privacy Roadmap whitepaper. I was looking at how data protection legislation in every country around the world has changed one year on from the introduction of the GDPR, and three recurring issues stood out:

A paper presented at the annual conference of the African Bar Association in 2017, for example, talked about the then upcoming GDPR and looked at ways that existing laws could be used to provide similar protections for citizens of different African countries. In the case of Angola, it discussed how the GDPR applies to any company processing the data of EU residents, whether or not the company is based in the EU, and went on to say:

While the Angolan Data Protection Act may not apply to a foreign entity, constitutional rights belong to citizens at all times, and an Angolan court or the Data Protection Agency may therefore find that, for reasons of public policy or public order, these rights cannot be excluded or avoided due to the fact that the party controlling their data does not have any type of presence in Angola.

So in other words the author, João Luís Traça, a Partner at Lisbon-based legal practice, Miranda, was saying that even without a new data protection law, businesses that collect and process data could still be held accountable.

João Luís Traça’s paper barely caused a ripple outside Africa when it was first presented. Amazon’s latest lawsuit, on the other hand, could prompt many more similar lawsuits. Not by waiting for new privacy legislation, but by looking back at legislation that already exists and seeing how it can now be applied.

If you’d like to know more about how the global data privacy roadmap has changed in the year since the GDPR was introduced, and the 10 steps you can take to be compliant worldwide, download Redgate’s new whitepaper.

Ensuring data security and regulatory compliance in the cloud

Many business solutions are migrating to the cloud due to the flexibility, scalability, and cost-saving features it offers. However, while moving to the cloud, data, systems and services can be ex...

Introducing DevOps to the US Government – Part 1

Over the last four years, Redgate’s annual State of Database DevOps Report has provided valuable insights into how and why DevOps is being adopted, along with the drivers for introducing it for both...