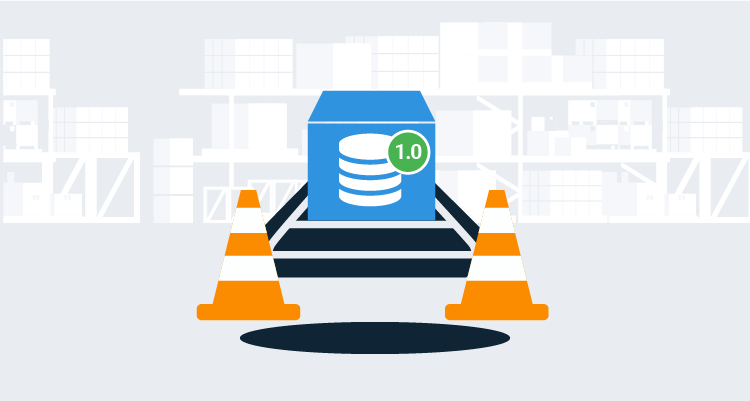 While it’s possible to perform SQL rollbacks to revert database changes, the question is, should you? Rolling back a database change isn’t as straightforward as rolling back a code change. Databases are the lifeblood of applications. An unsuccessful rollback can result in bad or deleted data. This article goes through the pitfalls which result in bad or deleted data and why roll forwards is a better approach.

Rolling forward is a better option. In specific instances, it’s possible to roll back a database change, but those cases are rare. The effort spent on designing a database rollback process should instead focus on making deployments as fast and safe as possible, with the option of rolling forward not back.

The need to rollback will typically fall into one of three categories:

For some deployments, the database change is simple, like a new index or an efficiency tweak to a stored procedure. Rolling back those changes would have little impact. Rolling back complex changes like adding a column, moving a column, adding a table, or splitting a table would have a significant impact. And don’t forget about a migration script. Those rollbacks are exponentially more complex.

Why rollback a deployment?

The three common answers I hear are:

Okay, cool, but something goes wrong is a bit vague. Deployment failures can happen for a variety of reasons, for instance:

I don’t think any of those would justify rolling back a database change. Often a retry can resolve those issues. Situations like that are why we added a guided failure feature to deployments in Octopus Deploy, which allows you to choose how to handle a deployment failure.

The second reason, rolling back because one or more of the tests fail. Do all tests need to pass? Just like deployment failures, tests can fail for a variety of reasons, for instance:

Again, I don’t think any of those failures justify rolling back a database change. It’s common for integration tests to only work when the stars align.

The volume of changes being deployed can also influence a rollback. The desire to rollback is a lot higher when a couple of changes are made vs dozens upon dozens of changes. That desire to rollback increases exponentially when a show-stopping bug is found. The downside is they are typically found by users. That turns into a catch-22. In order to find a show-stopping bug a user has to use the application. However, rollbacks are much more difficult once a user starts using the application.

The pitfalls of backup and restore

You might be thinking to yourself, “Why don’t we take a database backup before the start of the deployment process? That will solve the problem of rolling back those complex changes.” A backup’s usefulness has a limited lifespan. A backup becomes useless when:

Those events could happen after one minute or several hours. Rolling back would mean changing data. Or, even worse, removing data.

Rollback via a backup restore doesn’t occur in a vacuum. It is very common for applications to share data.

As you can see, backups shouldn’t be used for rollbacks. They should be used for disaster recovery only. The typical backup schedule I see is a full backup once a week, partial backups once a day, point-in time-backups throughout the day. These backups are done in the event a database server or a data center is lost.

The pitfalls of rollback scripts

I’ve seen some companies institute the rule: For every database change made, a corresponding SQL rollback script must be written. However, rollback scripts have their own set of pitfalls.

Writing SQL rollback scripts takes time. If the script is never run, then it turns out to be wasted time. If you have several dozen successful deployments, the motivation to write the rollback script will decrease. As time goes on, people start openly questioning why it needs to be created in the first place. Eventually the scripts become the bare minimum to rollback. They are written to check a checkbox.

Much more importantly, the scripts have to be tested. That leads to further questions, such as:

If the answer to those questions is, Bob tests them in the morning before a production release, then there’s a chance the tests will happen only half the time. If it’s not a blocking task, and if it’s not automated, then it won’t get done.

Once a user starts using the application after a deployment, you’ve crossed the Rubicon. One could argue, once verification starts the Rubicon has been crossed.

More often than not, the effort to successfully rollback a deployment far exceeds the effort it would take to push a fix to production.

When the topic of rollback is broached during a post-deployment crisis, the team will have to:

During a post-deployment crisis that analysis is not happening in a vacuum. Users are demanding to know what is going on. Higher-ups are asking for status reports. DBAs have to be contacted to get copies of the Production database to test with. It is unrealistic to expect those steps to be done in less than two hours. I’ve seen teams take entire days to finish all those steps.

Database deployments are often the riskiest part of a deployment. Is it possible to reduce that risk?

I think back to all the production deployments I’ve done that included databases. The stress level was non-existent when the changes were staged hours or days before. That gave us time to verify the changes during working hours. The code was still deployed during the deployment window. Deploying code typically went very quickly. The verification during the deployment window was much quicker as the majority of it had already been done.

That’s only possible when the database changes are backward-compatible, and that takes a great deal of discipline. It also means the process of deploying database changes needs to be separate from the process that deploys code changes, and requires more planning as you’ll have to juggle two production deployments.

Even with this in place, I’d argue a rollback should be last resort. The database won’t have to rollback, but the code will. That could remove functionality and frustrate users.

It’s not always feasible to do this. My personal rules are:

The effort to successfully rollback a deployment far exceeds the effort it would take to push a fix to Production. The chance of something going wrong with a rollback is much higher than when rolling forward. That is especially true for database rollbacks. There are only so many hours in the day, and it’s better to spend the time getting better at deployments than spending time worrying about rollbacks and all the possible scenarios.

Why you should embed monitoring earlier in your Database DevOps cycle

As Gartner recommends in their report ‘Fail Fast in Production; Embed Monitoring Earlier in Your DevOps Cycle’1, it has been shown that it’s possible to provide superior customer experiences by ...

The terms Continuous Integration and Continuous Deployment tend to be combined into the acronym CI/CD, often without any distinction between the two. CI and CD are distinct processes, even if ...