There are no advantages to using old-style join syntax. If SQL prompt identifies its use in legacy code, then rewriting the statements to use ANSI-standard join syntax will simplify and improve the code.

The “old style” Microsoft/Sybase JOIN style for SQL, which uses the =* and *= syntax, has been deprecated and is no longer used. Queries that use this syntax will fail when the database engine level is 10 (SQL Server 2008) or later (compatibility level 100). The ANSI-89 table citation list (FROM tableA, tableB) is still ISO standard for INNER JOINs only. Neither of these styles are worth using. It is always better to specify the type of join you require, INNER, LEFT OUTER, RIGHT OUTER, FULL OUTER and CROSS, which has been standard since ANSI SQL-92 was published. While you can choose any supported JOIN style, without affecting the query plan used by SQL Server, using the ANSI-standard syntax will make your code easier to understand, more consistent, and portable to other relational database systems.

When SQL Server forked from Sybase, it inherited its old non-standard Transact-SQL syntax for joins, which included the = and = syntax, for left and right outer joins, respectively.

The left outer join operator, *=, selected from the first table (the “outer member” of the outer join) all rows that met the statement’s restrictions. The second table (“inner member”) generated values only if there is a match on the join condition for that row; otherwise it provided null values. Conversely, for the right outer join operator, =*, the second table became the “outer member”, from which all rows were selected that met the criteria.

There were restrictions to this syntax, even when they were supported. You couldn’t include a Transact-SQL outer join in a HAVING clause, and you couldn’t do an additional INNER JOIN in the same expression as an old-style outer join. In addition, the outer join syntax (*= or =*) does not always give the correct results, sometimes using a cross join when an outer join is specified.

In any event, this syntax was deprecated in SQL Server 2005 onwards, and stopped working is SQL Server 2008. The intent of Listing 1, which queries the pubs database, is to return all titles that don’t have a corresponding author.

However, it will fail in SQL Server 2008 or later unless you set compatibility level to 90. This setting was only possible up to SQL Server 2012:

If you still have queries that use this syntax, you’ll have to rewrite them to use the ANSI standard syntax, shown in Listing 2, before upgrading beyond SQL Server 2012, because the compatibility level 90 is no longer supported.

This gives the following result: 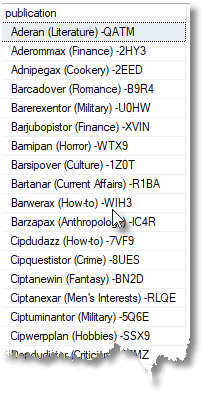 Old-style inner joins are supported but offer no advantages

This table citation syntax for inner joins is part of the ANSI standard and so still supported. Listing 3 uses it, and will return all authors that live in the same city as their publisher.

Listing 4 shows the same code using the ANSI-92 standard, where we make the join types explicit.

Both give the same result, with identical execution plans. 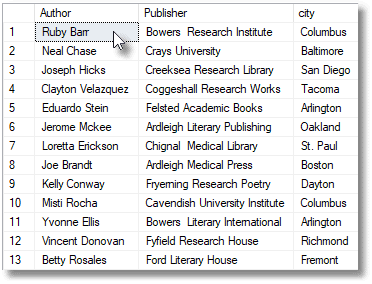 However, it is broadly accepted that the old-style ‘citation list’ inner join syntax is much harder to read and understand, and therefore more error prone than the newer syntax.

In any case, there is no cause for regret at leaving behind this old style syntax, even though it is still supported. How, for example, would you determine the percentage of authors that live in different cities from their publishers, using the old style join syntax? It would be a complex-looking query using brackets and subqueries. With the newer syntax, it is simple to write, simple to understand its logic.

There are no advantages to leaving old-style join syntax in legacy code. If you spot this code smell, it will improve and simplify the code to rewrite the statements to use ANSI-standard join syntax.