Tracy Hamlin, Exceptional DBA of 2010, on what it means to go the extra mile

Tracy Hamlin has been elected by judges and the SQL Server community as the Exceptional DBA of 2010. The annual awards program, hosted by SQL Server Central and sponsored by Red Gate Software, drew the largest number of community votes in its three-year history. In the interview, Simple-Talk contributor Bob Cramblitt talks to Tracy to uncover the essence of an exceptional DBA. 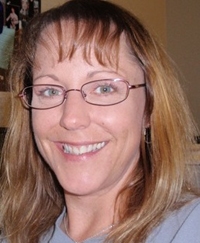 Tracy Hamlin was selected as Exceptional DBA of 2010 in the largest vote in the three-year history of the awards program. Awards judge Rodney Landrum says that “Tracy strikes me as truly exceptional in many ways…she conveys her passion for being a DBA…and really understands that being technical is only a fraction of the skills required to be exceptional.”

“I think that being a DBA is
a really good opportunity for
women…I think women might
be naturally more organized,
and creating and managing a
database involves a lot of
order and organization.”

At the end of August, Tracy will leave her current position as senior DBA at Carefusion:Medmined Services, where she directed the company’s explosive database growth, and join Regions Bank in Birmingham, Alabama. In the interview below, Simple-Talk contributor Bob Cramblitt talks to Tracy to uncover the essence of an exceptional DBA.

BC:
You’ve said that exceptional DBAs go the extra mile. How so?
TH:
An average DBA will get the job done: Schemas will be designed well, instances configured properly and databases optimized on a regular schedule. Exceptional DBAs go further: They work closely with developers to ensure schemas are designed perfectly for the project. They determine what the growth potential is and are always looking to the future to be sure the company is fully prepared. Running optimizations is not enough: Exceptional DBAs ensure everything is running at its best by monitoring the system and staying in touch with users.
BC:
In your nomination statement you said that a DBA has the best job in the world. What makes your job rewarding?
TH:
My most recent job has been rewarding because of the speed at which the data was growing and the challenge of learning how to adapt. When I started, I was the only DBA in the company. We had one 200 gigabyte database. We now have 75 databases containing more than 100 terabytes of data. I’m proud that not only was I able to adapt to changes and manage that type of growth, but that performance is actually better today than it was when I first arrived with the one small database. That’s very gratifying.
BC:
It also sounds stressful.
TH:
At first it was. But the longer you work with something, the more comfortable you get. I’m at the point in my career where I think I’ve seen just about everything. When problems come up I don’t stress out about it because I know I’ll be able to figure it out.
BC:
You were introduced to databases as an intern in college. What was it that hooked you?
TH:
I created databases for companies and other people would write applications wrapped around that data. It was pretty evident that the database was the core of everything, and I like being at the center of things (laughs). I learned a valuable lesson about how important it is to set up a database properly from the beginning, since there could be hundreds of applications depending on it.
BC:
As a self-proclaimed “people person” how do you connect with people in your job?
TH:
It comes into play primarily when I’m working with developers. It’s really important to be able to sit down and talk with them so I can really understand what they’re trying to do. Face-to-face communication is important. By sitting down with people and hashing things out you get a lot more done in a shorter period of time than e-mailing back and forth.
BC:
How do you try to make life easier for developers?
TH:
Number one is that I always try to be available for them. I also anticipate their needs. I’ve developed naming standards and guidelines so there is no question in the middle of development about how to set things up. I write tips and tricks on how to write T-SQL and stored procedures. A lot of what I do is for performance reasons – I think it’s really important to get the database design correct on the front end and make it scalable from the beginning so you don’t have to deal with performance problems later. Developers like not having to rewrite things later.
BC:
You trained a couple of junior DBAs in your most recent job. Do you have any particular training philosophy?
TH:
I basically set everything up then handed all the maintenance over to them. Rather than just training them on certain management aspects, they learned everything – we just divided the boxes up between them. Everybody was completely cross-trained. If someone was on vacation, we could just say, “OK, you take on these 20 boxes for the next two weeks.”
BC:
DBAs are predominantly male. Has being a woman been a challenge in your pursuit of a DBA career?
TH:
I’m sure it has been, but I probably ignored it. There are a lot more women in IT now than when I started out 20-some years ago. I think that being a DBA is a really good opportunity for women. I don’t know if it’s just me, but I think women might be naturally more organized, and creating and managing a database involves a lot of order and organization.
BC:
What do you see as your biggest challenge over the next few years?
TH:
Keeping up with technology. I really try hard to automate. The more automation, the more time you have to improve performance and add new features.
BC:
What’s your life like outside of work?
TH:
I have a husband and three boys – age 12, 15 and 17 – who are the priorities in my life. My whole family likes technology. My husband is an IT manager for our church and all our kids have laptops, so there is definitely a lot of computer talk at the dinner table. I also play classical music on the violin and have taken lessons for the last couple of years. I’d always heard it was hard, and I like a challenge. It’s a lot of fun, a great stress reliever, and it helps use other parts of my brain.