An interview with William Durkin. When he has the time, William finds it useful to work as a pre-release software tester. His most recent testing work was for Red Gate's SQL Backup 6.0, just released this month.

William Durkin is a Development DBA for ROSEN Technology and Research Center in Germany. Like most DBAs, William’s work is not easily defined within a job description. He does everything from the usual backup, restores and administration work to performance tuning and guiding database development and technology adoption. When he has the time, William also finds it useful to work as a pre-release software tester. His most recent testing work was for Red Gate’s SQL Backup 6.0, just released this month.

RG:
Why do you participate in these programs? What do you get from them? 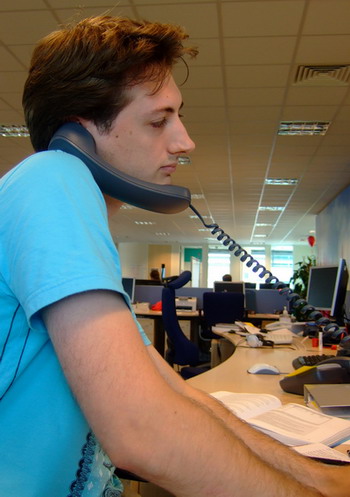 The pre-release forums are similar to the forums on SQL Server Central.  In the early stages when the beta group of testers is quite small, the responses from people external to Red Gate can sometimes come through slowly, but when the posts starts to flow, you have the feeling that we’ve pulled together and searched through the forum to find similarities or share a problem.

RG:
What advice do you have for IT professionals who might want to participate in a pre-release program? 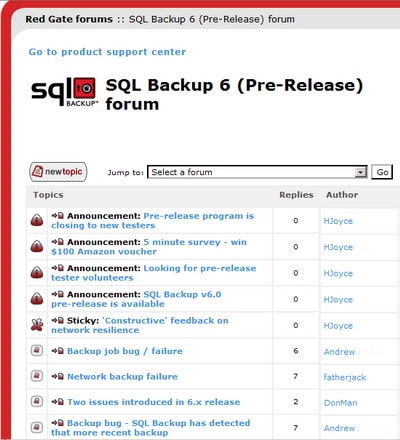 I prefer contacting the development team through the forums.
WD:
People who take part in these beta programs have to be aware of what they are.  It’s alright to sign up for something, but you have to actually test.  It’s no good just thinking you have a toy to play with for a month or however long the beta software works.  But if people enjoy the feeling that their feedback is taken seriously, then I would recommend the experience as very worthwhile.
RG:
What could be done to make the experience better for you?
WD:
It would be great if at the stage where developers are coming up with ideas there would be some kind of customer connection day or an extra forum where we can send in explicit wishes.  People taking part in the forum could put down their ideas and others can vote and say, ‘Yeah, this part would be brilliant,’ or ‘No, I don’t need that.’
RG:
What did you take away from your experience with the SQL Backup 6.0 pre-release?
WD:
The main thing is network resilience. I’m currently setting up a worldwide server system with centralized backups, so moving the backups across the Internet at low speed and with a poor connection is an issue. 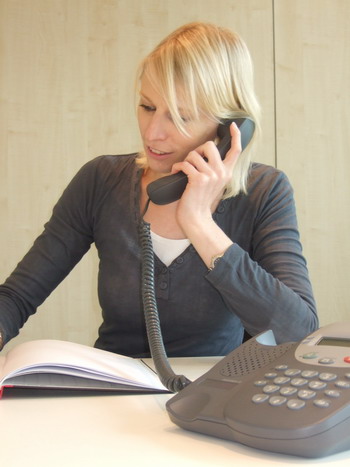 I was in contact with one of the developers about a small problem with network resilience that has been investigated.

I was in contact with one of the developers about a small problem with network resilience that has been investigated, but basically SQL Backup 6.0 works exactly how it’s written.  You can knock the network down and your backups will come back alive when the network is up again.  A backup being copied across a network can be interrupted and when the network connection is back, the software will resume the copying of the backup from where it left off before the interruption, rather than from the beginning.

I also like the compression level 4, which I think can save me 400 MB in storage space.  Over a slow Internet connection that’s a huge amount.  I cheekily requested a compression level 5, so maybe in the future some crazy developer will come up with an even better compression method.

RG:
Are there any major benefits of using a third-party tool such as SQL Backup over the native backups on offer in the Enterprise edition of SQL Server?
WD:
If SQL Backup hadn’t gone to the new version or remained in version 5 for a longer time, I would be inclined to agree that there is less benefit in third-party backup tools if you now have Enterprise SQL Server 2008.  But in this case, I’d recommend the new SQL Backup Pro for three reasons: compression, encryption, and now, network resilience.

If you’d like to try out SQL Backup 6 which William was working on, it can be downloaded from here.