Jeffrey Snover: Geek of the Week

PowerShell has radically improved the ease of monitoring and adminstering Windows-based servers, and automating routine processes. The visionary leader of this project is Jeffery Snover, who is now Lead Architect for both Windows Server and System Center Datacenter.

As the creator of PowerShell Jeffrey Snover remains a hero to many, particlarly the administrators of large groups of servers and applications. 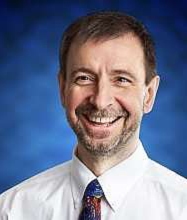 It was a considerable uphill struggle to change the prevailing  technical culture of  Microsoft sufficiently to persuade it  to adopt a new .NET-based command-line scripting language in Windows systems that would allow administrators to do everything from it, and give them incomparably greater potential for automating repetitive tasks. The work, persuasive power and energy that Jeffery put into this task is the stuff of legend.

In order to promote his somewhat radical ideas, he wrote the wonderfully named Monad Manifesto; some say it rivalled Frank Lloyd Wright’s 10-point manifesto for his apprentices. Writing this Manifesto, Snover says, was difficult.

‘I knew what we needed to do and could come up with examples and explain this point and that point but I had not taken the time to put in words. I had no grand overarching narrative. Sometimes you just need to “say it”. When you are forced to actually “say it”, you’ll often find that you really just sorta understand it – that you have a vague notion of what you mean but you don’t really know what you mean until you are forced to say it.’

Jeffrey Snover has 32 years of industry experience and is now the Lead Architect for the Windows Server Division. He joined Microsoft in 1999, and has since  provided technical direction across the company’s management technologies and products.

RM:
I really enjoyed reading your blog about the beginnings of the Monad Manifesto and the values it represents. How tough was it that you knew what was needed but you had no grand narrative to back up your plans?
JS:
The gap between understanding the problem and creating a solution was not daunting at all. That is the essence of engineering. The difficult part was getting the GUI-centric Microsoft culture and ecosystem to embrace the CLI. I had senior people asking questions like, “What part of ‘Windows’ confuses you?” The problem was the Microsoft was great at GUIs so if they could turn a problem into a GUI problem, they would win. So they wanted to view everything as a GUI problem. In the end, that works for personal machines but not for servers or large sets of machines.
RM:
In what ways did the manifesto help? What remains of the manifesto to implement?
JS:
The manifesto was a crisp articulation of the problems we saw, the values we held and the approach we would take to address these problems. Ultimately it was a statement of identity and mission. We seek to change the world in a bold and important way.

That sense of identity and mission helped us all get through the many tough times we had and acted as a north star as we worked through the detailed designs. The document was published over 10 years ago and if you compare it to what we’ve delivered, you’ll be amazed at how accurate it is. The one element that has not fully come to fruition is the idea of management models. Watch that space.

RM:
How did you initially design PowerShell? Did you sit down with a pad of graph paper or a UML drawing tool? Did you write mocks in the test-first sense so you tested it as you went along and what form would the code take? Pseudocode? Actual code? Whiteboard drawings?
JS:
Code. I think in code. I explored a number of concepts in code and used that to generate a vision of what was possible. I then set about trying to influence some teams to adopt them. One team was intrigued but the ideas where just way too far out there for people get their heads around them with whiteboard drawings. I told them to go away for a while and effectively dropped out for a while and produced about a 10Kloc prototype that illustrated all the core concepts of the architecture.

When I reengaged and people where able to see things and explore them for themselves, they got it, their heads exploded with the possibilities and they were dedicated to making it real. I knew the potential of these ideas so in the end, I got so hooked on this that I gave up my position as Lead Architect for a team of about 700 people and accepted a demotion to work with a handful of people to make PowerShell real.

At the time, the problem wasn’t considered big enough or important enough to have a person as senior as myself working on it. Accepting the demotion was hard but I was convinced that I was going to change the world, so as long as they didn’t fire me, I was going to do whatever it took to ship PowerShell.