There are two types of roles: fixed or user-defined. In this article, I will discuss the different fixed server and database roles provided with SQL Server and how these roles can be used to support role-based security to simplify providing access to the different SQL Server resources. In a future article, I will discuss user-defined server and database roles.

What is role-based security?

When role-based security is used, the actual access permissions to SQL Server resources are granted to a role and not a specific login or user. Role-based security reduces the amount of administration work needed to grant and manage security when multiple logins or users require the same access to SQL Server resources. Once a role has been set up, and the appropriate permissions are granted to it, it is just a simple matter of adding logins or users to the role to provide them with the same access as the role. Without using roles, an administrator would need to grant the same permissions to each login or database user, thus causing additional administration work. There is also the possibility of making an error which would result in some logins and users getting the wrong set of permissions.

Fixed Server roles have server-wide scope. They come with a set of canned permissions tied to them. The permissions for server roles can’t be changed or extended.

There are nine different fixed server roles provided with SQL Server, which are shown in Table 1, along with a description. The information in the table is directly from the Microsoft SQL Server documentation.

When a login, Windows account or Windows group becomes a member of one of these server roles, they inherit the rights associated with the role. If someone needs the same rights as a server role, it is much easier to make them a member of the role instead of granting them access to each of the permissions associated with a role. Additionally, when you want to grant the same server rights to multiple logins, placing each login in the same server roles makes it easy to accomplish this, ensuring they get exactly the same permissions. User-defined roles can also be added as members of a server role. I’ll leave the discussion about user-defined roles for another article.

For a complete list of all stored procedures, commands, views and functions that work with fixed server roles, you can check out the list by using this link.

Adding a login to a fixed server role can be done using SQL Server Management Studio (SSMS) or TSQL. To use SSMS, follow these steps:

Before clicking to add the member, the dialog should look like Figure 1. 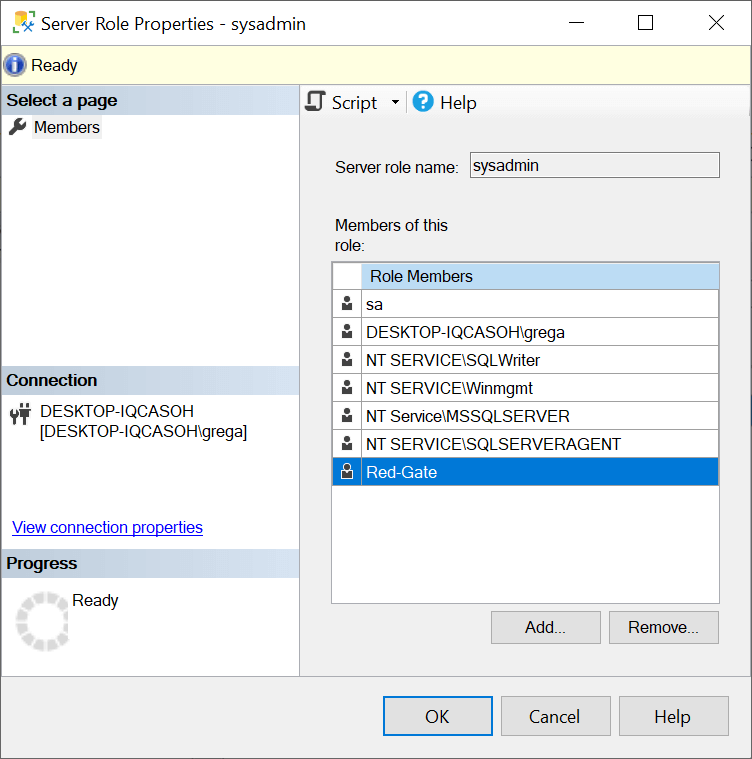 Figure 1: Add a new login to a fixed server role.

Listing 2: Adding a login to the sysadmin fixed server role.

Removing logins from a fixed server role can be done as easily as you added them by using SSMS or TSQL. The code in Listing 3 shows how to remove the Red-Gate login from the sysadmin fixed server role.

A few additional special fixed database roles only apply to the msdb database or SQL Database on Azure. For more information on these special roles, see Microsoft documentation here.

Not all organization will use each of these roles to provide access. Most shops use the db_datareader, and db_datawriter roles. If you make a database user a member of these roles, they will be able to read and/or update any user table in the database. Not only that, but they will also be able to update and/or read any data from any new user table that might be added in the future. This could be a good thing or a bad thing. It is a good thing if you want users to automatically gain read and/or update rights to all new user tables, regardless of the table. If you ever think you might want to add one or more tables to your database that only a few database users should have access to, then avoid using these two roles to provide blanket read and/or write access to database tables. Because these two roles automatically provide access to any new user table defined in the future, some shops prohibit the use of these roles to ensure database users only have access to the tables they need to perform their job function.

For a complete list of all stored procedures, commands, views and functions used to display and manage fixed database roles you can review the documentation found here.

Figure 2 shows the members of the db_datareader role: 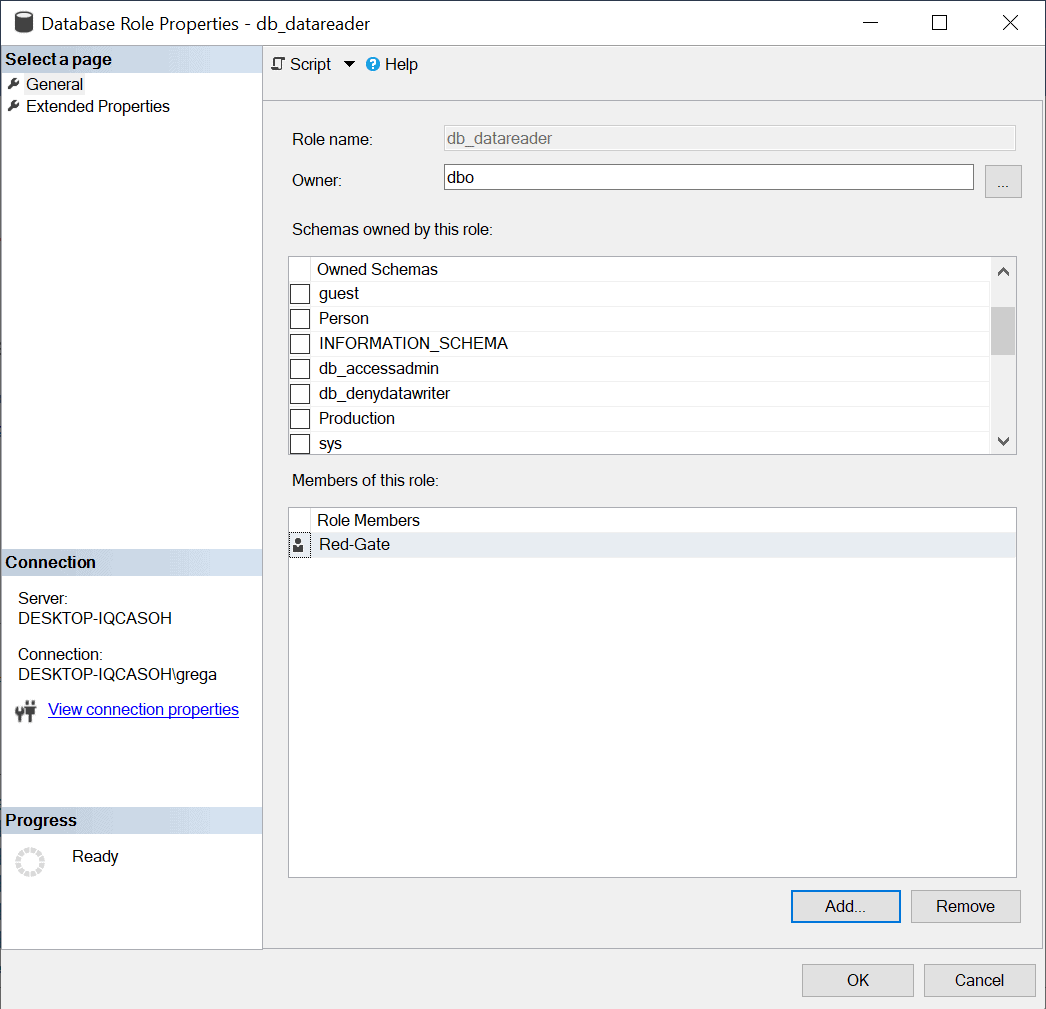 Listing 5: Determining if current database user is a member of a role

The IS_MEMBER function returns a 1 if the current user is a member of the db_datawriter role or 0 if the user is not a member of this role.