To be able to drill into multidimensional cube data at several levels, you must implement all of the hierarchies on the database dimensions. Then you'll create the attribute relationships necessary to optimize performance. Analysis Services hierarchies offer plenty of possibilities for displaying the data that your business requires. Rob Sheldon continues his series on SQL Server Analysis Services 2008.

In a recent article on SQL Server Analysis Services 2008, I explained how to implement a multidimensional database. The Analysis Services database I used as an example included a data source, data source view, multiple database dimensions, and a cube based on those dimensions. I then showed you how to deploy the database and browse the cube data in SQL Server Business Intelligence Development Studio (BIDS). However, the cube was missing important functionality-the ability to drill down into the data in order to view aggregated values at more granular levels. That’s because no hierarchies had been created in the database dimensions.

A hierarchy lets you view aggregated fact data at multiple levels. For example, the solution in my recent article contains the Territory dimension, which is based on the DimSalesTerritory table in the Sales data source view (shown in Figure 1). 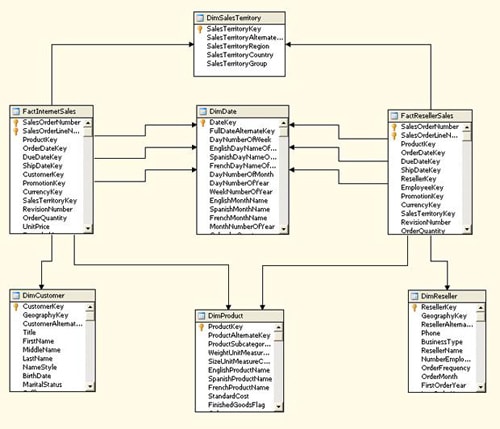 The DimSalesTerritory table includes the SalesTerritoryRegion, SalesTerritoryCountry, and SalesTerritoryGroup columns. Although the columns are unrelated in the table, they form a natural hierarchy in which the sales groups contain countries and countries contain regions. If you were to define a hierarchy in the Territory database dimension based on this natural relationship, you could then drill down into the data first by sales group, then by country, and finally by region. And each time you drilled deeper, you would view aggregated data at a more granular level.

In this article, I explain how to implement hierarchies in your Analysis Services database dimensions. The examples in this article are based on the solution in the article mentioned above. For that solution, I created the following database components:

Before you create any hierarchies in your Analysis Services database, you must ensure that the data supports those hierarchies. For instance, as I mentioned above, the data already supports a hierarchy based on the sales territory data (sales group, country, and region).

However, you might want to implement a hierarchy that the data does not support. For example, suppose you want to create a hierarchy based on the product categories and subcategories. Currently, the DimProduct table in the data source view (shown in Figure 1) includes only the ProductSubcategoryKey column, but no other category-related data. One way to get around this is to replace the DimProduct table with a named query that joins the table to the DimProductSubcategory table and then to the DimProductCateogory table. (You’re essentially flattening out the snowflake configuration of these tables.) A named query is a stored SELECT statement whose results are treated like a table in the data source view. 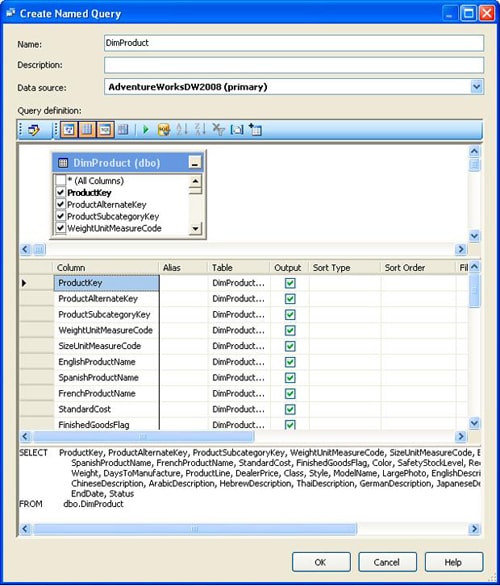 As Figure 2 shows, when you open the dialog box to replace a table, the dialog box includes details about the table in the three panes: Diagram, Grid, and SQL. You can create your named query by adding the DimProductSubcategory and DimProductCategory tables and then selecting the columns you want to include, or you can simply write the SELECT statement. For this example, I wrote the following statement:

There are a few items in this statement you should note. First, I include only those columns I know I need in my dimensions. Normally, when you add a table to a data source view without modifying the SELECT statement, all columns are included, as was the case with the original solution. Because I don’t need all columns, I bring in only the ones I’m going to use now. However, you can modify a data source view at any time. Just be aware of how your modifications affect the dimensions and cubes that rely on the data source view.

Finally, I use CASE statements in the SELECT statement to handle those products for which there are no French or Spanish names. Because the source columns for the data are not null, missing product names are treated as empty strings. Attribute relationships, which I describe later, do not like empty strings or nulls, so better to sidestep this problem now.

After you create the SELECT statement, you can test whether it’s returning the results you want by clicking the Run button. The results are displayed in the Result pane, shown in Figure 3. (The Diagram pane and Grid pane have been closed.) If you’re satisfied with the results, click OK to close the Create Named Query dialog box. Your data source view should now include the modified table. 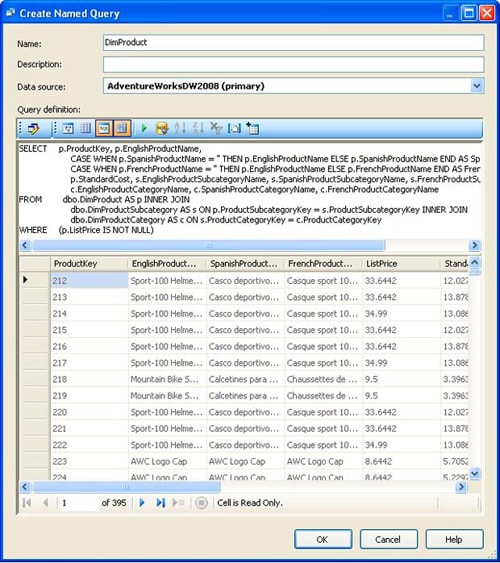 That’s all there is to creating a named query. You can now use it as you would any other table. In addition, now that you’ve included the category information, you can create a hierarchy that lets you drill down into the data.

You create hierarchies in the database dimensions that are used by the cubes. However, you must first ensure that any changes you made to the data source view are reflected in the dimensions. In this case, you’ll need to add the category-related attributes to the Product database dimension, as shown in Figure 4. 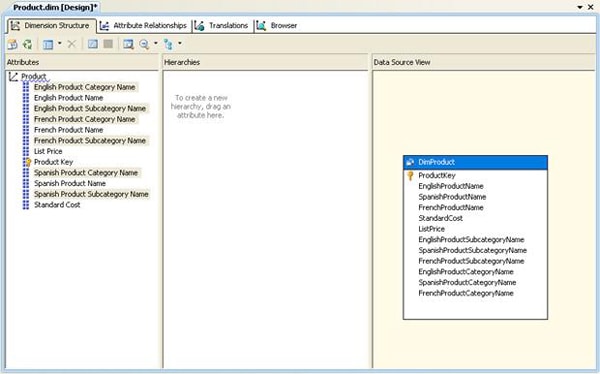 To add the category-related attributes to the Product dimension, open the dimension in BIDS and drag the following columns from the DimProduct table (in the Data Source View pane) to the list of attributes (in the Attributes pane): 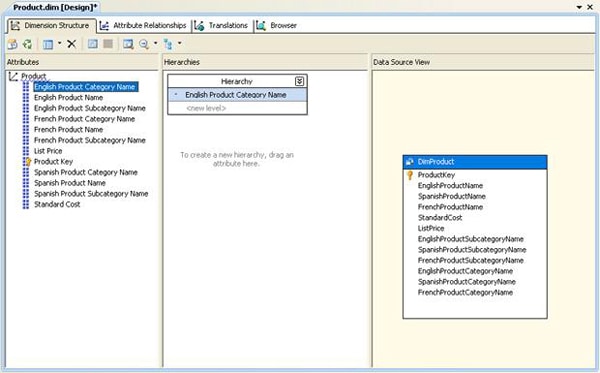 Figure 5: Adding a user-defined hierarchy to the Product dimension 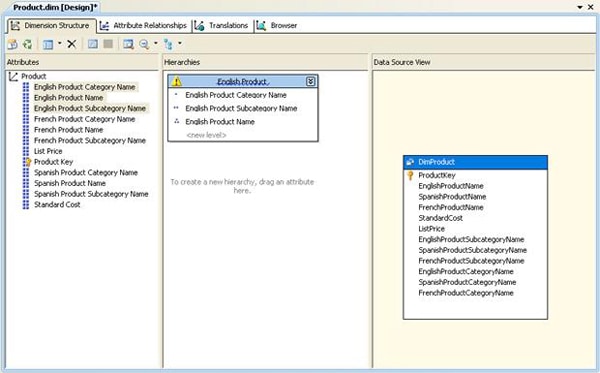 Figure 6: Adding a user-defined hierarchy to the Product dimension

After you’ve created the hierarchy, you can modify its properties. For example, as you can see in Figure 6, I changed the value of the Name property to English Product. Notice, however, that the hierarchy includes a warning message. This one is telling you that attribute relationships have not been defined between levels of the hierarchies, so let’s look at how to do that. 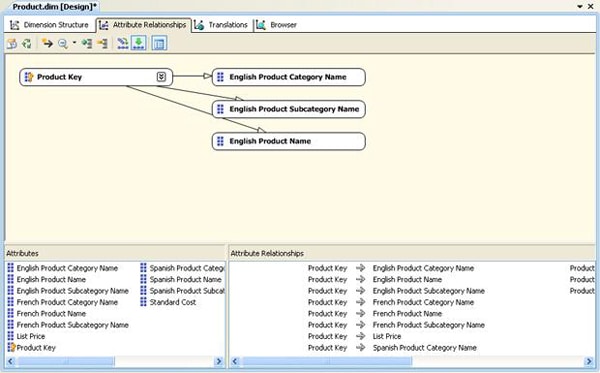 Notice in Figure 7 that a relationship exists between the Product Key attribute and each of the three attributes in the hierarchy. However, to improve performance, the relationships should be defined between the following pairs of attributes:

Figure 8: Defining an attribute relationship on the English Product hierarchy

For this solution, I added hierarchies for the French and Spanish product categories, as shown in Figure 9. When you add the hierarchies, follow the steps you used to create the English Product hierarchy. Also, be sure to rename the hierarchies and, if desired, set the value of the AttributeHierarchyVisible property for each attribute to False. 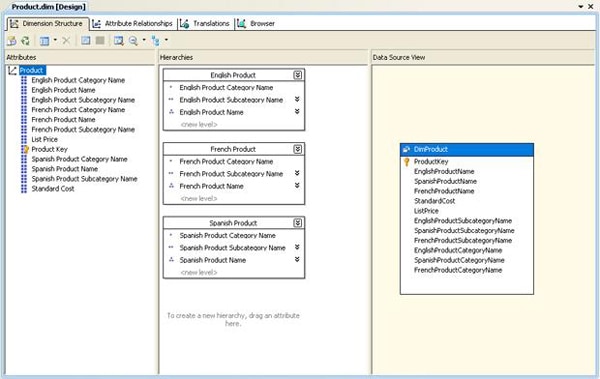 Figure 9: Adding hierarchies for the French and Spanish products

Figure 10: Defining attribute relationships for the French and Spanish products

That’s all there is to creating your hierarchies and attribute relationships. Be sure to save your work and redeploy the database. You’ll then be ready to browse the cube. 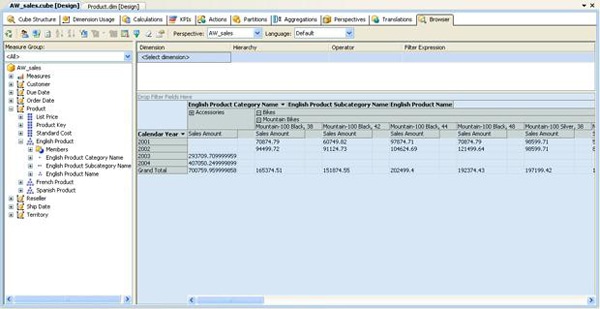 Figure 11: Browsing the cube for products in English

As you can see in Figure 11, I’ve drilled down in the Bikes category and then the Mountain Bikes subcategory. An aggregated value is provided for each product for each year. In addition, if you were to scroll to the right, you would find the total for all mountain bikes for each year, and if you were to scroll all the way to the right, you would find totals for all bikes.

You can just as easily drill down into data for the other languages. For example, Figure 12 shows the aggregated values for products in the Bidon et porte-bidon subcategory of the Accessoire category. Notice that the product Water Bottle is listed in English. That’s because no French name is stored for this product. 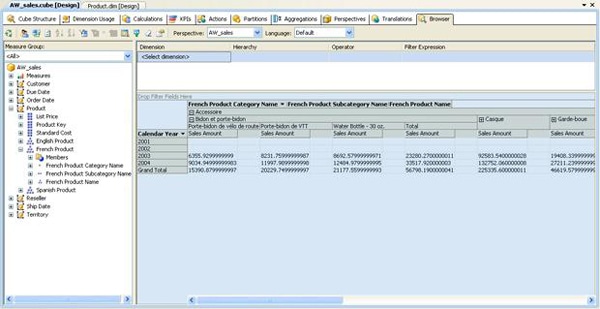 Figure 12: Browsing the cube for products in French

As you can see, the ability to drill into data is a valuable feature when browsing cube data. But you need to implement hierarchies on the database dimensions in order to support that functionality. You can then create the attribute relationships necessary to optimize performance. However, you’re not limited to the hierarchies I’ve described here. For example, you can create a hierarchy based on sales territories, as described earlier in the article. And you can use multiple hierarchies when browsing data. The key is to know the data that you want to include in your cube and to understand the business needs that are driving your decisions for including that data. But as you can see, Analysis Services hierarchies offer plenty of possibilities for displaying that data.

Creating a Date Dimension in a Tabular Model