Glenn Berry: DBA of the Day

Glenn Berry works as a Database Architect at Avalara in Bainbridge Island, Washington. He is a SQL Server MVP, and has a whole collection of Microsoft certifications, including MCITP, MCDBA, MCSE, MCSD, MCAD, and MCTS. As well as working as a DBA, he is an Adjunct Faculty member at the University of Denver, where he has been teaching since 2000. He wrote chapters in the SQL Server MVP Deep Dives books as well as 'SQL Server Hardware' for Simple-Talk.

Glenn Berry is used to do doing things his own way. A former US Marine, who says that, as an infantryman,  he became so tired of walking that  he became a Tank Commander. He first learned to program after persuading a clerk at a Radio Shack store to print out the source code from a Commodore game called B1 Nuclear Bomber. This was then retyped and converted it to a 20 column display with added sound effects. 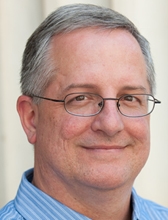 After leaving the forces he studied economics and international affairs thinking it might become useful in his chosen career as an intelligence analyst similar to Tom Clancy’s hero Jack Ryan, the former stockbroker and CIA agent.

Instead Glenn spent his second career rather more prosaically as a developer before discovering he liked being a DBA much better. The job has its similarities; both require the patience of a saint and being fluent in a second language.

If you can speak effectively to five or ten people, you can speak to two or three hundred. As long as you know your material, and are passionate about the subject, you will be fine. Of course, I always feel better after I am done speaking!

RM:
How would you make money from your skills if you weren’t in the job that you are now?
GB:
Hopefully, it would be something related to SQL Server, whether it was consulting or training, or just working as a DBA.
RM:
Is there any moment or event either in IT or computer science would you like to have been at and why?
GB:
It would have been nice to have been Bill Gates best friend at Harvard, and been involved in the absolute beginning of Microsoft. That would have been interesting and very lucrative if you had been in the right place at the right time, and had been able to stick with it. Being around during the early days of Intel would have been a similar situation.

Chuck Lathrope: DBA of the Day

0 3
Chuck Lathrope was a finalist for the Exceptional DBA of the Year award in 2009. We contacted him to find out more about how he became a DBA and for his views about the profession. What is the making of an excptional DBA?… Read more
0 3

0 7
Brad finds Glenn Berry's 'SQL Server Hardware' book to be a valuable reference, not so much for the actual hardware recommendations which will always go out of date, but more for the methodology for selecting hardware, and the wisdom that comes from long experience in doing so.… Read more
0 7