Given that Microsoft now considers Linux a ‘first-class citizen’, SQL Server 2017 offers native support for Linux. It is engineered to be cross-platform, and that’s good news for Linux administrators and open source developers. Microsoft’s support for Linux (and open source in general), has come into clearer focus, and the company’s mission now seems to be all about bringing its tools to wherever its users are.

Microsoft has been known for proprietary software, and this openness to the open source community came as a surprise; the development is quite recent, and one in the right direction. SQL Server has had a myriad of GUI and CLI tools. These tools have also, along with SQL Server itself, have become cross platform. These tools are almost equally as good on Linux as Windows, and they help effectively manage, develop, and administer SQL Server. Some of the tools are:

At first, it seems like a myriad of them. Taking one piece at a time helps with understanding the tools. Let us try to classify these tools based on what they are useful for:

To have a better understanding of what to use these tools for, consider the following points:

In this article, I would like to talk about the ‘DMV TOOL’, a command line, cross-platform tool that allows accessing live data by mounting DMVs (Dynamic Management Views) to a virtual directory using FUSE and by querying file structure as an object. This article covers the following aspects:

The DMV data can also be accessed using various data extraction commands that will be discussed later in this article.

The two most common ways of interacting with systems are the graphical interface (GUI) and the command-line interface (CLI). The former makes interaction easy, but sometimes at the cost of efficiency; the latter has a learning curve, but once you’re comfortable with the command line, you skyrocket in terms of efficiency.

The advent of these tools supercharges the command line interface itself. In general, it’s known that going away from the GUI and using CLI increases efficiency. You really need to start working with command line tools in order to get a taste of efficient management.

Using the DMV Tool, the SQL queries that fetch metadata can be run without the need to directly log into the SQL instance. The tool uses the database configuration file to facilitate database administrators to write commands to fetch the metadata of the SQL instance without directly accessing the underlying system objects. We’ll go through the how-to later in this article.

Database Filesystem (DBFS) uses the FUSE module and creates zero-byte files for each of the DMVs. One of these returns the data in a CSV format and the other in JSON. When a file is read from within the filesystem, the corresponding DMV is queried for information, and the information is displayed as though simply opening a CSV or a JSON file.

One of the major contributions of the Open Source Foundation (OSF) is the ‘everything is a file’ concept. The idea here is that you can envision the interface object—in this case, the DMVs—as directory file system. When the filesystem is mounted, the programs can read data from each DMV file.

Knowing the architecture gives an idea of the metadata about the SQL instance. One’s proficiency with scripting also comes into picture. Some of us write BASH or PowerShell scripts to get data. However, traditional DBAs may prefer fetching the metadata using a SQL query rather using a script. This is because, when we deal with aggregation or data crunching, scripting seems overpowering, and overall, it is inefficient for the job at hand. That brings us to taking advantage of writing a custom query to pull related information.

The installation and configuration of DBFS outlined in this article was tested on CentOS. Since RedHat Enterprise Linux (RHEL) is the upstream distro for CentOS, the instructions are also compatible with RHEL.

The step by step instructions to install DBFS are illustrated below:

The wget utility is a non-interactive free tool to download files from the internet. By non-interactive, I mean that it can work in the background or it doesn’t require much human interference. 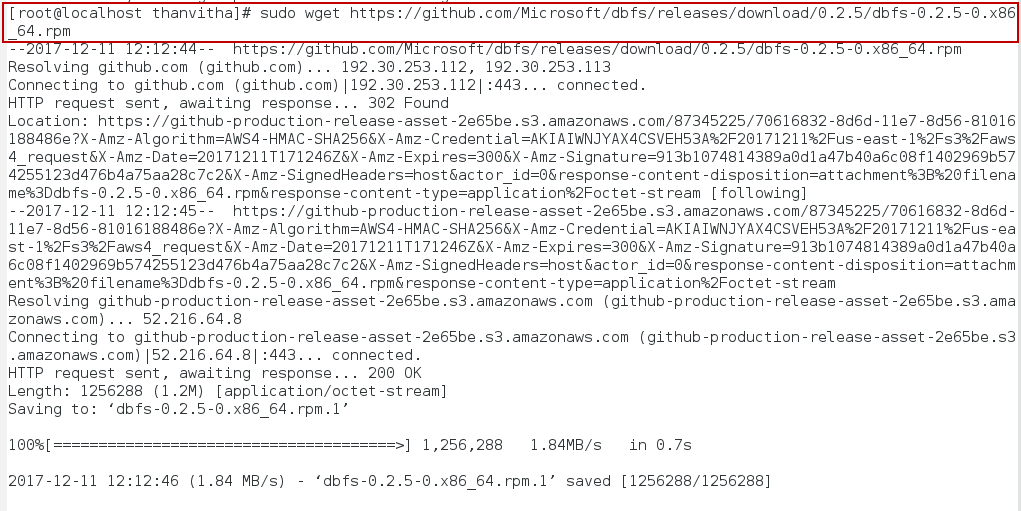 Download the corresponding rpm file for the installation. The downloaded file depends on the base OS version, select the file accordingly. In my case it’s CentOS 7. The process is same for RHEL 7 as well.

Now that the packages are downloaded and installed, you can configure DBFS.

The data extraction from the DMV files is relatively simple. Linux contains a rich collection of tools or command line utilities to manipulate files and related contents using a pattern. The various tools are

The GitHub source has a list of examples to try and explore the possibilities of manipulating the DMV related file structures.

Let me take you through a couple of examples to showcase the simple transformation of flat file concepts using very handy Linux/Unix commands.

To list the case-insensitive DMVs use ls and grep 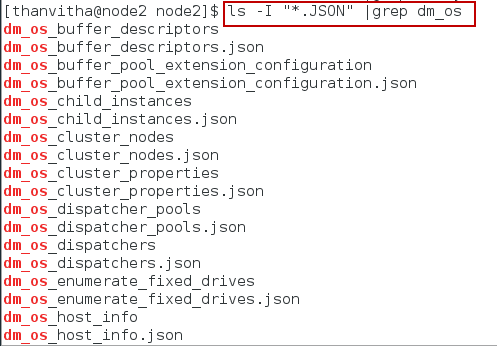 To view the contents of the dm_os_sys_memory, use the CAT command. CAT by default, concatenates the contents in a file and displays it in the StandardOut (the monitor). Alternatively, based on what text editor you have on your distro, you could use any of vi, vim, or even nano commands to view the contents.

To view columns 1,2,6,7 of the databases system table, use CUT

Or print the first column of OS information using AWK 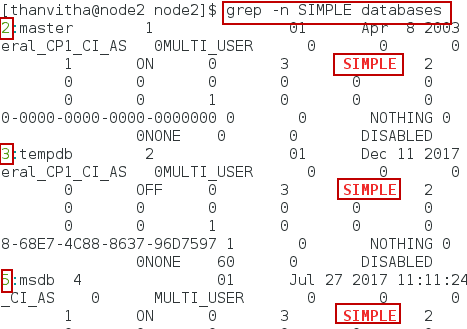 How to Setup DBFS to run custom queries

This section describes the steps required to create custom queries:

Every time you create a custom SQL query, the output is dumped as virtual files which are mounted to a virtual directory. There is no need to log into the SQL Server using a GUI or command line tool or run these SQL queries.

How to edit the custom SQL query

Copy the following SQL into the db.sql file: 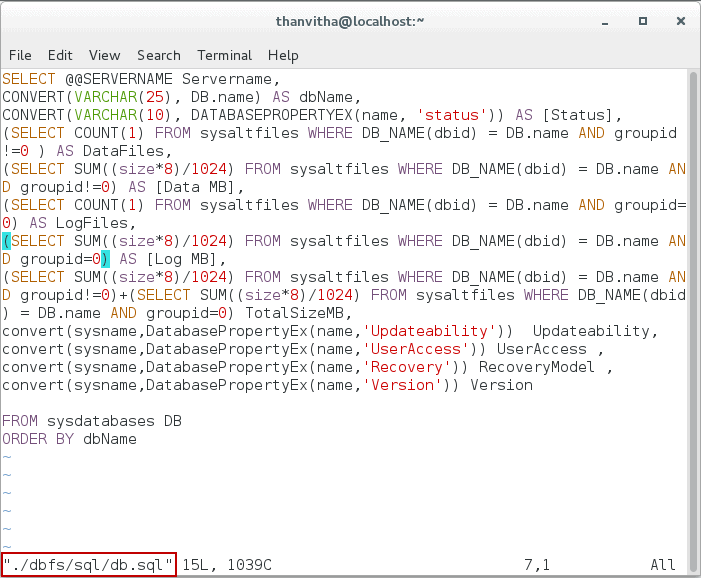 Now browse to the location of the custom query mounted directory, and using cat, display the metadata (the contents of the JSON) in a table-like format.

Since DBFS is a file system, the FUSE module can be manually unmounted using the fusermount command along with the -u option.

It’s a good practice to unmount the filesystem before shutting down the server.

Issue the following command to unmount the dmv1 file. In this case dmv1 is the mount point.

Microsoft’s initiative gives us the ability to consume DMVs related data from the command line in a Linux world. I’m looking forward to seeing more features in this tool!

View all articles by Prashanth Jayaram

0 8
There are many ways to load data into a SQL Server database. In this article, Greg Moore demonstrates how to get PowerShell to do more of the work.… Read more
0 8