Organizations have many choices when it comes to database platforms. Choosing the right one for an application should be based on the application’s characteristics and the platform’s features. In this article, Pushpa Sekhara explains why the Apache Cassandra database might be a good choice and how to get the most from it.

Apache Cassandra database is a distributed, fault tolerant, linearly scalable, column-oriented, NoSQL database. Apache Cassandra is great at handling massive amounts of structured (table has defined columns), and semi-structured (table row doesn’t need to populate all columns) data. Cassandra is a distributed storage system that is designed to scale linearly with the addition of commodity servers, with no single point of failure. Cassandra can be easily scaled across multiple data centers (and regions) to increase the resiliency of the system.

Layers of a Cassandra Cluster 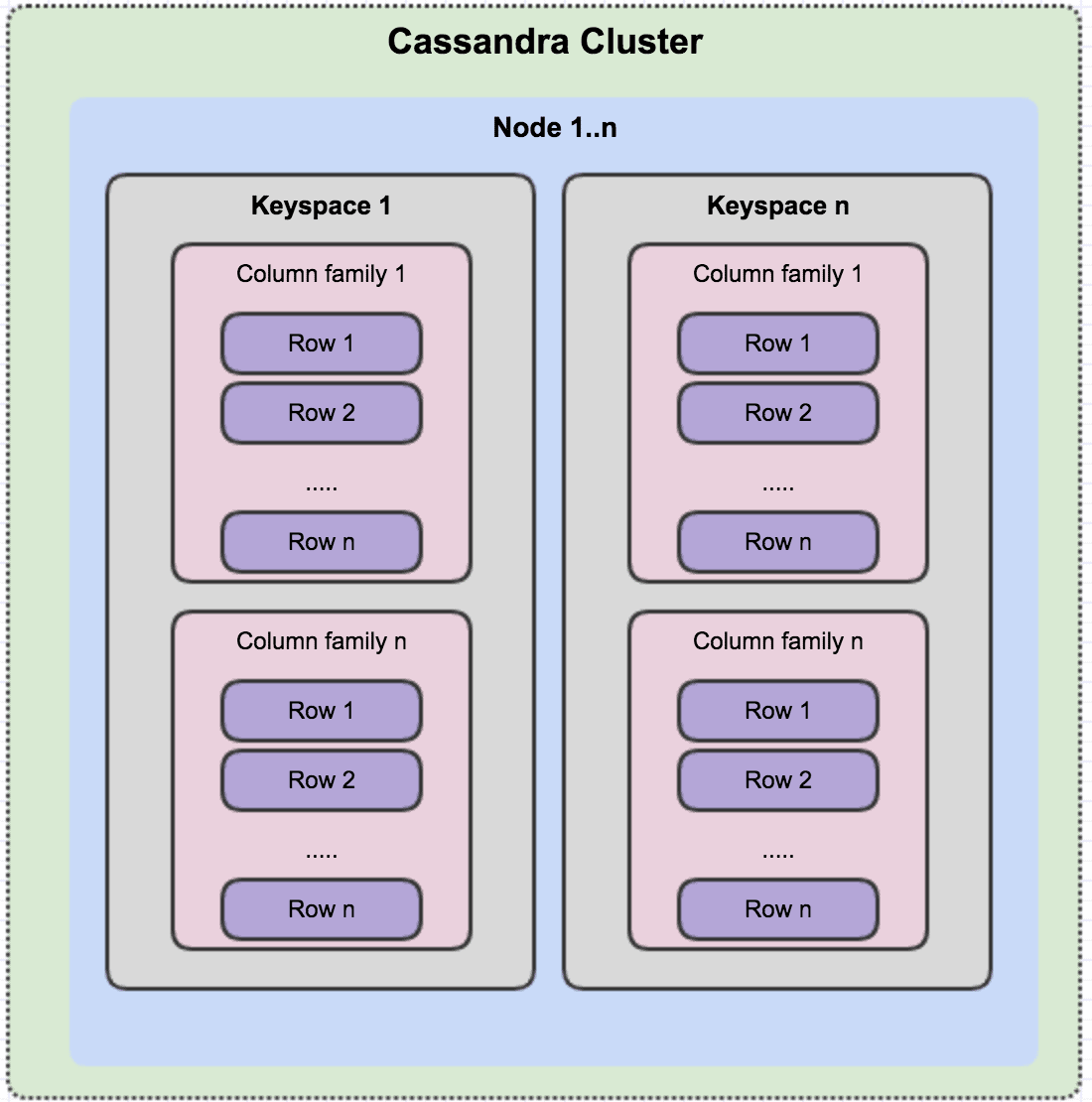 Layers of a Casandra Cluster

Cassandra Cluster in a Single DC

In Multi-data center replication, you need to define the number of replications per DC and Cassandra will replicate accordingly. NetworkTopologyStrategy is used as replication strategy for multi-DC replication.

Is Cassandra the Right Choice for Your Application Workload?

Cassandra database is a good choice for the following use cases:

Cassandra isn’t a good choice for following use cases:

The Cassandra data model and on disk storage are inspired by Google Big Table and the distributed cluster is inspired by Amazon’s Dynamo key-value store. Cassandra’s flexible data model makes it well suited for write-heavy applications.

Picking the right data model helps in enhancing the performance of the Cassandra cluster. In order to come up with a good data model, you need to identify all the queries your application will execute on Cassandra. You should model Cassandra data model around your queries, but not around objects or relations.

The critical part of Cassandra data modeling is to choose the right Row Key (Primary Key) for the column family. The first field in Primary Key is called the Partition Key and all other subsequent fields in primary key are called Clustering Keys.

The Partition Key is useful for locating the data in the node in a cluster, and the clustering key specifies the sorted order of the data within the selected partition. Selecting a proper partition key helps avoid overloading of any one node in a Cassandra cluster.

Determine queries first, then model it

In relational databases, the database schema is first created and then queries are created around the DB Schema. In Cassandra, schema design should be driven by the application queries.

In relational databases, data normalization is a best practice, but in Cassandra data duplication is encouraged to achieve read efficiency.

Garbage collection (GC) is the process by which Java removes objects that don’t have any references in the heap memory. Garbage collection pauses (Stop-the-world events) can create latencies in read and write queries. There are two major types of garbage collection algorithms, G1 garbage collector and CMS (Concurrent Mark and Sweep) garbage collector. G1 GC gives better performance than CMS for large heap sizes but the tradeoff is longer GC times as better explained in this page. Choose right GC for your use case.

If your query response pay load size is over 20 MB, consider additional cache or change in query pattern. Cassandra is not great at handling larger payloads.

There are several things to keep in mind when designing the queries:

Strong understanding of Cassandra architecture and identification of all query patterns in advance help in creating an optimal data model in a Cassandra Cluster. This Article covered some of the use cases around when to use and when not to use Cassandra database. Also, several best practices and tips around how to create right Cassandra data model, and how to optimize queries to achieve better performance are covered.

Pushpa Sekhara Reddy Matli is an Enterprise Architect with more than 15 years of IT experience in analyzing, planning, and designing enterprise applications using a comprehensive approach. He has successfully architected, executed and implemented various highly scalable and highly available solutions for large complex projects in multiple domains such as Video, Finance and Logistics for Fortune 500 companies. Pushpa Sekhara is also a AWS Certified Solutions Architect, Certified Administrator and Developer on Apache Cassandra.

How to choose between SQL and NoSQL databases

0 83
Organizations have many choices when it comes to databases. In this article, Robert Sheldon explains how to choose between SQL and NoSQL databases.… Read more
0 83