A Cynic’s Top Ten Tips for IT Contractors

As autumn approaches, Patrick Index produces ten hot chestnuts for IT Contractors like himself, with a jaundiced 'contractors-eye view'.

This is all obvious stuff but you may be new to contracting.

You need to build into your rate the cost of the following: – bank holidays, annual holidays, sick days (which you won’t be paid for when you might actually be sick), your pension contributions, insurance policies (e.g. medical insurance or professional indemnity insurance), time taken between contracts looking for work and your own personal development and training (you need to budget and send yourself on at least 2 training courses per annum to keep up to date with current technologies and practices). 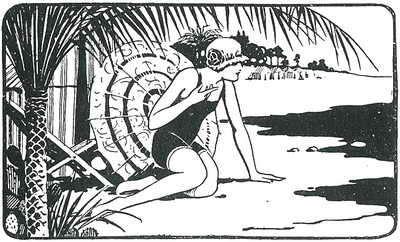 …it is highly unlikely that you will be doing fee earning work
for more than 40 weeks in any one year.

A good benchmark is to presume that it is highly unlikely that you will be doing fee earning work for more than 40 weeks in any one year.

You can also stipulate to the agent that your payment rate is two tier depending on the sector of the final employer. In other words you would expect a higher rate for a city based job (include oil companies and pharmaceutical companies and any other businesses making excessive profits in your top tier – for example supermarkets).

Be suspicious of a client who does not give you a reasonably vigorous technical test of some sort. These are very easy for the client to set up and the lack of them indicates a business with an IT department probably filled with chancers (after all they probably didn’t have to take any tests) who are best avoided. Some technical tests are unfortunately designed to try and “catch you out” which again defeats the purpose of the test and indicates an IT manager lacking in intelligence who would not be worth working with.

3. Negotiating rates with your agency

One thing you can do is ask the agent what their rate is. In other words you can counter with questions like; What is the agent’s percentage commission? Is the agency’s percentage negotiable? Would they consider a lower commission?

Quite often when you have done a good interview and the potential client is obviously interested in hiring you, the agency will attempt to drive your rate down (or more likely drive their commission up) by coming up with a story along the lines of “the client needs to decide between you and ‘another candidate’ who is prepared to take the job for xxx rate so if you don’t accept the job on the lower rate then ‘the other candidate’ will get the job”. This is the time to be strong and tell the agent that you don’t want the job at the reduced rate. If you can tough it out you may find that surprise, surprise the agent will call you back a few minutes later to say that the client has agreed your original rate and there is no further mention of this ‘other candidate’!

Never agree to work with an agent who will not pay you either weekly or at least fortnightly (and this is pushing the boat out). It’s madness, so don’t do it. You can never be 100% sure about the trading history or the integrity of an agency even from the statutory company searches available to you.

Quite often I have found that an agent who says he normally only pays monthly will be able to make “a special case for you” (and pay weekly) if you refuse to sign up to their slow payment terms.

The length of contract being offered is one of the key indicators of the quality of the final client and their attitude to you (the contractor). A six month contract normally indicates a sensible client with a sound grasp of all the steps involved in the software development life-cycle. A three month contract normally indicates a client who little understanding of software development, whose systems are more than likely in meltdown. If a potential client cannot commit to a 6 month contract for you to sort out their problems then they are probably not worth working for. The client can after all almost certainly terminate your contract with a weeks notice so it is not as if they are going out on a limb.

Contracts can go bad for a number of reasons (utter boredom being one of them). If you have a one week notice period then it is quite straightforward to pull the plug and move on. Also beware of contract small print which might penalise you if you terminate the contract prior to the end date.

I once terminated a contract a month early (to get married as it happens) and the agent deducted his commission he would have earned for the last month from my final invoice.

I am not sure if this was legal but at the time I had more important things on my mind so I never pursued the agency in law.

Personally I have not set a good example in this area but not every agent/agency are totally useless (in 14 years of contracting I have maybe come across 1 or 2 good agents so it’s not all doom and gloom!) and it is probably better in the long run to humour them rather than treat them with distain. Their primary role (once you have nailed the job interview) is to ensure that you are paid promptly and possibly act as a buffer between you and the client if required. 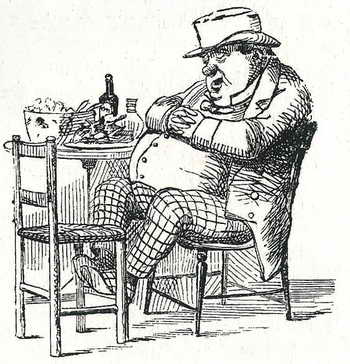 Never show any surprise at the number of sickies, holidays, away-days, jollies, business lunches, personal phone calls, hours surfing, hours or even days spent in deep concentration doing expenses, unnecessary meetings, cigarette breaks (even if they don’t smoke) and so on that some permies indulge themselves with. Also never be too alarmed at the lack of productivity and professionalism of permies.

The inability of some permanent staff to deliver just an iota of productive effort is one of the main reasons why you have been employed by the company. As you can see for yourself the company has long since given up requiring their employees to get anything done.

In my experience of contracting I have found that for most days I have been able to deliver some distinct part or component of a system for each day worked. However there will be lulls where you may be waiting for more work or for some decision to be made.

You should not feel guilty during one of these lulls. In fact you should use it as an opportunity for doing your own research and personal development. It is up to your manager to make sure you have enough work to do. If he cannot provide a steady stream of work then that is not your problem (he or she was probably not expecting you to work so efficiently).

When I first started contracting I believed I had to account for every second of my working day with productive work to justify the ludicrous amounts I was being paid. Be content in the knowledge that your 2 hour bursts of concentration will be the equivalent of a whole weeks worth of effort from one permie.

If anyone ask you if you would be interested in a permanent role, just say no unless of course are looking for early retirement. Better still if your contract is up for renewal then put your rate up. 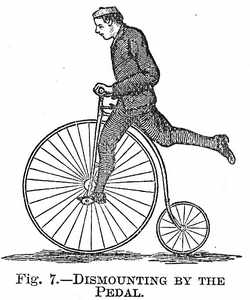 This is probably only for those who live reasonably close to their workplace.

Buy a bicycle and put the costs through your company and get your accountant to sort out the intricacies of claiming for it.

You will save untold amounts of money on rail fares, get to work on time and of course help save the planet.

p.s also get a pannier instead of that large heavy bag on your back and stop trying to look like a cool cycle courier!