Geek of the Week: Joe Celko

Joe Celko, the Database Developer and writer from Austin Texas, is not a man to mince his words. His encyclopedic grasp of SQL and relational Databases in general comes from a mix of academic knowledge and practical experience. In discussions he can be fascinating, cantankerous, amusing and satirical, but he is never ever dull, as Richard Morris found out when we sent him to interview the SQL language's most famous advocate. 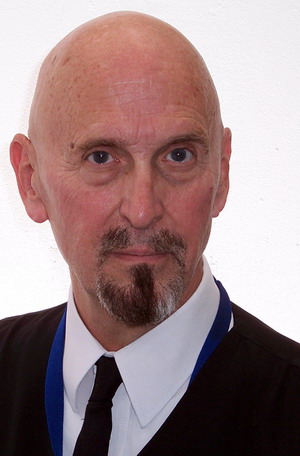 A while back, a forum discussion debated the idea that Joe Celko didn’t really exist, but instead, his writings were actually produced a team of authors. Characteristically, Joe was in amongst the many who contributed, relishing the incongruity, and arguing for the reality of his existence.  Joe is not your average academic theorist.

Joe is a well known SQL expert, and Relational Database guru who has been very widely published. He is a regular columnist for Simple-Talk and has written for dozens of publications including ‘Celko’ in Intelligent Enterprise magazine (CMP); BMC’s DBAzine.com e-magazine; ‘SQL Explorer’ in DBMS,  “Celko on Software” in Computing.. He was editor for the “Puzzles & Problems” section of ABACUS.

He has written eight books on SQL and databases for Morgan-Kaufmann, including the best-selling: SQL for Smarties, SQL Puzzles & Answers (1997), Data & Databases in 1999 and Trees & Hierarchies in 2004), Standards in SQL is currently in production.

His books have been translated into Russian, Japanese, Chinese, French and Hungarian.  He has had over a dozen regular monthly or biweekly columns in the computer trade and academic press in the US and Europe.

Joe’s writing-style varies considerably, depending on the publication. His academic textbooks are ubiquitous for database training courses, but in his more informal writing, he often allows rich vein of dry humour to pervade his writing style.

When I mention coupling and
cohesion, tiered architectures,
structured programming…it’s
like being in a fish market
– rows of cold dead eyes with
open mouths looking back at me.

As well as writing Joe, has found the time run training classes in South Africa, Turkey, the UK, Norway, Sweden, Finland, The Netherlands, Brazil, Belgium, and Switzerland.  He has also taught on-line classes for MySQL. His last full-time job was with the founding of Neumont University in Salt Lake City; a for-profit start-up for software developers.

He achieved his under grad and first Masters in Math (Georgia State University) and he has been a full-time statistician for several years.  His second Masters is in Computer Science which he gained from Georgia Tech.

Joe Celko will be speaking at the forthcoming SQL Server Connections at Las Vegas , part of DevConnections. The annual spring event is held in Orlando, FL, and the annual fall event is held in Las Vegas.Joe will be presenting two session: Darling, Your SQL is Sooo Last Season! and Naming and Modeling Data Objects.

SQL Server Connections is going to be held November 9-12, 2009, at the Mandalay Bay Hotel and Conference Center in Las Vegas, NV