Setting Up Your Environments

To try out the examples in this article, you need a test environment that includes a contained database. On my system, I used SQL Server Management Studio (SSMS) to create a simple database and populate it with data from the WideWorldImporters database, although you can use any data that fits your needs.

Before you can implement a contained database, you must enable the SQL Server instance to support this feature, if it’s not already enabled. To use T-SQL to enable contained databases, run the following EXECUTE statement:

The EXECUTE statement calls the sp_configure stored procedure to set the contained database authentication setting to 1 (on). You should then run the RECONFIGURE statement to implement the changes.

For the examples in this article, create the ImportSales1 contained database, using the following T-SQL script:

After you create the ImportSales1 database, you can add tables and then populate them, just like you can with a non-contained database. To support the examples in the rest of the article, use the following T-SQL script:

The script creates the Sales schema, adds the Customers table to the schema, and then populates the table with data from the WideWorldImporters database. The SELECT statement’s WHERE clause limits the results to those rows with a BuyingGroupName value that is NOT NULL (402 rows on my system). If you create a different structure or use different data, be sure to modify the remaining examples as necessary.

SQL Server supports two types of contained users: SQL user with password and Windows user. The password-based user is a database user that is assigned a password for authenticating directly to the database. The user is not associated with any Windows accounts.

When a password-based user tries to access a contained database, the user account is authenticated at the database level, rather than the server level. In addition, all authorization granted through assigned permissions is limited to the database.

The second type of contained database user—Windows user—is based on a Windows account, either local or domain. The Windows computer or Active Directory service authenticates the user and passes an access token onto the database. As with password-based users, authorization also occurs within the database according to how permissions have been granted or denied.

In the following example, the CREATE USER statement defines a user based on the winuser02 local account, which I created on the win10b computer:

Whenever referencing a Windows account in this way, you must use the following format, including the brackets (unless enclosing the account in quotes):

After you’ve created your contained users, you can grant, deny, or revoke permissions just like you can with any database users. For example, the following GRANT statement grants the SELECT permission on the Sales schema to both users:

You can also add contained users to fixed and user-defined database roles, and assign permissions to the user-defined roles. For more information about creating database users and granting them permissions, refer back to the second article in this series.

When working with contained databases, you might find that some users need to be able to access multiple databases. For password-based users (SQL user with password), you should create the same user in each database, assigning the same password and security identifier (SID) to each user instance.

One way to get the SID is to retrieve it from the sys.database_principals system view after creating the first user, as shown in the following example:

The SELECT statement returns the SID value for the sqluser02 user in the ImportSales1 database. The returned value will be unique to that user and will be in a form similar to the following:

You should use this value whenever you duplicate the user in other contained databases. To see how this works, you can create a database similar to the ImportSales1 database but instead name it ImportSales2, as in the following example:

The script creates the ImportSales2 database, adds the Sales schema to the database, adds the Customers table to the schema, and populates the table with 261 rows of data from the WideWorldImporters database. In this case, the WHERE clause filters for NULL values, rather than NOT NULL.

Next, create the sqluser02 user in the ImportSales2 database, only this time, include an SID clause that specifies the user’s SID from the ImportSales1 database, as shown in the following example:

To create a duplicate Windows-based user, use the same CREATE USER statement you used in the ImportSales1 database:

You can also use the same GRANT statement to assign the SELECT permission to the Sales schema for both users:

On my system, the SELECT statement returns 261 rows because the statement ran within the context of the last specified database, ImportSales2. However, the sqluser02 user exists in both databases, sharing the same name, password, and SID, so you should be able to query the Customers table in both databases, as in the following example:

Unfortunately, if you try to run the statement, you’ll receive an error similar to the following:

The problem is not with how you’ve set up the user accounts or query, but rather with how the TRUSTWORTHY database property is configured. The property determines whether the SQL Server instance trusts the database and the contents within it. Although this might seem to have little to do with contained databases, the TRUSTWORTHY property must be set to ON for the ImportSales2 database because you’re running the query within the context of that database but trying to access data in the ImportSales1 database.

By default, the TRUSTWORTHY property is set to OFF to reduce certain types of threats. You can find more information about the property in the SQL Server help topic TRUSTWORTHY Database Property.

Before setting the property, you must be sure you’re working in the correct execution context. If you’ve been following along with the examples, your session might still be operating within the context of the sqluser02 user. This is because the UNION ALL query in the last example failed, which means that the REVERT statement never ran. As a result, your current SQL Server session is still be running within the execution context of the sqluser02 user. To correct this situation, simply rerun the REVERT statement.

At any point, you can verify the current execution context by calling the CURRENT_USER function:

Once you’ve established that you’re working within the context of the correct user, run the following ALTER DATABASE statement to set the TRUSTWORTHY property to ON:

Now when you run the following query, it should return the 663 rows from the two tables:

You should also receive the same results if you run the query under the execution context of the win10b\winuser02 user, as shown in the following example:

I created and ran all the above examples in SSMS. If you try them out for yourselves, you’ll also likely use SSMS or SQL Server Data Tools (SSDT). In the real world, however, most connections will be through third-party scripts, utilities, or applications. In such cases, the connection string that establishes the connection to the contained database must specify that database as the initial catalog. Otherwise the connection will fail.

Because SQL Server contained databases are only partially contained, they can include users mapped to server logins. The users might have existed before changing the database to a contained state, or they might have been added after the fact. In either case, the database is less portable because of its login connections.

SQL Server provides the sp_migrate_user_to_contained system stored procedure for quickly unlinking database users from their associated SQL Server logins. To see how this works, start by creating the following user in the ImportSales1 database:

After you create the database user, you can test that it has the expected access by running the following query:

The query should return all the rows from the Customers table in the ImportSales1 database.

If you view the user’s properties in Object Explorer in SSMS, you’ll find that the General tab shows the associated login as sqluser01 and the user type as SQL user with login, as shown in Figure 1 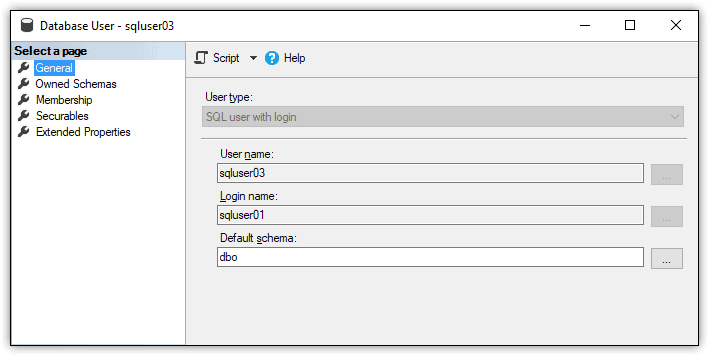 Figure 1. Database user based on a SQL Server login

To unlink this user from the SQL Server login, run the sp_migrate_user_to_contained stored procedure, specifying the database user that you want to migrate, as shown in the following example:

After you run the EXECUTE statement, reopen the properties for the sqluser03 user. You’ll find that a login is no longer associated with the user and that the user type has been changed to SQL user with password, as shown in Figure 2. 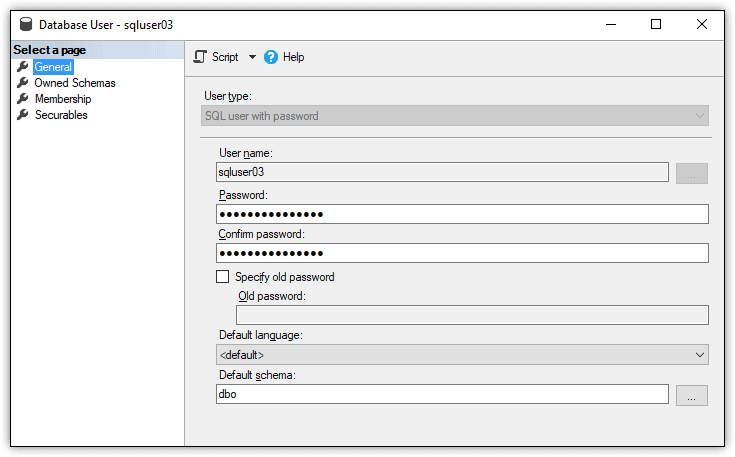 When you unlink a database user from a login, SQL Server assign’s the login’s password to the user, as indicated in the figure. As a security best practice, you should reset the user’s password at this point. If you were to now rerun the following query, you should again receive the same rows from the ImportSales1 database:

By unlinking the login from the database user, you can take full advantage of the portability inherent in contained databases. Be aware, however, that the sp_migrate_user_to_contained stored procedure works only for SQL Server logins and not Windows logins.

Contained databases can make it easier to move a database from one SQL Server instance to another, without having to worry about duplicating login information between those instances. However, before implementing contained databases, you should be familiar with Microsoft’s security guidelines, described in the SQL Server help topic Security Best Practices with Contained Databases. The topic explains some of the subtler aspects of controlling access to contained databases, particularly when it comes to roles and permissions.

0 5
Database administrators can never stop thinking about security. In this article, Fabiano Amorim shows how data can be revealed through error messages when views are used to secure rows.… Read more
0 5