A TDD Journey: 1-Trials and Tribulations

Test-Driven Development (TDD) has a misleading name, because the objective is to design and specify that the system you are developing behaves in the ways that the customer expects, and to prove that it does so for the lifetime of the system. It isn't an intuitive way of coding but by automating the specifications of a system, we end up with tests and documentation as a by-product. Michael Sorens starts an introduction to TDD that is more of a journey in six parts:

Ask someone experienced in Test Driven Development (TDD)-someone who has used it successfully-to show you how to practice it, and he/she will show you the correct way to do it, and you will be off and running. But… if you then ask someone else experienced in TDD you will learn a different, yet also correct, way to do it. In fact, everyone will develop their own unique style for practicing TDD. So what you are about to read is how I approach TDD. It is not “the” way to practice TDD but “a” way. Of course I am biased when I say that along the spectrum of good and bad TDD styles, it is a pretty good way to do TDD. But I will back that up by saying that (a) it is not really “mine” in isolation but rather it is my personal slant on a style mutually developed by the project team I work with, and (b) it evolved and was used on a reasonably complex, enterprise application over the course of more than a year and it worked (nay, continues to work) very well.

A Never-Before Attempted Feat of Derring-Do

Your average article aspiring to teach TDD provides a lot of theory then suggests you find some TDD katas and dive right in. Don’t get me wrong, code katas are great. They are powerful learning tools. But if you do not know how to drive a car and someone tells you to just get in, start the car, and go, then yes, you might be able to move the car from point A to point B but you might not do it as safely as you should be (letting a light bump of the car in front of you be your guide as to when to stop at a traffic light) or you might be putting a lot more wear and tear on the car than you should be (leaving the parking brake engaged will not hinder your driving much, but you will have to have the brake serviced a lot sooner!), etc.

“The story you are about to hear is true. Only the names have been changed to protect the innocent.” 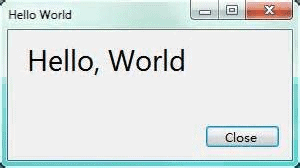 (If WinForms is not your cup of tea, mentally substitute web page or widget or any other GUI platform you like.)You looked at this and thought this is hard. You look at it now and think this is easy!

Well, here you are again at the same point. TDD is hard. Well, it is more that TDD takes some getting used to-along with a whole slew of myriad minutiae-which make it seem hard. This series of articles, if successful, will guide you through the muck and mire to dramatically reduce the slope of your learning curve, to help you achieve what Stuart Firestein, neuroscientist and chair of Biological Sciences at Columbia calls a higher quality of ignorance (see his TED talk The Pursuit of Ignorance). His context was actually the pursuit of knowledge in pure science, where answers are not known, but I think his ideas apply equally well to learning even when the answers are already known… just not by you. “Ignorance” in this context does not refer to stupidity or refusing to accept common truths, but rather it has a strictly positive connotation: referring to gaps in knowledge of an intelligent person. 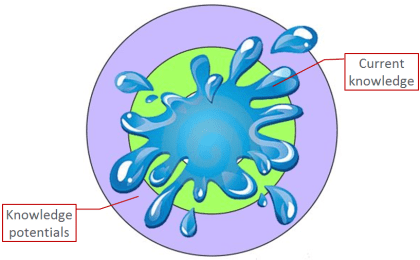 TDD, for those who have not done it, is rather different. Per Grant Lammi, in Dr. Dobb’s Journal:

You just don’t start out with a good comfort level due to unfamiliarity. But consider the potential benefits. TDD:

That last one should sound intriguing… consider it a teaser that we will get back to shortly.

Theory and Practice in 5 Minutes

TDD Theory can be boiled down to two things: the Three Laws and the Red-Green-Refactor technique. These are in essence two perspectives on the same thing with a slightly different focus. I like the Three Laws for their specificity on what you should strive to do at any instant, and I like the Red-Green-Refactor technique for forcing you to be conscious about keeping things tidy all the time.

The critical implicit directive in the refactor step is that you want to cleanup, streamline, and otherwise improve your production code while not changing its behavior in any way. Using TDD all of your production code is covered by tests so once you have refactored if all your tests are still green you have satisfied that directive. The other implicit directive here is, as they say in the movie biz, “That’s a wrap. Print it!” In other words, take what you have at this point and preserve it-by committing to source control. That way you can always return to this state of good, working code should your next chunk of work take you down some dark, dingy alley.

A Whopper of a Misnomer

OK, the third thing you should understand before diving in is that Test Driven Development is not at all about testing!

What is TDD, exactly? I think Jack Sparrow said it best in his well-known talk on software methodology 😉 using this nautical analogy:

That’s a useful start, but it even more useful to consider this: with all this talk about testing and the prevalence of the word test all over the place-even in the name-it is easy to get the idea that Test-Driven Development is about, well, testing. Scott Bellware, in Behavior-Driven Development, clarifies this well:

“Folks who do TDD for a while typically come to the conclusion that the only thing that TDD has to do with testing is the appearance of the word test in its name. That’s a bit of an exaggeration, but it’s a common one used by TDD’ers to help clarify the issue. We use unit testing frameworks to do TDD, and we write the example code in methods that can be executed by the test runners that come with unit testing frameworks, but that’s about the end of the commonalities between TDD and testing… TDD’s essential goal is to design and specify the behaviors of the system according to the expectations of the customer, and to be able to consistently prove that those behaviors work according to those expectations for as long as the product lives.”

“The entities we write are not actually tests. They are specifications. What we are doing is replacing traditional specs with automated specs. The process of writing the specification is an analysis task, one that leaves behind a suite of tests as a side-effect artifact…”

And finally, Uncle Bob (from Agile Software Development) chimes in with:

To my mind, Test-Driven Development is easier to understand, manage, and use, when you think of it as Behavior-Driven Development. That is, you are not writing tests: you are writing (verifiable) behaviors. Originally developed by Dan North as a response to issues encountered teaching TDD, BDD typically has a broader scope. It typically involves business analysts, users, and user stories. But using it at a more fine-grained level, as a developer in a more narrow focus, I find quite useful.

With BDD, according to Dan North in Introducing BDD, the challenging questions of TDD become straightforward:

Wrestling with these questions is what makes TDD seem to have such a steep learning curve. But if you think in terms of behaviors… not so much. Keep these questions in mind as we delve into the actual code construction in part 2!

Test Driven Development can be done in most any language, and each language will have its own tools and techniques to support TDD. The code we will build is in C# using Visual Studio 2013. Even with that specificity, there are many choices you might make on specific tools. As we proceed in subsequent installments, I am going to introduce tools that I prefer, but in most cases you should be able to easily swap in your own favorite without any issue. Here are the main tools you will see me using, with other popular alternatives.

You will see how these all come into play in subsequent parts of this series. Beginning with the next installment, we dive right in to creating code from scratch using Test-Driven Development. As we go I will introduce the tools above along with design patterns and other techniques that will streamline your development process. There are a lot of pieces to mentally juggle, particularly when you are first starting out, but I believe that learning something then seeing it applied immediately, will help you keep everything organized in your head.