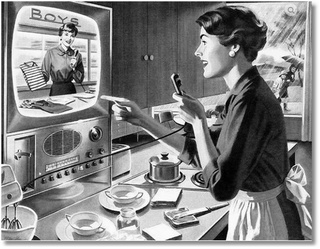 I learned a great deal from a cynical old programmer who once told me that the ideal length of time for a compiler to do its work was the same time it took to roll a cigarette. For development work, this is oh so true. After intently looking at the editing window for an hour or so, it was a relief to look up, stretch, focus the eyes on something else, and roll the possibly-metaphorical cigarette. This was software tuned to humanity.

Likewise, a user’s perception of the “ideal” time that an application will take to move from frame to frame, to retrieve information, or to process their input has remained remarkably static for about thirty years, at around 200 ms. Anything else appears, and always has, to be either fast or slow. This could explain why commercial applications, unlike games, simulations and communications, aren’t noticeably faster now than they were when I started programming in the Seventies. Sure, they do a great deal more, but the SLAs that I negotiated in the 1980s for application performance are very similar to what they are nowadays.

To prove to myself that this wasn’t just some rose-tinted misperception on my part, I cranked up a Z80-based Jonos CP/M machine (1985) in the roof-space. Within 20 seconds from cold, it had loaded Wordstar and I was ready to write. OK, I got it wrong: some things were faster 30 years ago. Sure, I’d now have had all sorts of animations, wizzy graphics, and other comforting features, but it seems a pity that we have used all that extra CPU and memory to increase the scope of what we develop, and the graphical prettiness, but not to speed the processes needed to complete a business procedure. 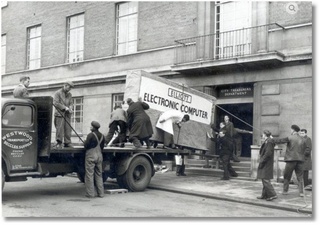 To achieve 200 ms response times on a Z80, or similar, performance considerations influenced everything one did as a developer. If it meant writing an entire application in assembly code, applying every smart algorithm, and shortcut imaginable to get the application to perform to spec, then so be it. As a result, I’m a dyed-in-the-wool performance freak and find it difficult to change my habits. Conversely, many developers now seem to feel quite differently. While all will acknowledge that performance is important, it’s no longer the virtue is once was, and other factors such as user-experience now take precedence.

Am I wrong? If not, then perhaps we need a new school of development technique to rival Agile, dedicated once again to producing applications that smoke the rear wheels rather than pootle elegantly to the shops; that forgo skeuomorphism, cute animation, or architectural elegance in favor of the smell of hot rubber. I struggle to name an application I use that is truly notable for its blistering performance, and would dearly love one to do my everyday work – just as long as it doesn’t go faster than my brain.