An aphorism is a concise or laconic statement that expresses an element of truth, and maybe a sting in the tail. such as ‘I’m an atheist, thank God’, or ‘The bearing of a child takes nine months, no matter how many women are assigned.’ An aphorism that is too often repeated becomes a cliché. 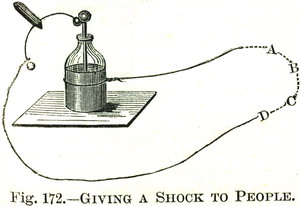 The literature of Information Technology in general is short of aphorisms. It IT, we don’t tend to use them much, Although DBAs will recognise Paul Randal’s famous ‘The answer, as always, is that it depends.’ we generally pine for the seventies when greats such as Fred Brooks Jr, with his classic ‘The Mythical Man-Month’, used the form to perfection. It is full of aphorisms such as ‘our estimating techniques fallaciously confuse effort with progress, hiding the assumption that men and months are interchangeable’, ‘Adding manpower to a late software project makes it later..’, or ‘How does a project get to be a year late?… One day at a time’. Fred Brooks wrote in a flowing prose style of extended aphorisms and the book is as fresh as when it appeared in 1975

I’d like to attempt to revive the tradition of the aphorism in IT writing and presentations, and to get you started I came up with a few to give you the idea of the sort of humour I enjoy. I hope you’ll contribute your own aphorisms as comments.

0 1
In this blog, we compare two of the most popular types of backups in MySQL - backups of a physical and logical nature. Curious what they are and how they work? You've come to the right place.… Read more
0 1