My dad and I had a very interesting and complex relationship. Some of this was due to his complex upbringing. His father was an alcoholic who died fairly early in his life, and his mom, well, his mom liked me a lot, but she was a messed up woman in many ways. After his father left and/or died, she felt she had no choice to put the kids in a Children’s Home (she did work there, too, but did not see them much). He didn’t really know his brothers (3 boys could not have been any different!) One turned out a rather upper class, salesman, college graduate; one was a bit of a okay guy, but kind of sketchy, always working an angle borrowing money from his brothers; and the other was a blue collar, hard-working man who went into the military. The last one was my dad. As such, the influences in his life were people I would never meet, but I knew he appreciated them, as much as he had deep rooted resentment for his parents.

He was a tough father and we were never really pals at all. Part of it was that I was a wannabe athlete, and he could only see from one eye at a time. (This does not go well with tossing a ball. If you don’t believe it, close one eye and go play catch…use a nerf ball, because no depth perception and a ball coming at your head does not go together!)

He worked really hard to get me to pay attention to the details of life in an almost military like manner. Chore day was always rough. He checked my basement sweeping skills every week. While we never exactly got along as pals, a LOT of what I like was inspired by him. His coworkers loved to work with him, because he did things well all the time. My work ethic… well, my desire to get the job done right, in any case, was direct from chore day and seeing his accomplishments. But so many of the things I like were mostly influenced by him.

Music: He got me my first Beatles album, even though he wasn’t a big fan. He had seen them when they were just starting and he was stationed in England in the Air Force

Theme Parks: We only went a few times, it started a love of such things after we went to Carowinds, Tweetsie Railroad, and the long gone Wizard of Oz Land

British Comedy: He had a very dry sense of humor and picked up the love of Britcoms again from his time in England.

Computer Science: He made me take typing. Typing. Boys did not take typing (which was perhaps one of the perks), but he made me take typing because he knew it would be useful, and I am more or less touch typing this now because of it. He didn’t want me to become a mechanic, or work with cars, and he wasn’t keen on my joining the military (which was one of my main regrets when I failed out of the Marines after 13 weeks). He had a good idea that something technical was the place to be for the future.

The Mountains: We vacationed several times on the Blue Ridge Parkway while I was still lived with them. This blog was inspired by a trip I took on Friday where I stopped by a place we visited 40 or so years ago with them. 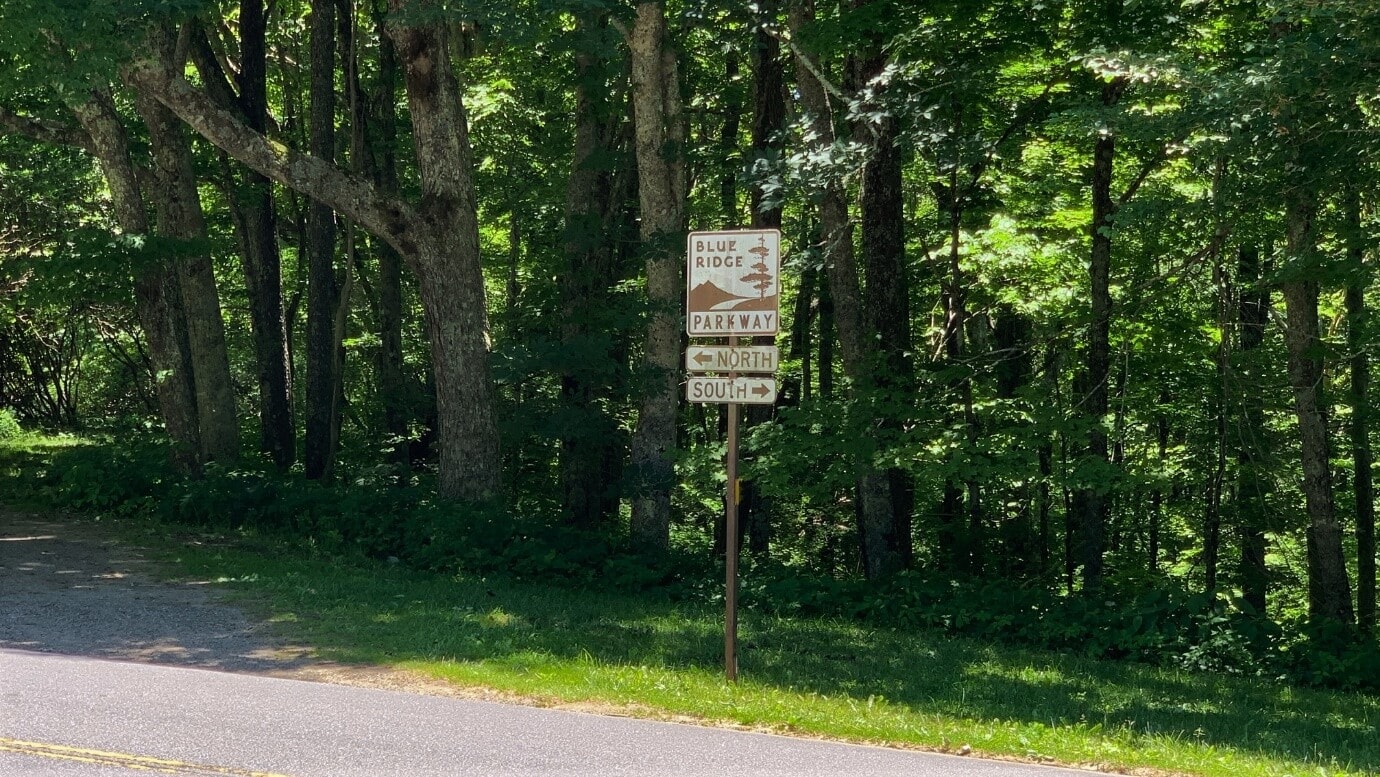 Photography:He took pictures from our theme park trip, and my love of pictures has led me to have twitter accounts as @DisneyPicADay, and @DollywoodP, where I share theme park photos regularly.

The last set of pictures I have if his were really interesting from his time working in Florida during the cleanup of (I am pretty sure) Hurricane Andrew. He worked for the Forest Service, and handled logistics for several major cleanups after natural disasters such as this, and fires. He actually passed away after his work managing (at least some of) the effort to build the Whitewater Venue for the Atlanta Olympics, up in Benton TN.

The other thing I really never understood until today, was just how much he tried to protect me. When I was at least less than 15, but probably 12, we were at a place in the Blue Ridge Parkway called Craggy Gardens. There was this trail up the side of the mountain to Craggy Pinnacle, I don’t know why he didn’t go, I remember us walking some trails together as a family, but he let me go alone as long as I was able to talk to them on the walkie talkies, no cell phones back then, or this wouldn’t be much of a story. (I actually did some work on my phone at the end of this trail today for SQL Saturday Chattanooga, and my day job as well!) 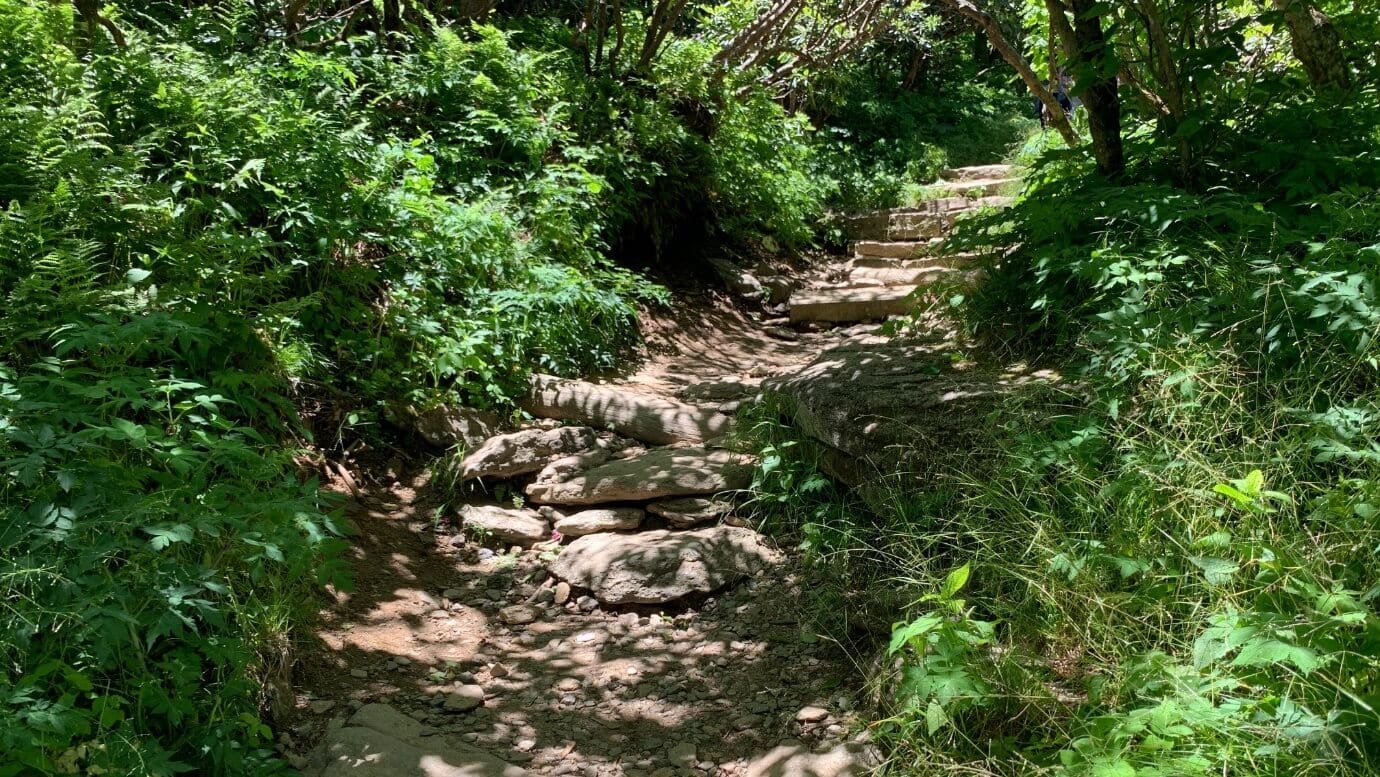 About halfway up or so, the radio stopped connecting well, and he said to come back. I was really mad/sad, and never got a chance to finish the trail…until two days ago. I found it a few years ago on a trip back from Virginia Beach, but have just really worked up to hiking even somewhat difficult trails. As I went up this trail, I realized just why he wouldn’t let me finish by myself. It was a moderately hard trail, and the top was really high up. 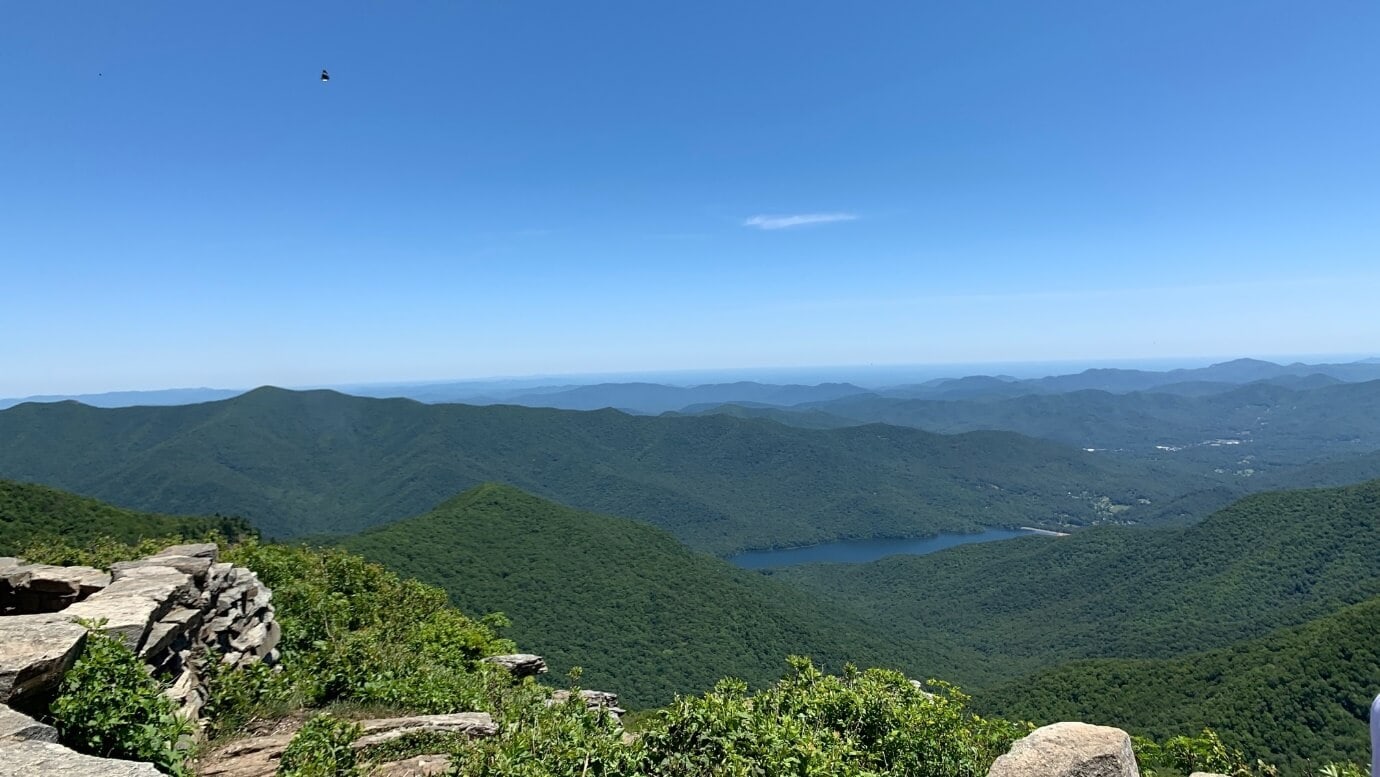 This is the “proof it was actually me up there” picture! 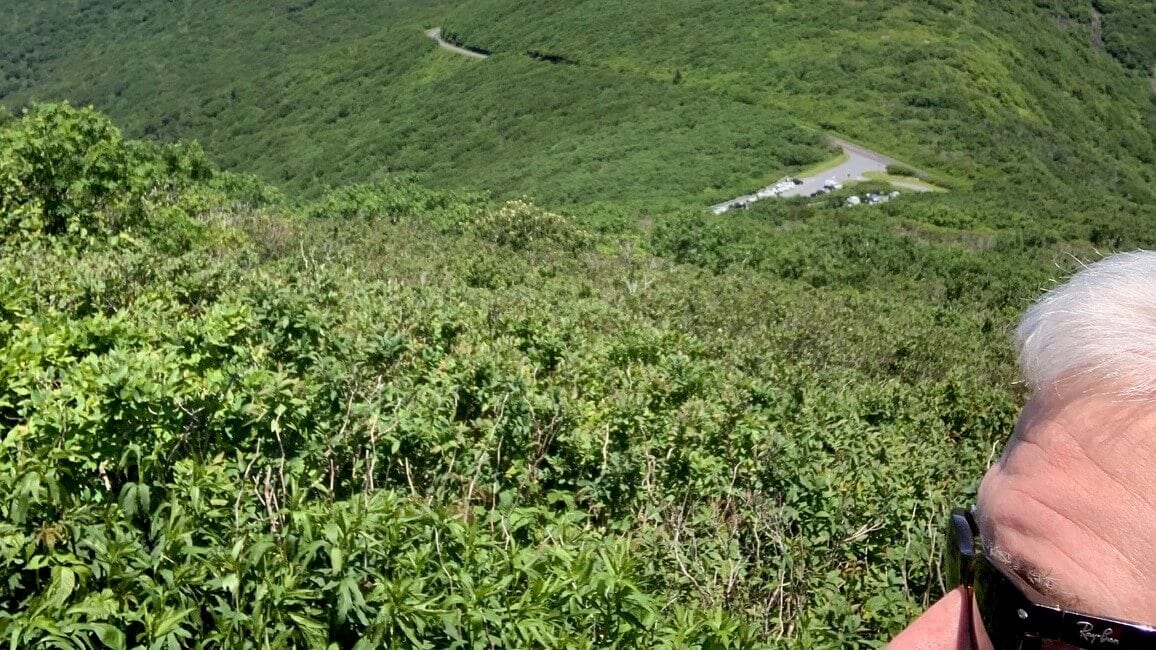 The top is on the top of this hill, and even though it is only about a 250 ft elevation gain, it was not an easy 250 ft for this guy. 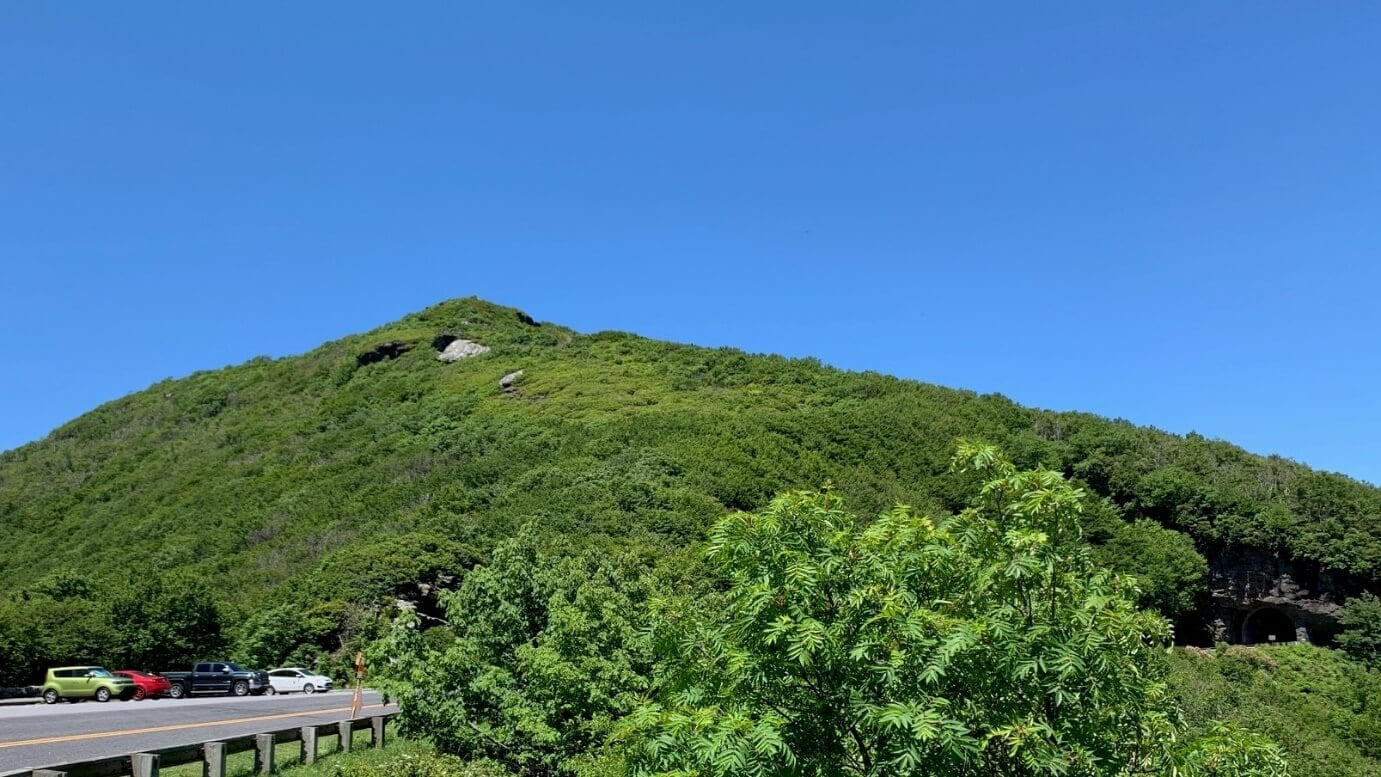 As I was climbing up in the present, it just hit me that he was being protective, especially because the reason we started going to the mountains had been because of something happened on our last trip to the beach, a few years before, I had almost floated out to sea (I couldn’t swim at the time, and only barely can now). He barely saved me that day, and we never went back.

I think the thing to note here, is that if you are a dad (or mom), everything you do will influence your kids, even if you don’t want it to. One day, maybe after you are gone, they will be writing a blog about you on Father’s Day, getting more emotional than you’d probably want them to. I wouldn’t be who I am without him, and I have missed him since he passed away, just a few weeks after Father’s Day in 1996. That was such a long time ago, and I wasn’t ready then, but I never really would have been (unless he passed in a way like my mom, gradually from a degenerative disease, and it was better for her).

He influenced me to get into computers, and you can too. He never pushed, and didn’t really explain his reason for making me take typing at the time. The subtleness of it still amazes me to this day, because he didn’t do a lot of things with me that seemed subtle.

So get out there and have a happy Father’s Day passing on your good traits to your kids (and other kids you work with). Everything you do with them will shape their way of life forever. No pressure!