Snapshots are a useful feature of Windows Server 2008. Taking a snapshot of Active Directory as a scheduled task can prove to be a wise precaution in case disaster strikes. Once they are mounted, they can be accessed by any LDAP tool which allows the user to specify a host name and port number. Ben Lye shows how you can restore attributes to a large numbers of broken distribution groups from a snapshot.

It was a Saturday morning and I was taking care of a few off-hours admin tasks when I got the e-mail message – something had gone wrong with an automated HR process and bad data had been propagated from an HR database into Active Directory.  The bad data had affected thousands of user accounts and subsequently hundreds of Exchange distribution groups.  Not the kind of thing any Exchange or Active Directory administrator wants to hear on any day of the week, let alone at the start of the weekend.

By the time I began working on the issue the source HR data had been fixed and re-synced to Active Directory, but there were still some issues – other automated processes had run causing attributes of objects to change in ways that would not be undone simply by backing out the bad data.

Thoughts of Active Directory restores were going through my mind – how quickly could I get access to the backups, how long would it take to restore, would I have to get tapes loaded, and so on.  Fortunately, some months earlier we had started upgrading our Active Directory domain controllers to Windows Server 2008 R2, and I had set up a scheduled task on one of them to create a nightly snapshot of Active Directory.

The process of creating an Active Directory snapshot is reasonably straightforward:

A snapshot can also be created with a single line ntdsutil.exe command:

The single line command can be used to automate the creation of Active Directory snapshots by putting it in a batch file and using Task Scheduler to automate its execution (with the appropriate credentials).

Once snapshots have been created they can be listed with the ntdsutil.exe list all command:

A snapshot is then mounted using the mount command: 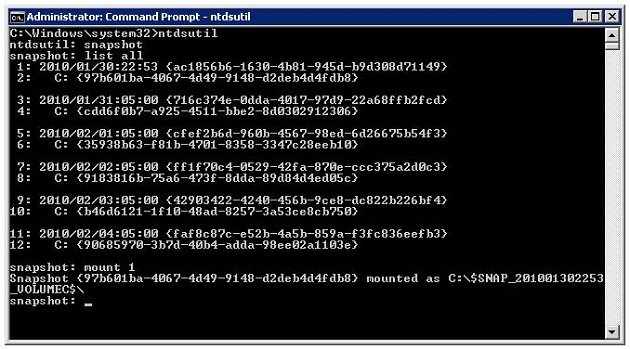 After the snapshot is mounted you can quit ntdsutil.

To export the data we use the dsamain.exe command line utility with the following syntax: 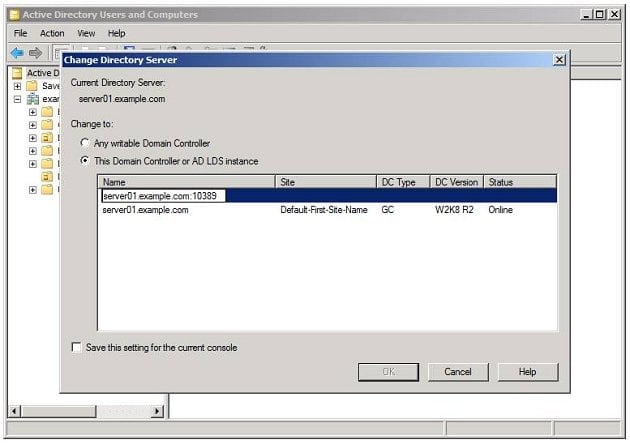 Active Directory Users and Computers is now accessing the snapshot data, and you will notice that the object attributes are read-only. 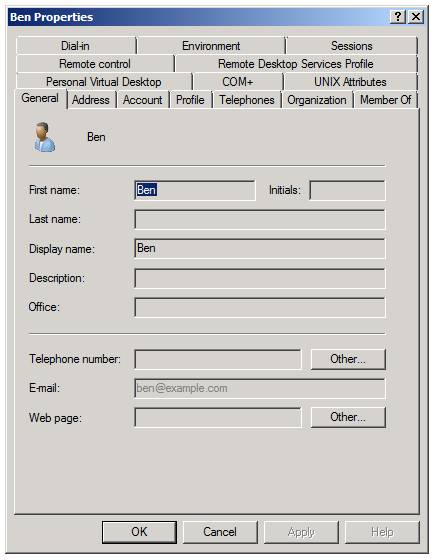 ADUC is good for browsing data to see the historic state which can be useful for looking at individual changes over time, but in my case I needed to restore attributes to a few hundred broken distribution groups.  I needed a method which would allow me to automate this recovery, and the cmdlets and provider included in the Active Directory PowerShell Module were perfect for what I wanted to do. 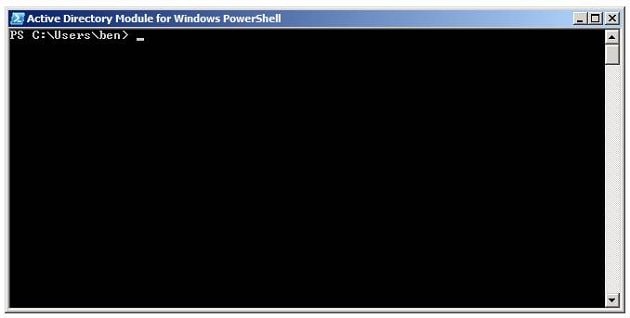 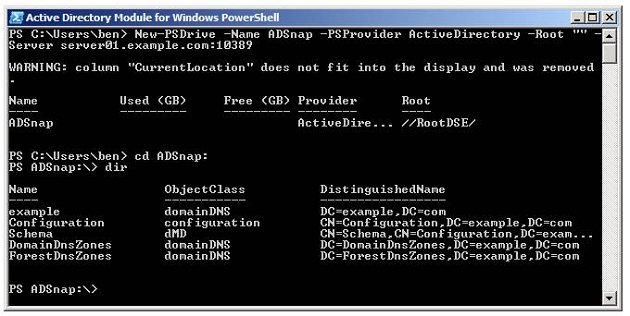 As an alternative to using a PSDriveprovider, individual objects contained in the snapshot can also be accessed directly using the Get-* cmdlets implemented in the Active Directory PowerShell module.  For example, the command will retrieve the details of the user account named “ben” from a snapshot exported on port 10389 of the domain controller server01:

As an example of what I needed to do, imagine that the department and job title attributes of all users have been erased from Active Directory.  You have a snapshot which was taken before the attributes were erased, and it is mounted and exported on port 10389 of a server named server01.example.com.  This short PowerShell script will restore the two missing attributes from the snapshot:

Bear in mind that this is a simple example to illustrate what is possible.  In a real situation you will want to limit the users being retrieved in the initial query by using an appropriate filter, and to avoid errors you should implement checking to ensure that each production object actually exists in the snapshot (to account for objects which were created after the snapshot was taken).

The scenario I’ve illustrated is just one sample of what is possible with Active Directory snapshots.  Because once they are mounted they can be accessed by any LDAP tool which allows the user to specify a host name and port number, they are a very flexible and convenient way of browsing or recovering historic Active Directory data.  My advice is that if you have a Windows 2008 Directory Server in your domain you should create a scheduled task to take regular Active Directory snapshots – you never know when it might save the day.

0 6
Microsoft has introduced an installation option of Windows Server 2016 that provides an operating system designed and optimized for Cloud operations. Microsoft's Nano Server is intended to support and run born-in-the-cloud applications and containers. In this article, Nicolas Prigent explains how to easily and quickly deploy Nano Servers in your server environment, using either PowerShell or a GUI.… Read more
0 6