In Exchange Server 2010 it is possible to make the system more resilient by creating a Database Availability Group (DAG) where the nodes contain multiple server roles.

In Exchange Server 2010 it is possible to create a Database Availability Group (DAG) where the nodes contain multiple server roles. For example, you can create a 2 node DAG where each node contains the Hub Transport, Client Access Server and Mailbox Server roles.

When an inbound SMTP message is delivered on node 1, and the recipient mailbox is on node 1 as well, an additional ‘hop’ is made and the message is rerouted via the second node. This way a shadow copy is created on this 2nd node, and the message is temporarily stored in the transport dumpster of this 2nd node as well. If node 1 completely fails the 2nd Mailbox Server role will request a retransmit of missing data from the 2nd Hub Transport Server role. 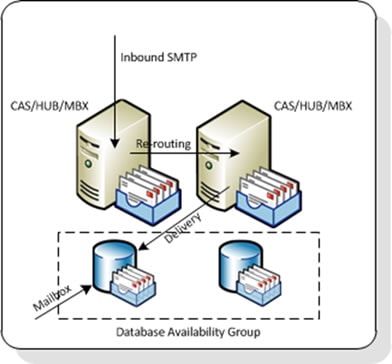 Hub Transport Servers outside the DAG 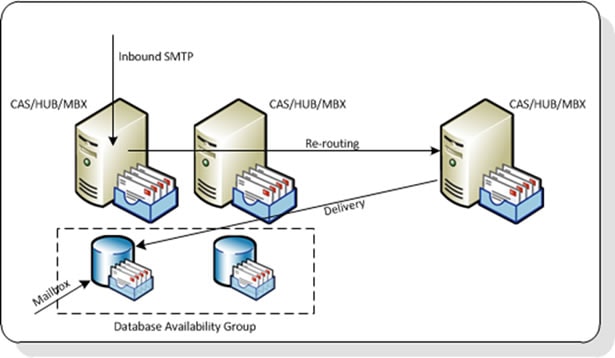