Eric Sink: Geek of the Week

Eric Sink became well-known for his work with the Spyglass browser, which was acquired by Microsoft and morphed into Internet Explorer. Since then, he has succeeded at the difficult double-act of combining programming and the software business. He is living proof that it is possible to master both skills.

Eric Sink is nothing short of a programming evangelist. From his early work at Spyglass where he worked on the original versions of the browser now known as Internet Explorer, to designing the AbiWord project, the free word processing program, through to his founding of SourceGear (one of the fastest growing companies in the US), he continues to develop solutions to problems that lie outside obvious commercial software. 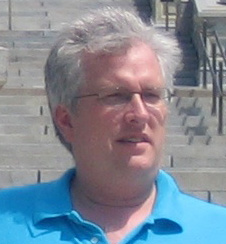 If he isn’t known through SourceGear’s products such as Vault, a control tool which uses SQL Server 2000 for all repository storage, and Fortress which is built on the version control features of Vault but features bug-tracking, he is certainly known for his blog which became the best-selling book Eric Sink on the Business of Software. The book is a collection of essays which originally appeared on the MSDN website from October 2003 to April 2005 – looking at anything from software development, marketing for geeks, to an article on small studios which introduced the term micro-ISV. Eric is also known for his spoof of a Microsoft ad campaign featuring “software legends”, which is embedded in the site.

A software programmer by profession, he has a B.S. in Computer Science from the University of Illinois and lives not far from the campus in Champaign.