Ruby on Rails, the open-source web application framework, grew out of David Heinemeier Hansson's work on Basecamp at 37Signals. It is now so popular with developers that it has been shipped with Mac OSX since 2007, and has a dedicated Windows following. Rail's focus on software engineering patters and Agile philosophy were so intriguing that we decided that DHH should be Geek of the Week.

David Heinemeier Hansson is the Danish programmer who developed the open-source Ruby on Rails (often called ‘Rails’) and so created one of the most popular tools among web developers. It won him the Hacker of the Year Award in 2005. 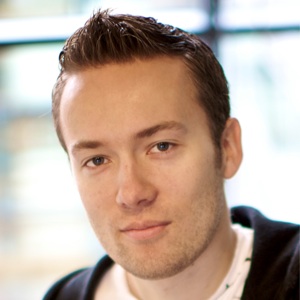 He helped transform the forward-thinking software firm, 37signals, from a consulting company to a web application company by writing the company’s first major release Basecamp, an online project management tool and then released the software that underlies it as an open-source web development framework.

Since then, Ruby on Rails has been used to build several high-profile websites including Twitter and YellowPages.com, and is now being adopted by organizations such as the BBC and LinkedIn.

Many of its converts have been won over by its opinionated philosophy.  Because Rails is Open-source, its development is being driven by a daily contribution of code from thousands of volunteers.

‘I actually tend to find the most rewarding progress to be the cumulative effect of thousands of tiny improvements,’ says Hansson.

‘That’s what sets Rails apart from many of the also-rans. Yes, we’ve had the pleasure of popularising tons of major improvements to web application development, but the secret sauce is really the thousands of little things that the vast network of contributors have decided to care about.’

The popularity of Rails has spawned imitators in other programming languages – it’s already been ported to JavaScript and PHP and programmers at the BBC have recently developed Perl on Rails. Its mainstream adoption has been boosted further by its inclusion in the Mac’s latest OS.

Hansson points to what he says is ‘a natural cultural allegiance’ between Rails developers and Apple users:

‘We appreciate the same things. We find happiness and passion in things that are beautiful, tastefully executed and help us get the job done faster. The fact that Leopard ships with Rails is only a natural extension of that cultural bond.’

With this increase in attention, Rails is undeniably becoming more commercial. This is something  that Hansson doesn’t mind at all.

‘I have absolutely no problem with commercialism. What good is it to enjoy doing Ruby on Rails if you have to return to the Java or .Net mines every morning to slog through another day? We want people to be happy doing real work, making a real living.’

When he’s not working or writing David races sportscars and has competed in the World Endurance Championship LMP2 class at Silverstone, the Spa-Francorchamps in Belgium and the 24-Hours of Le Mans, the world’s oldest active sports car race in endurance racing.

Metrics that matter for IT organizations on an agile journey

0 10
Measuring the wrong things is worse than not measuring anything. In this article, Mallika Gunturu explains the right things to measure for agile.… Read more
0 10