Silverlight 2 is far more versatile than Silverlight 1. It can handle data-sources with some subtlety. John Papa tackles the whole subject of data-binding with Silverlight. This article is a partial excerpt from John Papa's upcoming book Data Access with Silverlight 2 by O'Reilly, due to be released in December 2008.

While binding can be established using a manual push and pull process, the data binding capabilities of XAML and Silverlight offer more power and flexibility with less runtime code. This provides a more robust data bound user-interface with fewer failure points than with manual binding.

The process of Automated Data-Binding in Silverlight links a UI FrameworkElement to a data source entity and back. The data source entity contains the data that will flow to the FrameworkElement control for presentation. The data can also flow from the control in Silverlight back to the entity. For example, an entity may be bound to a series of controls, each of which is linked to a specific property on the entity, as shown in Figure 1.

The entity is set to the DataContext for a control. This then allows that control, or any child control of that control, to be bound directly to the entity. There are many important players in this process that will be introduced in this article, including the DataContext, binding modes, and dependency properties on FrameworkElement controls. Each of these plays a critical role in customizing how the data binding process operates in a Silverlight application. 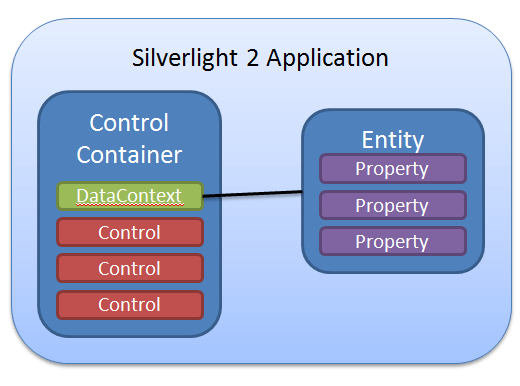 Any control that derives from FrameworkElement can be used for layout on a page or user control, and can be involved in data binding as a target. There are other classes that derive from some of the subclasses shown in Figure 2, such as System.Windows.Controls.Textbox, too.

In data binding, both a data source and at least one target are required. The target can be a control or set of controls on a page (or within a user control). Basically, the data can travel in either direction between the source and the target. The sources of data are generally instances of objects such as a domain entity. The properties of the data source are referred to in the targets, so that each target control knows which property of the entity it should be bound to. 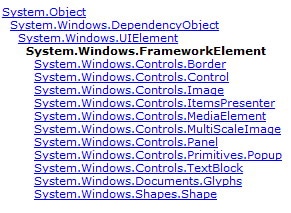 As mentioned previously, the second rule of data binding in Silverlight is that the target must be a Dependency Property. This might initially seem to be a restriction, especially since one of the first controls people think about when they think of data binding is the TextBox’s Text property. However if you take a look at the source code (using a tool like Lutz Roeder’s .NET Reflector) for the Text property of a TextBox you will see that it too is a Dependency Property. In fact most properties that you can think of are Dependency Properties, which is great, since that means you can use data binding with so many properties.

Dependency Properties are data-bound properties whose value is determined at runtime. The purpose of dependency properties is to provide a way to determine the value of a property based on inputs including, but not limited to, user preferences, resources, styles, or data binding.  An example of a Dependency Property can be seen in the XAML code snippet below by looking at the Fill property.

The Rectangle control’s Fill property is a Dependency Property that is set to a specific color, in this case. The Fill property’s value could be determined using a resource or by data binding to an object. This would allow the color of the rectangle to be determined at runtime.

A dependency property can also get its value through a data-binding operation. Instead of setting the value to a specific color or a Brush, the value can be set through data-binding. When using data-binding, the property’s value is determined at runtime from the binding to the data source.

The following XAML example sets the Fill for a Rectangle using data-binding. The binding uses an inherited data context and an instance of an object data source (referred to as MyShape). The binding syntax and the DataContext will be explored later in this article.

Besides basic data binding, styles and templates are a huge beneficiary of using dependency properties. Controls that use styles are indicated through a StaticResource (defined in app.xaml or defined locally). The style resources are often set to a Dependency Property to achieve a more elegant appearance.

Dependency Property values are determined using an order of precedence. For example a style resource may set the Background Dependency Property to White for a canvas control. However the Background color can be overridden in the control itself by setting the Background property to Blue. The order of precedence exists in order to ensure that the values are set in a consistent and predictable manner. The previous example of the Rectangle control shows that the locally-set property value has a higher precedence than a resource.

One of the main pieces of functionality offered by the Dependency Property is its ability to be data bound. In XAML, the data binding works through a specific markup extension syntax. Alternatively, the binding can be established through .NET code. A set of XAML attributes exist in order to support the data binding features. A basic example of the usage of these extensions is shown in the pseudo-code examples below.

The second usage of the binding markup syntax is to specify a pathvalue. This can be the name of a property that exists on the bound object. For example, to bind a TextBox’s Text property to the CompanyName property of an object in the inherited DataContext the following code could be used:

Additionally, there are a handful of other binding properties (referred to in the previous example as oneOrMoreBindingProperties) that can be set with the XAML binding extensions in Silverlight. These properties are:

Keep in mind that a Dependency Property follows an order of precedence to determine its value. If a Dependency Property is bound and in code the property is set to a value explicitly, the binding is removed. For example the tbCompany TextBox in the previous example is bound to the CompanyName property of the DataContext. If the Text property of tbCompany is set to Foo in code, then the binding is removed.

To use the DataContext, the XAML must also be modified using the binding markup extension syntax. The newly modified XAML for the UserControl is shown in the code example below. This code is only the portion of the entire XAML file that shows only the elements where binding takes place. 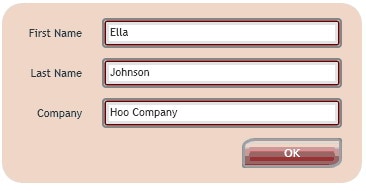 John Papa is a Senior .NET Consultant at ASPSOFT and an author of several data access technology books. John has over 10 years' experience in developing Microsoft technologies as an architect, consultant, and a trainer. He is the author of the Data Points column in MSDN Magazine and can often be found speaking at user groups, MSDN Web Casts, and industry conferences such as VSLive and DevConnections. John is a baseball fanatic who spends most of his summer nights rooting for the Yankees with his family and his faithful dog, Kadi. You can contact John at johnpapa.net.
His new book Data-Driven Services with Silverlight 2 has recently been published.

View all articles by John Papa