SQL Server 2017’s PolyBase feature requires the Oracle JRE version 7 update 51 or higher. Version 8 of the JRE works just fine. Version 9 is clearly higher than version 7, but the SQL Server 2017 installer cannot detect that version 9 of the JRE is present when it is. This causes the following error message to appear: 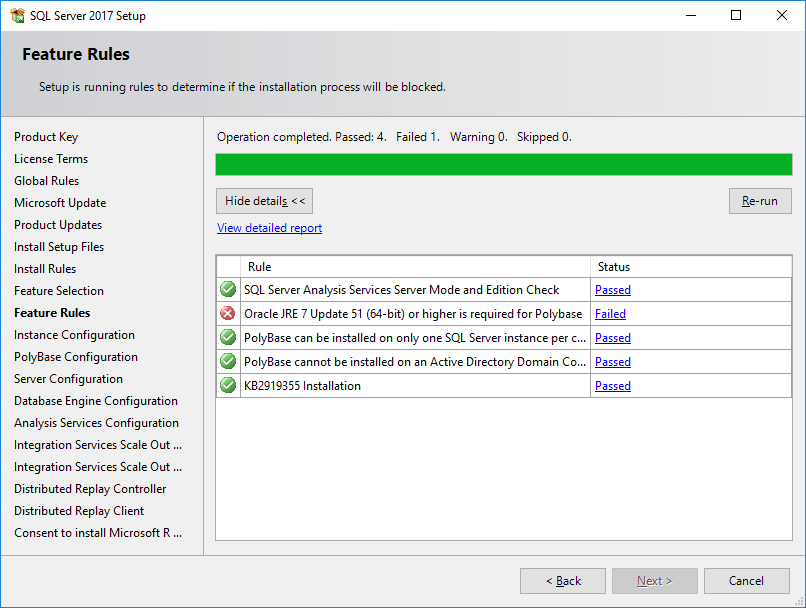 Close examination of the Detail.txt file reveals the following when the JRE major version number is 9: 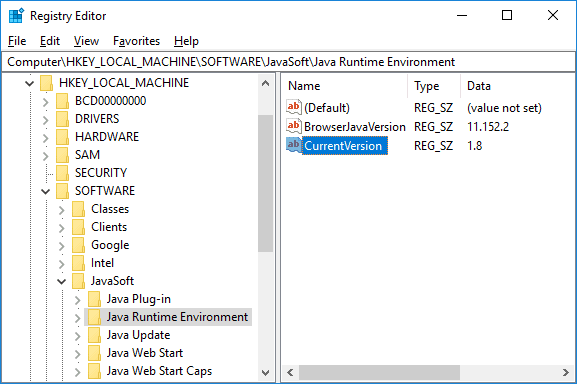 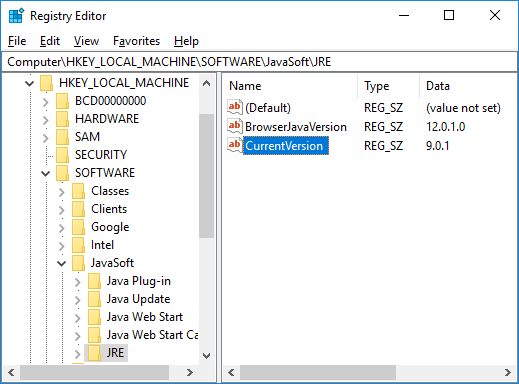 There are really only three options for installing PolyBase with SQL Server 2016 or 2017.

I choose to update the registry to allow SQL Server 2017 to be installed when the installed JRE is version 9. To do this, you need to export the registry key for the JRE, edit it, and import the modified keys into the registry.

To export the registry key, use regedit and navigate to HKEY_LOCAL_MACHINE\SOFTWARE\JavaSoft\JRE. Right-click and select Export. Save the registry key to a file which in this example is named jreRegKey.reg. Edit the file with a text editor such as Notepad. 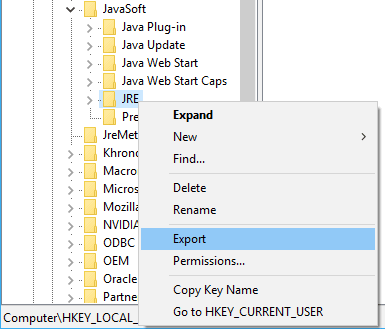 Be careful when editing the registry file. You can do a global replacement if and only if you match case. You want to replace all occurrences of JRE with Java Runtime Environment. You must not alter the lowercase jre references. 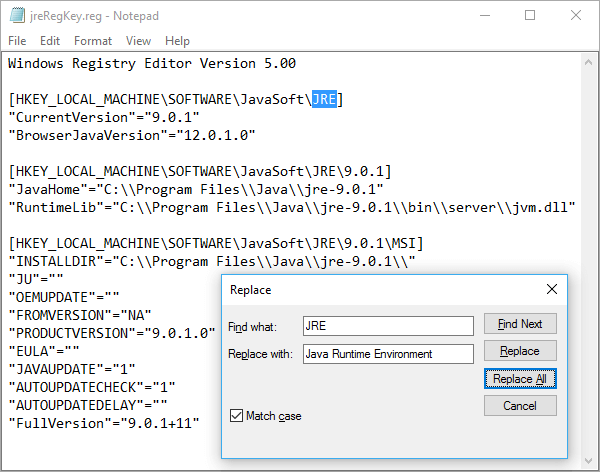 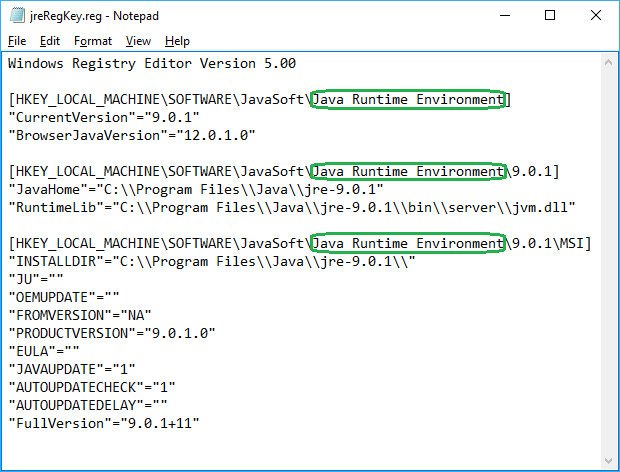 Save your changes and import the modified reg file by double-clicking it. With the new registry keys imported, the SQL Server 2017 installer is able to find the JRE version 9 and successfully complete the installation process as evidenced by the following query:

Figure 7. Confirmation of successful installation of PolyBase with JRE version 9.

The query was obtained from the Get started with PolyBase page on Microsoft’s website.

As you can see, SQL Server installer log files provide greater insight allowing you to do root cause analysis of failed installations. Placing dummy entries in the registry to work around a breaking change may be too extreme for some, but it is possible to quickly overcome the PolyBase installation problem by making a simple registry update as described in this article.

John Paul Cook is a psychiatric nurse practitioner and clinical instructor of psychiatric nursing in Houston. He previously worked as a Data Platform Solution Architect in Microsoft's Houston office helping enterprise customers with Azure, SQL Server, and Big Data. Prior to joining Microsoft, he was a SQL Server MVP. He is experienced in SQL Server and Oracle database application design, development, and implementation. He has spoken at many conferences including Microsoft TechEd and the SQL PASS Summit as well as psychiatric conferences. He has worked in oil and gas, financial, manufacturing, and healthcare industries. Contributing author to SQL Server MVP Deep Dives and SQL Server MVP Deep Dives Volume 2.

What is ViewData and implement ViewData in ASP.NET MVC?