SQL Server replication works well on a low latency, high bandwidth network. When actual networks have high latency or limited bandwidth, problems may occur. Such conditions can be emulated with hardware or software tools. You can quickly set up a test environment to emulate high latency and limited bandwidth by using free, open source software. WANem (Wide Area Network emulator) is an open source tool available on SourceForge. This guide shows you how to configure WANem to work in an isolated Hyper-V environment. I was unsuccessful in configuring WANem 3.0 in a Hyper-V virtual machine, which is why WANem 2.3 is featured. This approach was very successful in identifying replication problems under conditions very similar to real world network conditions for a global company. It is assumed that you have some familiarity with Hyper-V, Remote Desktop Connection, and basic networking.

WANem is an iso image of a Knoppix live cd packed in a tar file which is packed in a bz2 file. You’ll need something to extract the tar file and then extract the iso file. I recommend the free tool 7-Zip. If you search, you can find a portable version of 7-Zip, if you prefer.

Here is the network topology used for successful testing of SQL Server replication over a high latency, restricted bandwidth network. Static IP addresses were used so that they would remain constant to simplify the necessary IP routing. 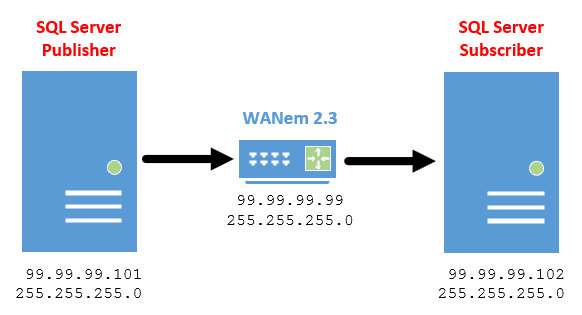 Since my goal was to keep the virtual machines completely off of the corporate network, an internal virtual switch was needed. I named it WANem Internal Network. 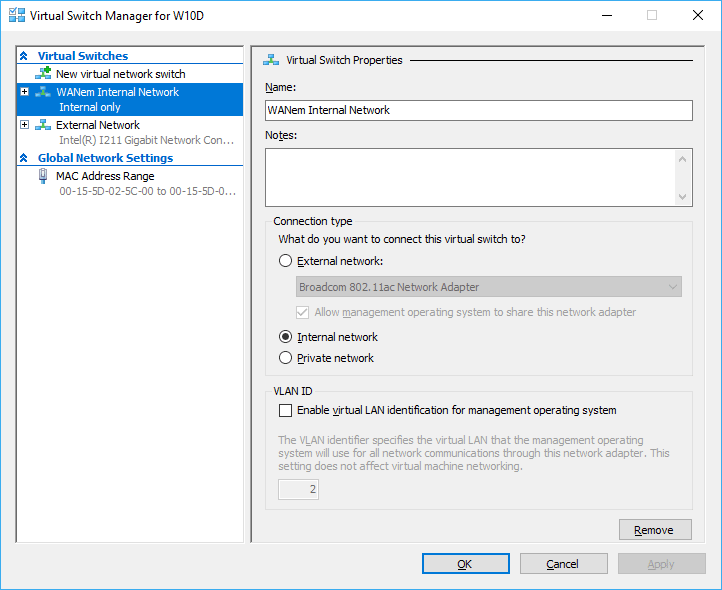 Figure 2. Create an internal only virtual switch to keep your test environment off of the corporate network.

The one internal virtual switch is sufficient for creating a working environment.

After putting the SQL Servers on the Hyper-V internal network, configure a static IP address for each machine. 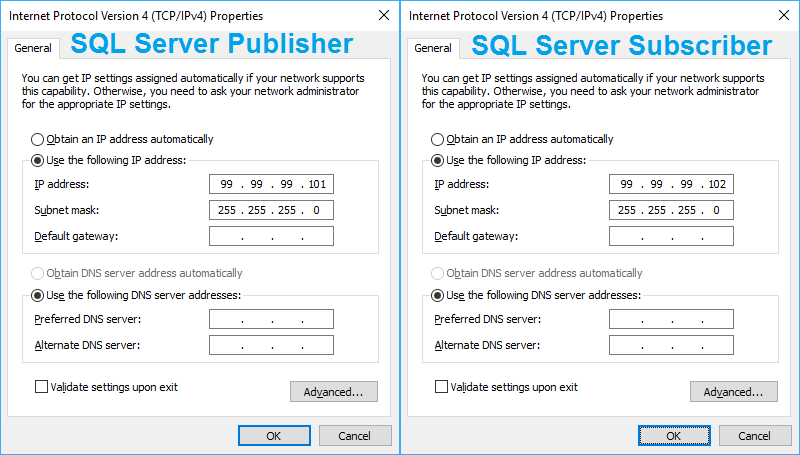 Test the vm to vm connectivity before proceeding further. 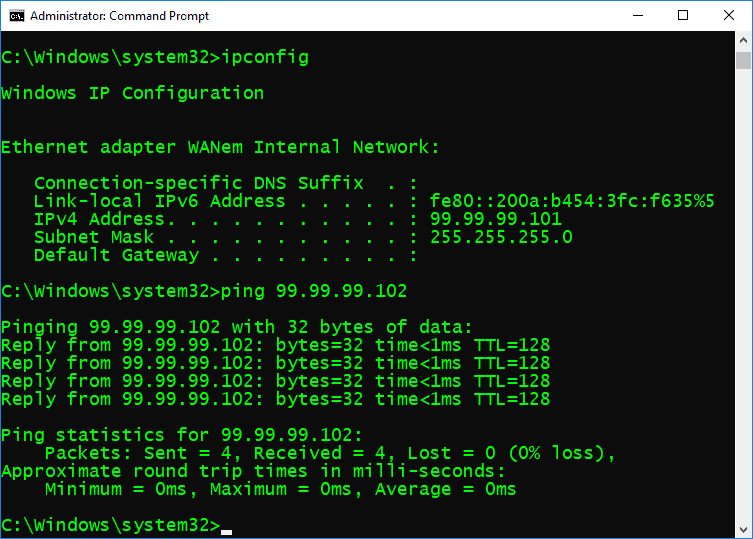 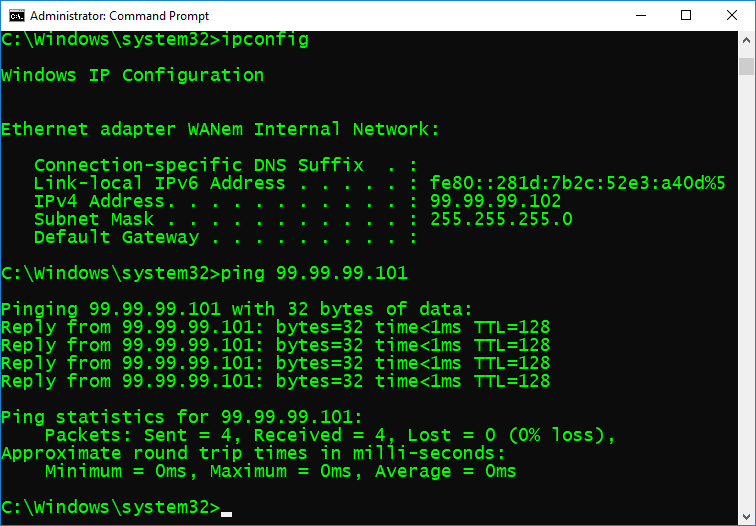 Figure 5. Network connectivity testing in the other direction.

When the Hyper-V network adapter is replaced with a Legacy Network Adapter, the Knoppix OS is able to detect and use it. I recommend using static IP addresses for your WANem and SQL Server replication servers. You can use DHCP, but as you will see, this may not be what you really want to do when configuring your test environment. Answer n for no to the DHCP question. You will discover that your Knoppix vm will capture your mouse. Use the standard Hyper-V CTRL+ALT+LEFT ARROW to free your mouse.

Figure 7. Answer n for no so that you can assign a static IP address. 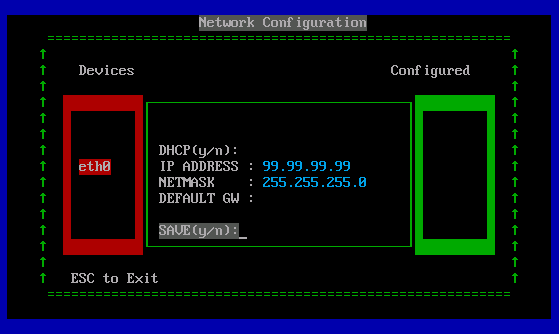 After setting the IP address, you can enter status to confirm your network adapter settings. 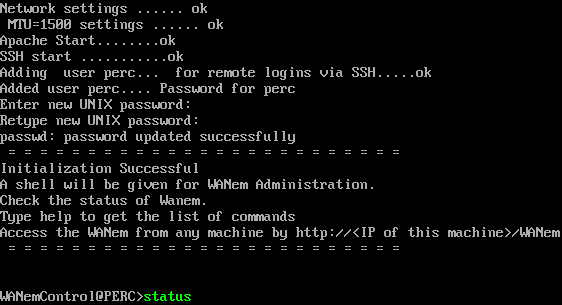 After reviewing your network settings, press any key to continue. 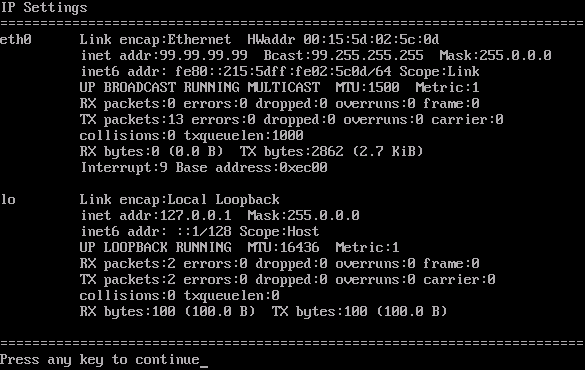 Figure 10. Press any key to advance to the next screen.

Notice that you are prompted to optionally test connectivity to any machine in your virtual network.

Figure 11. Testing connectivity to one of the SQL Server virtual machines.

Run the status command a second time to test connectivity from WANem to the other SQL Server virtual machine.

Figure 12. Testing connectivity to the other SQL Server virtual machine.

Test the connectivity from each of the SQL Servers to WANem. 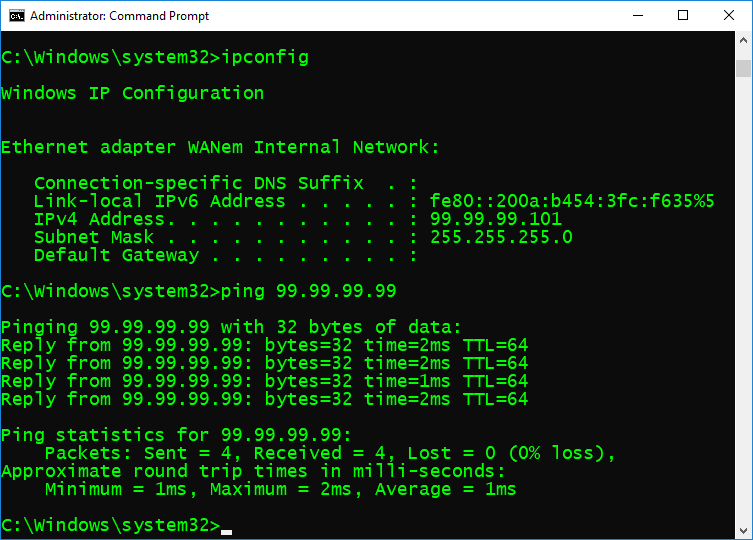 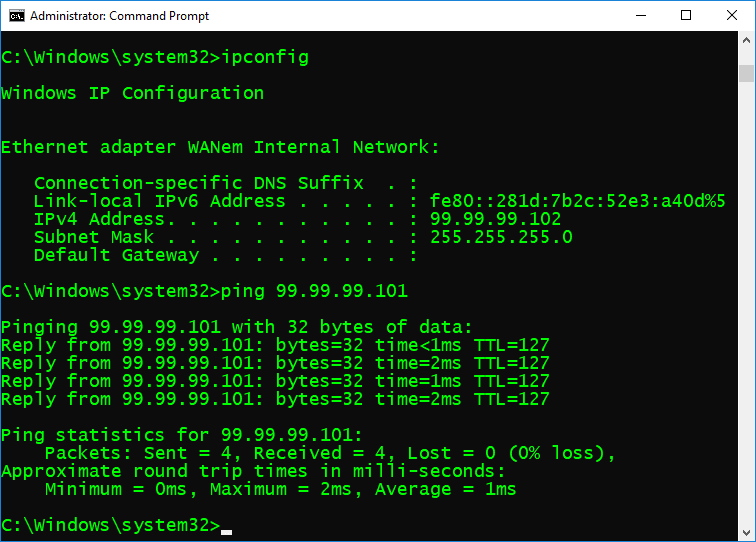 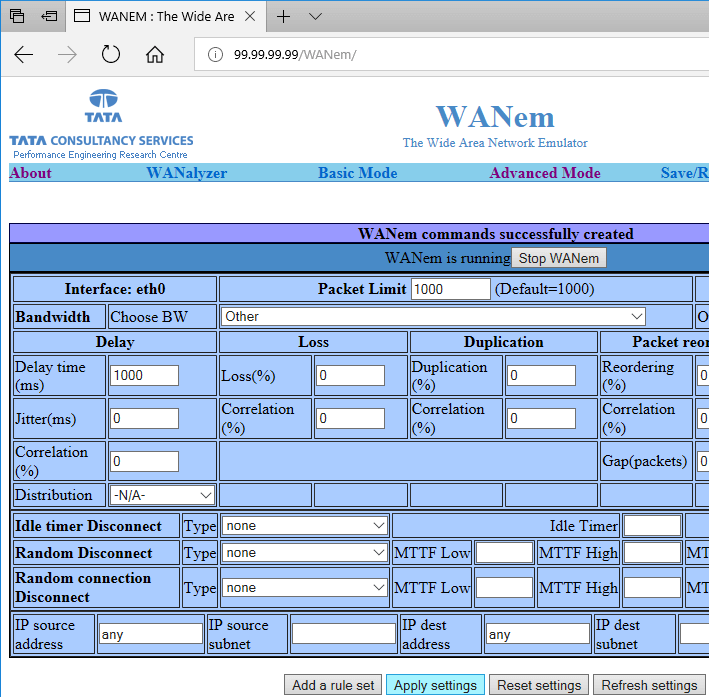 Now that all three machines are connected and configured, test the connection between the two SQL Servers. 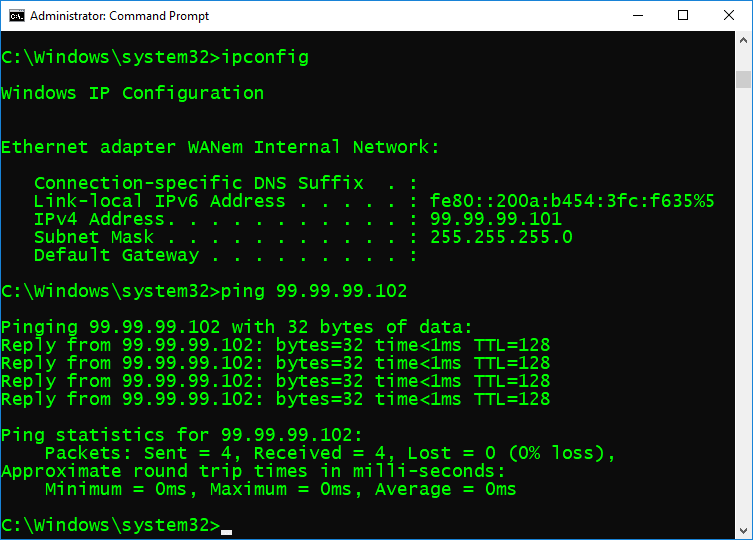 Figure 15. The delay specified in WANem does not appear in machine to machine testing before adding routes.

Notice that there isn’t any delay. That’s because there’s nothing preventing direct SQL Server to SQL Server communication. It’s necessary to add routes to force network traffic to go through WANem and prevent direct machine to machine communication. By adding the -p flag to a route add command, the route becomes persistent and will survive a reboot.

On the 99.99.99.101 virtual machine add the following route from an administrative command prompt:

Figure 16. Add a static route from one SQL Server to WANem.

On the 99.99.99.103 virtual machine add the following route from an administrative command prompt:

Figure 17. Add a static route from the other SQL Server to WANem.

With the static routes added, retest the SQL Server to SQL Server connectivity. Now you will see the network delay. 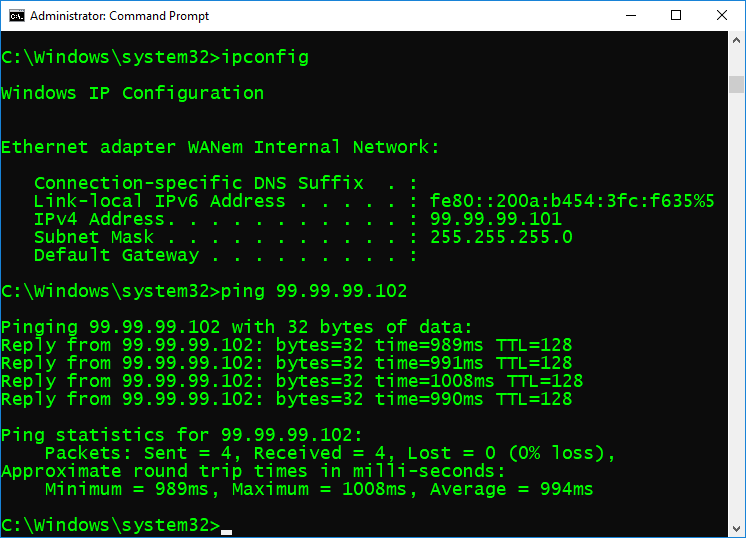 At this point you have a working environment where you can test replication with a variety of network conditions simulated. 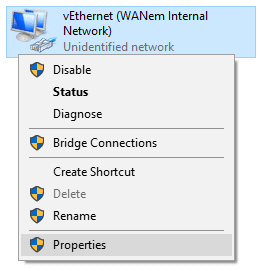 Figure 19. Set an IP address on the host for Remote Desktop Connection. 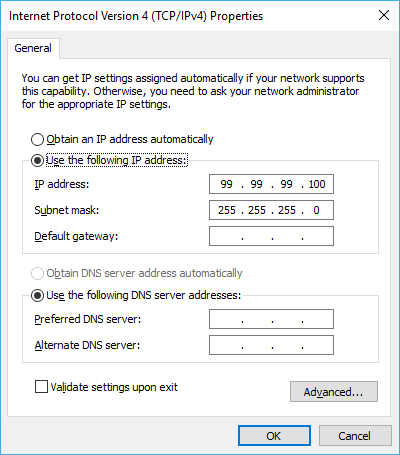 To enable Remote Desktop Connection, you must configure a machine to accept RDP connections and allow it through the machine’s firewall. If you search you can find many articles telling you how to do this. The easiest way to allow RDP connections through the firewall is to turn on file and printer sharing. 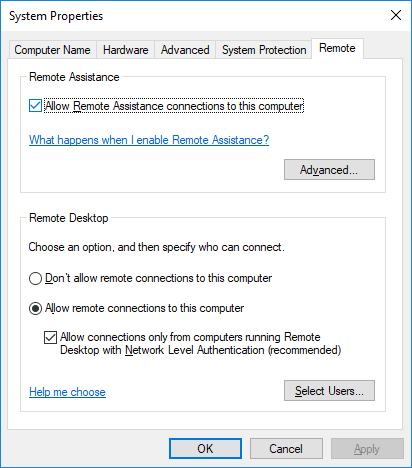 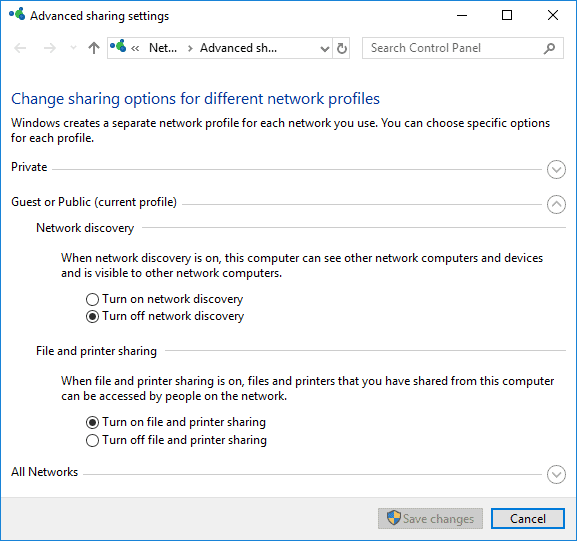 Figure 22. You can turn on file and printer sharing to indirectly allow RDP traffic through the machine’s firewall.

You can configure Remote Desktop Connection to allow file transfer between the SQL Server virtual machines and the host machine. Although this works, it doesn’t work well for transferring large quantities of data. A great alternative for getting large volume file copies into a virtual machine is to mount an iso file. You can find free utilities to create an iso file from the contents of a folder. Once you have an iso image, you can mount it on a running virtual machine. If you have particular test scenarios, each scenario can be its own iso file that you can include in your source code control system.

If you have SQL Server virtual machines already configured, once you understand what needs to be done, you can configure a WANem test environment in under 10 minutes.

John Paul Cook is a psychiatric nurse practitioner and clinical instructor of psychiatric nursing in Houston. He previously worked as a Data Platform Solution Architect in Microsoft's Houston office helping enterprise customers with Azure, SQL Server, and Big Data. Prior to joining Microsoft, he was a SQL Server MVP. He is experienced in SQL Server and Oracle database application design, development, and implementation. He has spoken at many conferences including Microsoft TechEd and the SQL PASS Summit as well as psychiatric conferences. He has worked in oil and gas, financial, manufacturing, and healthcare industries. Contributing author to SQL Server MVP Deep Dives and SQL Server MVP Deep Dives Volume 2.

0 28
In the last few years, GoldenGate has become the preferred choice for DBAs to handle the replication requirement of their data centers. Besides being extremely easy to configure, GoldenGate offers immense flexibility in the configuration strategies available with it. This series of articles will discuss GoldenGate technology, covering concepts, configuration options, troubleshooting and so forth. The Scenario Imagine you ar… Read more
0 28

Why Design and Test Your Utility Code for Publishing?

0 0
As the saying goes: do to others as you would have them do to you. When writing code, I would suggest a complimentary saying of “do to yourself as you would to do others”.  Write your software as if it will be used by a very wide audience, even if you aren’t planning on being the … Read more
0 0