Getting a Database into Source Control

For any number of reasons, from simple auditing, to change tracking, to automated deployment, to integration with application development processes, you’re going to want to place your database into source control. Using Red Gate SQL Source Control this process is extremely simple.

SQL Source Control works within your SQL Server Management Studio (SSMS) interface. This means you can work with your databases in any way that you’re used to working with them. If you prefer scripts to using the GUI, not a problem. If you prefer using the GUI to having to learn T-SQL, again, that’s fine.

After installing SQL Source Control, this is what you’ll see when you open SSMS: 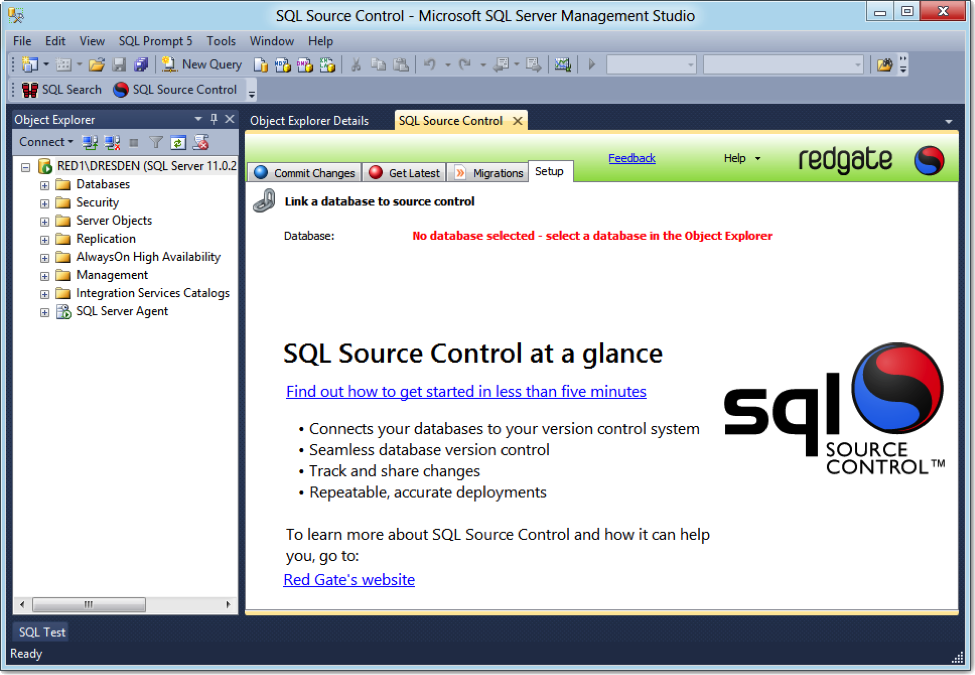 If I expand my Databases list in the Object Explorer, you’ll be able to immediately see which databases have been integrated with source control and which have not. There are visible differences between the databases as you can see here: 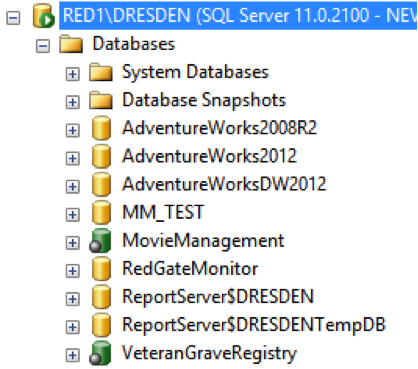 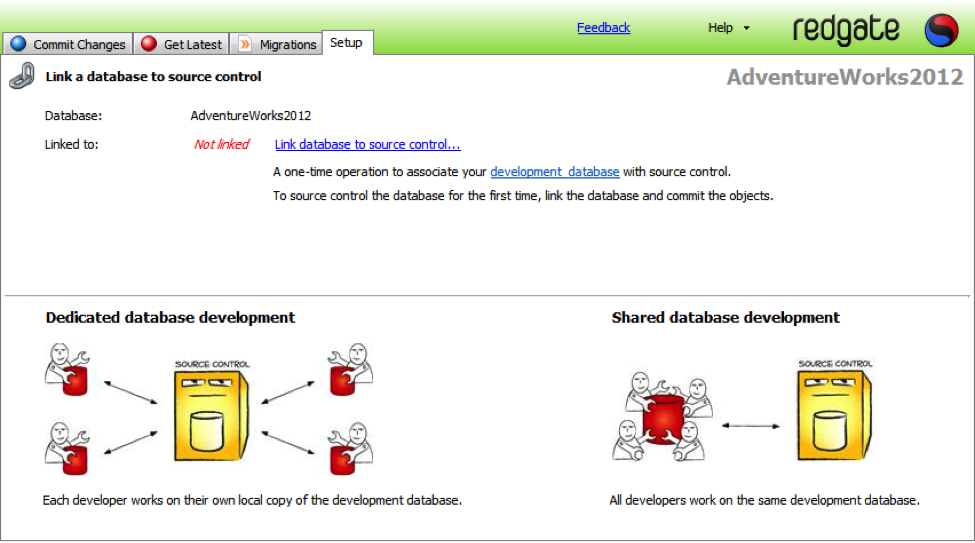 I also have to provide the connection string for the location within the source control system where I’ll be storing my database code. I set these up in advance. You’ll need two. One for the main set of scripts and one for special scripts called Migrations that deal with different kinds of changes between versions of the code. Migrations help you solve problems like having to create or modify data in columns as part of a structural change. I’ll talk more about them another day.

Finally, I have to determine if this is an isolated environment that I’m going to be the only one use, a dedicated database. Or, if I’m sharing the database in a shared environment with other developers, a shared database. The main difference is, under a dedicated database, I will need to regularly get any changes that other developers have made from source control and integrate it into my database. While, under a shared database, all changes for all developers are made at the same time, which means you could commit other peoples work without proper testing. It all depends on the type of environment you work within. But, when it’s all set, it will look like this:

SQL Source Control will compare the results between the empty folders in source control and the database, AdventureWorks2012. You’ll get a report showing exactly the list of differences and you can choose which ones will get checked into source control. Each of the database objects is scripted individually. You’ll be able to modify them later in the same way. Here’s the list of differences for my new database: 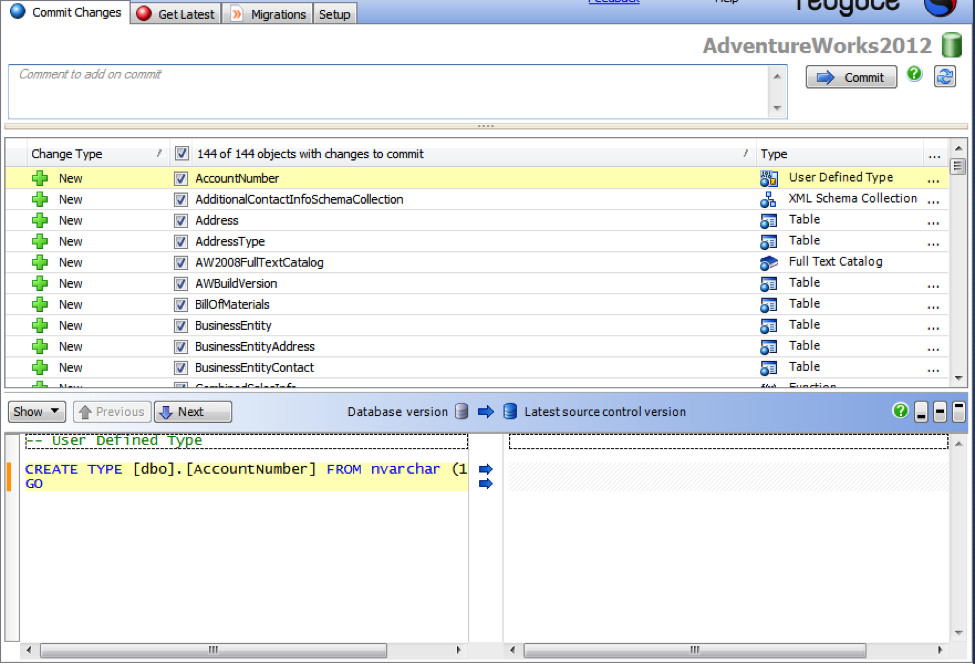 That’s all it takes to get the objects into source control initially. Now is when things can get fun with breaking changes to code, automated deployments, unit testing and all the rest.