Blueprints are (or should be) an important feature for Azure Cloud provisioning.

Probably you already know about ARM templates. We can say they are the basic notation for deployment in Azure. But what happens when we need to deploy multiple items at once? Here are some options:

This list talks by itself, illustrating how Blueprints are one of the easiest option to organize a deployments, as easier as Terraform, but with a UI to make things easier. However, there are some important tricks you need to be aware about.

The blueprints can make the deployment of the following artifacts:

On a first look this may seem limited. On the other hand, an ARM template can specify any object on Azure, so we are not limited in relation to what we can deploy. 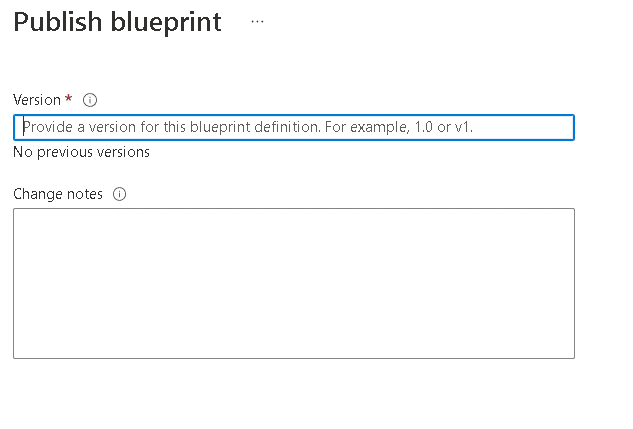 This ensures we have control about what’s deployed. We can compare the version number of a deployed blueprint with the current version number and identify if any change on the blueprint has not be deployed yet.

Link to the Deployment

The assignment creates a relationship between the blueprint and the deployment. It’s also possible to lock the deployment, forbidding changes on the objects. This is basically the creation of lock objects on the deployed objects. 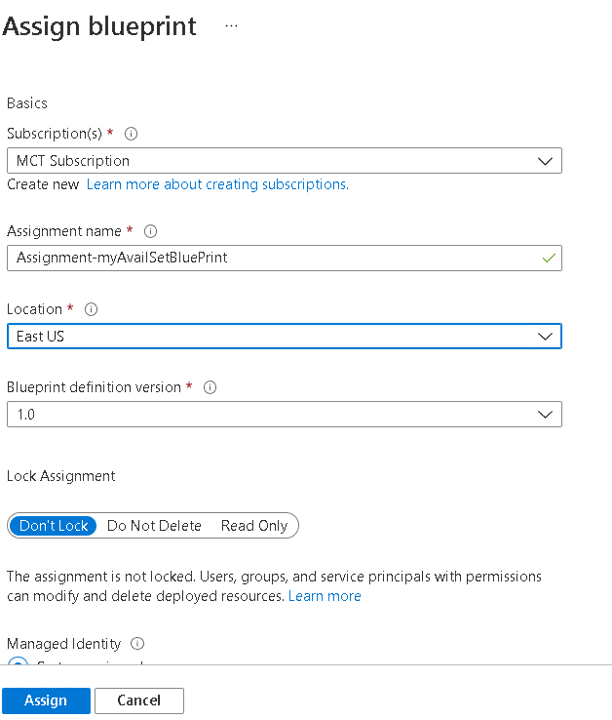 This relationship allows us to keep the deployed objects updated. We can, for example, upgrade the version of a blueprint used on an assignment.

Steps to build a Blueprint 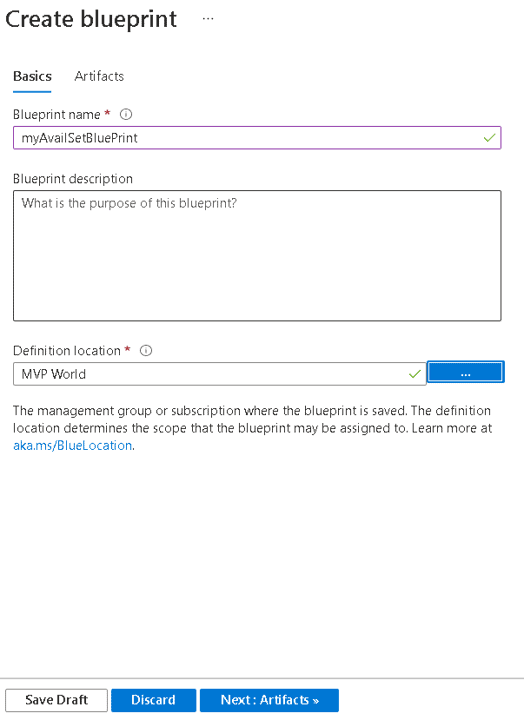 3) On the artifacts tab, include a resource group 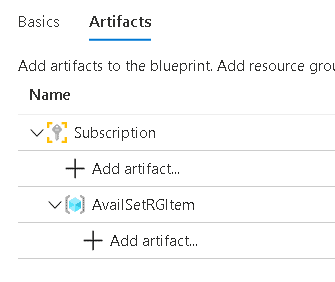 4) Under the resource group, include the ARM template. On this example I will include a Virtual Network, an Availability Set and two Virtual Machines 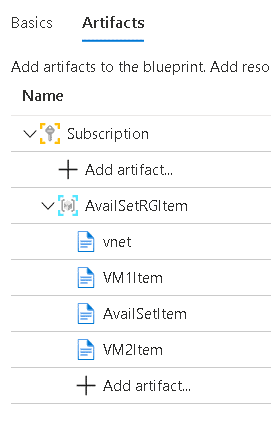 5) Save the blueprint as draft. Before publishing the blueprint you need to control the order of deployment. The Virtual Network needs to be deployed first, followed by the Availability Set and the Virtual Machines

We may include many ARM templates in a single resource group. For example, a virtual network, multiple virtual machines, a load balancer and so on. The items deployed may have dependencies between each other. This requires us to be able to control the deployment order of the deployment inside a resource group.

The Bad News: The UI has no way for us to set dependencies between the artifacts or set a deployment order.

The Solution: This can be done using Azure CLI. We can execute this on the cloudshell

Using Cloudshell to set the dependency

As you may notice, the management group is also specified as a GUID. Another bad news: Internally the blueprint is a JSON document which contains ARM templates. ARM templates are also JSON documents. The result of the above statement will be a huge JSON listed on the screen and you will need to identify where each artifact starts, so you can find its name.

Once you took note of the GUIDs, you can execute the statement below to set the dependency between the artifacts.

After updating the artifacts, you can list them again. You will find a “Depends” field on the artifacts, included by the above statement. This will set the order of the deployment. 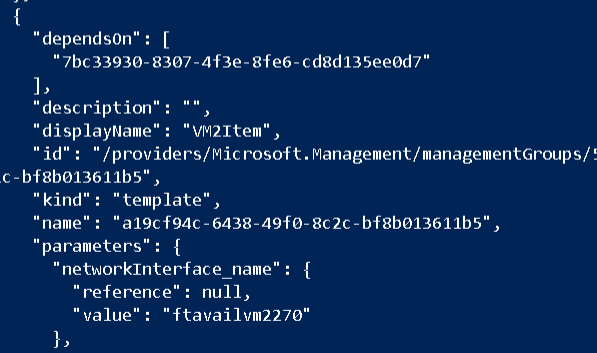 The future of Blueprints

Blueprints are in an interesting situation in relation to Azure. At the same time they are still in preview, Microsoft decided to not evolve them further. Microsoft is focused on BICEP, a new language for Azure provisioning, easier than directly coding in ARM. In some ways, we can consider them deprecated.

The Blueprint UI is still very useful and the blueprint as a whole is easy to use, even considering the dependency problem between the artifacts. Managing this problem, we have a powerful tool for Azure deployments.

0 3
Azure Cloudshell uses PowerShell 7.2.1. However, Powershell 7.2.2 is already available and we have also a PowerShell version 7.3.0 in preview. Wouldn’t it be nice if you could update the powershell version in cloudshell, instead of waiting for Microsoft? This would allow you to run scripts using the new features of the updated versions. Before … Read more
0 3