The very latest and greatest incarnation of Exchange Server 2010, Service Pack 1 Beta, is now available for the public to try out. Lucky for us, Jaap's had access to the new release for quite some time, and he gives us a distilled guide to exactly what is new and improved.

During TechEd US in June 2010, Microsoft released the public beta of Exchange Server 2010 Service Pack 1. Besides a number of hotfixes, there’re also a handful of new features and improvements when compared to Exchange Server 2010 RTM (Release To Manufacturing, i.e. the original version), so it’s time for a quick glance at SP1.

One of the neat additions in SP1 is automatic installation of prerequisite Server Roles and Features (like the IIS and .NET Framework) during setup. Just check the “Automatically install Windows Roles and Features required for Exchange Server” option at the bottom of the Installation Type screen, and you’re ready to go. 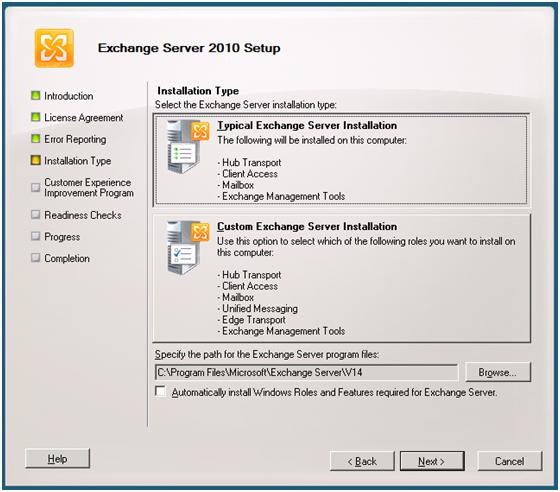 One of the largest complaints in Exchange Server 2010 RTM was the fact that a user’s Personal Archive was located in the same Mailbox Database as their primary Mailbox. What Exchange Administrators (and their managers) really want is to be able to offload the Personal Archive to another Mailbox Database, and preferably to another Mailbox Server, whether or not this is running on a wonderful thing called “cheap storage”. 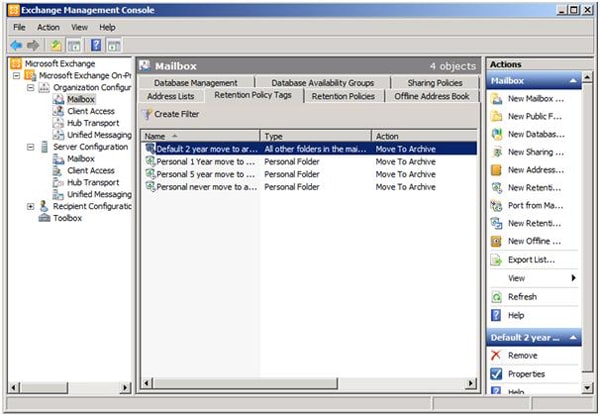 Overall, you’ll find changes in the way things are managed, as things are being moved from the Shell to the Console (or vice versa), but you’ll also see an increase in Exchange management possibilities in the Exchange Control Panel. 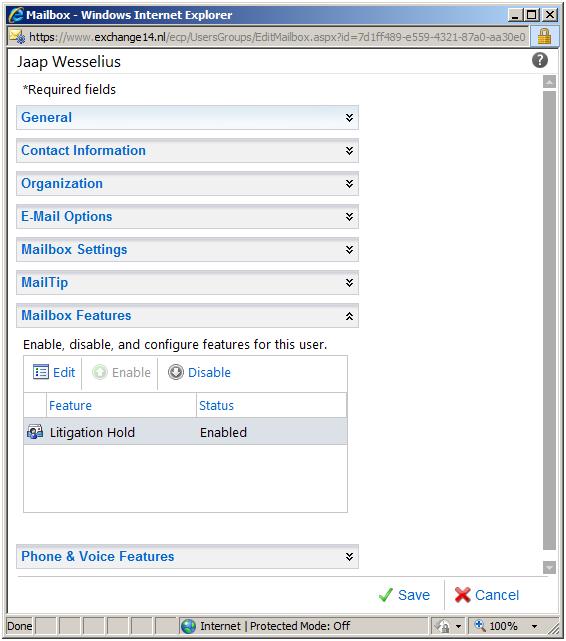 In Service Pack 1, the Multi-Mailbox Search has improved, resulting in more functionality like the search estimate or the de-duplication of search results. When performing a Search in SP1, you now can perform a sort of “what if” search, which will only give an estimation of the results that would be returned, preventing an unanticipated search result of millions of items (and the accompanying search time, of course). There’s also a handy de-duplication, so that duplicate items in the search results are smoothly removed. 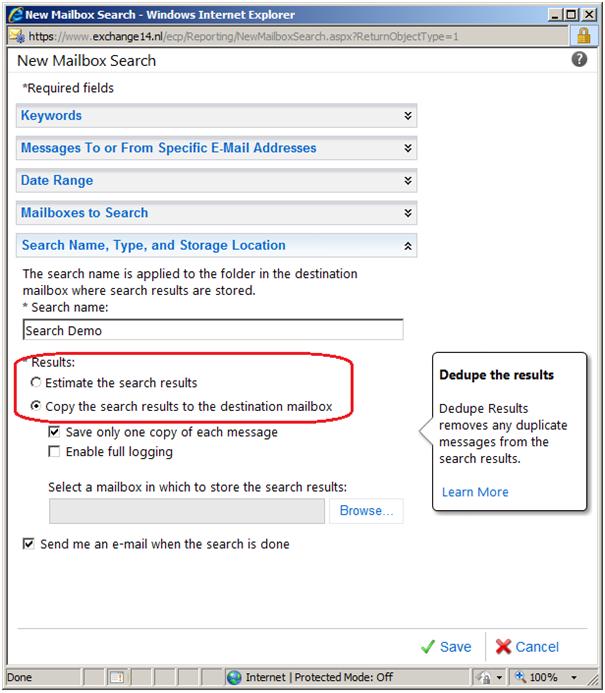 One of most important items that has been on every Exchange admin’s wish list is a decent way to import and export mailboxes to .PST files, and this looks very promising in Service Pack 1. Microsoft has re-engineered the Import-Mailbox and Export-Mailbox cmdlets in such a way that they now actually work as expected and, most importantly, Outlook is finally no longer needed! You can not only export a user’s primary mailbox to a .PST file, but also their Personal Archive; just enter the following Exchange Management Shell command to export an Archive to a .PST file:

The reverse is now also possible; to import a user’s .PST file into their Personal Archive, just use the following command:

Minor changes have been made to the core store functionality. Hard disks have improved and are larger than before, and so SP1 is able to deal with these even larger disks with better performance. Also, when moving a Mailbox from one Database to another, it is no longer necessary to close Outlook, so your users will happily see this message less often:

From a user perspective

The Outlook Web App has been improved, and the OWA theme is back. OWA comes with a set of built-in themes, and although it is possible to add a custom theme, it still requires quite a bit of development, and the possibility exists that your custom theme is overwritten when applying a future hotfix or Service Pack. 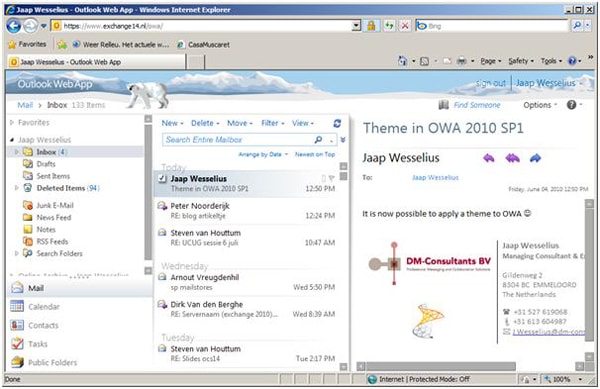 Outlook Web App is now a truly cross-browser solution so you can, for example, use OWA in Firefox on an Apple Macbook with the complete feature-set at your disposal. New for Internet Explorer users is the fact that OWA now uses Silverlight functionality, if you have the technology installed, of course. For example, when you compose a new message and add an attachment, you’ll just see a ‘normal’, desktop-like window where you can select the attachment you want to add, and this is actually built on Silverlight.

Without a doubt, Exchange Server 2010 Service Pack 1 adds a number of interesting improvements into the product. Installation of Exchange Server 2010 SP1 is easier, and so is managing Exchange 2010 for the average SysAdmin. Finally, we have the option to configure the Personal Archives in another Mailbox Database and on another (dedicated) Mailbox Server, giving us the option to create a tiered storage solution. Overall, I think SP1 brings an interesting set of new features and additions, and rather nicely smoothes-out some of the more troublesome rough edges in the RTM product.

This article was commissioned by Red Gate Software, engineers of ingeniously simple tools for optimizing your Exchange email environment. Find out more.

0 44
Unless you use Red Gate's PST Importer, the import and export of PST files with Exchange 2010 is a complex and error-prone business. Microsoft have acknowledged this in the release of Exchange 2010 SP1, since they have now re-engineered the way that PSTs are handled to try and ease the pain of importing and exporting them, but it is still a matter of using Powershell with cmdlets, rather than a GUI. Jaap Wesselius takes a look at the new process. … Read more
0 44