Address List Segregation or the "Hoster Edition" of Exchange Server 2010 SP1 – don't even think about it!

It is tempting to try this in Exchange Server 2010 as well, but you would be best off avoiding doing so. There are a couple of issues (that Microsoft is working on) that will block a successful rollout of Address List Segregation. Besides that, it is not supported and it will also break Exchange Server 2010. More information regarding this can be found on Dave Goldman’s weblog: http://blogs.msdn.com/b/dgoldman/archive/2010/05/10/critical-update-exchange-2010-address-list-segregation-and-current-support-stances.aspx – CRITICAL UPDATE – Exchange 2010 Address List Segregation and Current Support Stances

There are a number of issues you have to be aware of when you want to deploy the “hoster edition” of Exchange Server 2010 SP1:

When you try to start the Exchange Management Console you’ll see that it is not supported: 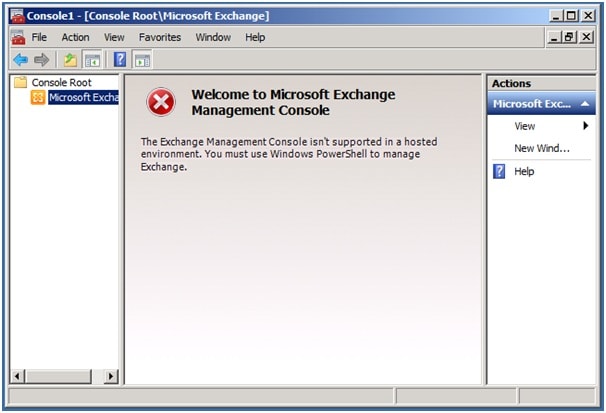 So, all configuration has to be done using the Exchange Management Shell. There’s some additional self service support on the Exchange Control Panel, but basically you’ll need to implement another 3rd party Control Panel for configuring the Exchange organization. Or create your own Control Panel. Please bare in mind that hosting companies often have dedicated developers that are working on these scenarios.

The Beta of Exchange Server "15" shows considerable improvements in the ease of management and installation. It has been extensively re-engineered to make it more effective in working across several datacentres. It also has a new Outlook Web App that even allows offline working. … Read more