Jon Gay: Geek of the Week

Nowadays we see Flash as a rather tiresome relic, because we can now achieve almost the same results by using HTML5. When it was first introduced it was a godsend to anyone needing to produce complex effects on a browser. Even today, many popular programs use Flash. We spoke to Jonathan Gay, one of the co-founders of Flash, to understand some of the history behind this groundbreaking framework 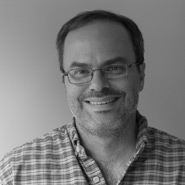 Flash has a fascinating history. In 20 years, it developed from a sketching program for pen computers to a framework which brought together sound, video and interactivity across a broad range of internet enabled devices becoming the standard for millions of websites worldwide.

Jonathan Gay is the co-creator of Flash. He founded FutureWave in 1993 to with the intention of dominating the market for graphics software on pen computers. A year later the company’s first product SmartSketch, was a short-lived success when AT&T decided to end support for the PenPoint operating system.

In 1995, Jon and his team added animation features to SmartSketch with the idea of making animation playable over the Internet. This program eventually sold as FutureSplash Animator and was used by some of the biggest brands on the web including MSN and Disney Online.

Of course Flash has its downsides. It slowed down computers and reputed to be loved by hackers for its security vulnerabilities.

In a nicely worded piece describing the history of Flash Jon Gay wrote:

“If you think Flash is difficult to use, you should try drawing with a joystick on an Apple II before the concept of undo was invented.”

Greenbox was acquired by Silver Spring Networks in 2009. In his spare time, Jon breeds cows and plants willow trees at Freestone Ranch in Sanoma. Jon has a B.S. in Engineering from Harvey Mudd College.

Hilary Mason: Geek of the Week

0 3
Founder of machine intelligence research company Fast Forward Labs, Hilary Mason is the Data-Scientist-in-residence at Accel, and the former Chief Scientist at bitly. She is famous for proving that social media users like to share breaking news and current events, but are more likely to read inane gossip, watch sneezing pandas, or play online games.… Read more
0 3