Grady Booch: Geek of the Week

Grady Booch is probably best known for being one of the original developers of the Unified Modelling Language (UML). He defined much of the way we go about the Object-Oriented analysis of applications. He's also interesting to chat to about programming, as Richard Morris found out. 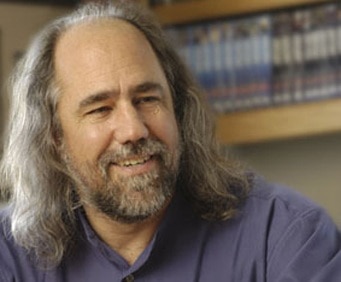 Grady Booch is recognized internationally for his innovative work on software architecture, software engineering, modelling and has made it his mission to preserve old computer programs and encourage software developers to adopt a more uniform approach to writing their programs.

“The average developer
is not well-prepared to
develop concurrent,
distributed, secure
software. These are all
really wicked problems.“

He has been with IBM Rational as its Chief Scientist since the company was founded in the early 1980s and is one of the original developers of the Unified Modelling Language (UML). Grady has served as architect and architectural mentor for numerous complex software-intensive projects around the world as well as being the author of six best-selling books, including the UML Users Guide and the seminal Object-Oriented Analysis with Applications.

He has published numerous technical articles on software engineering, including papers published in the early 1980s that originated the term and practice of object-oriented design. A member of the Association for Computing Machinery (ACM) , the Institute of Electrical and Electronics Engineers (IEEE) , the American Association for the Advancement of Science (AAAS) , and Computer Professionals for Social Responsibility (CPSR).

“If I don’t have a sense of
the architecture, and I
keep piling on code, it
becomes a fetid mess”

He is an IBM Fellow, an ACM Fellow, a World Technology Network Fellow, and a Software Development Forum Visionary. Grady received his bachelor of science from the United States Air Force Academy in 1977 and his master of science in electrical engineering from the University of California at Santa Barbara in 1979. He lives a contented life with his wife and cats in Colorado.

Generally, I write when I want to better understand something. Writing forces me to think things through. My wife is my best editor and critic. Is she a writer? No; but she’s a voracious reader.

RM:
Do you observe all the time, like a journalist? Donald Knuth told me that when writing he’s pretty much a hermit and is unable to do anything else until he’s finished. He will not travel to conferences or accept speaking engagements, or undertake any new responsibilities of any kind.
GB:
I have to isolate myself when writing, but that’s hours at a time, not days or weeks. I often describe myself as an awe-struck seeker: I observe constantly; I’m staggered by the beauty of the world and of life; I’m deeply curious and in love with life.
RM:
Would you still study computers whether or not it had any commercial value?
GB:
Computers have commercial value? I hadn’t been paying attention…

Seriously, computing has deep implications to the human experience, and vice verse…they have in many ways co-evolved. As such, that interplay is of deep interest to me.

RM:
Are there books that every programmer should read? What would be your top five?
GB:
Design Patterns/The Mythical Man Month/Systemantics. Beyond that, I think it gets very specialized to mention others.
RM:
What about Knuth’s magnum opus The Art of Computer Programming? Are you the kind of person who read it cover to cover, who dips into it for reference, or who put it on the shelf and never looked at it?
GB:
I’ve read it cover to cover, and still dip into it from time to time.
RM:
Do you agree that to read Knuth you have to be able to read the maths and understand it. To what extent do you think having that kind of mathematical training is necessary to be programmer?
GB:
Oh, I don’t think understanding Knuth requires that much mathematical skill…if anything, one just needs the ability to reason symbolically.
RM:
Earlier, you spoke of your admiration of John Backus earlier and I’d like to work the next question around him. Most innovations in software have emerged from experience and experiment, without any appeal to an underlying theory. When John Backus invented Fortran, he had no theory to work by. What is stopping the same thing happening now?
GB:
But I disagree with your premise. John was a mathematician and therein lies considerable theory. John was working to make mathematics more approachable to the computer and thus his innovation came on the shoulders of much theory.
RM:
Do you feel we’re progressing in technology even though sometimes it seems that we are leaping backwards?
GB:
Life at any level of detail is essentially one of punctuated equilibrium. I can’t fully attend to your question because I don’t know how you measure forward or backward. I do believe in the arrow of knowledge in science; I do have confidence in the growing maturity of civilizations. I do hold hope for the flowering of the human experience. Technology is just a tool.
RM:
What do you think can be done to improve the quality of software?
GB:
There needs to be a consistent way of writing software that runs on different systems and in different situations that considers a number of different factors: Is the software running on a single machine with multiple processors or is it running on a cluster of single-processor machines? Will all of the software source code go into a single file on the computer, or will it be broken down and executed as multiple scripts? How will the software define and use the different data it encounters? These are questions that must be answered before the software is written in the first place. In civil engineering, if you ask someone to build a Victorian house, there is an inherent understanding of what that looks like. If you ask different programmers to design software for a high-throughput system [such as one that processes financial transactions], there’s no general agreement of how that software should be built.

Fifty years after starting the 'Art of Computer Programming', (TAOCP), Don Knuth is still working hard at the project. He has almost completed the first five volumes. It is considered amongst the "hundred or so books that shaped a century of science". Richard Morris asks him how things are going, and to find out more about his many achievements. … Read more