SQL in the City in retrospect – part 1

The journey, the build-up and the day

We left Devon early on the Tuesday. Very early. We had plenty of time for me to tweet during the time allowed for connections. Anyone following me on Twitter will know how much I enjoyed that opportunity! We arrived at Cambridge in the late afternoon and we met up with Adam (@Adamantacid) from RedGate and his partner Louise (@PintsandPubs) and we had a beautiful walk through the Cambridge and we ended up having a very enjoyable meal together too.

The Wednesday and Thursday were a mix of me doing some preparation for my SQL in the City presentation and us both being subjects of various usability sessions and workshops. In amongst this Annabel from RedGate was a blur of activity, dedicated to getting the event running smoothly from the outset. It was great to meet co-presenters Grant Fritchey (@GFritchey), Brad McGehee (@BradMcGehee) and Steve Jones (@Way0utWest) there and spend some time with them in Cambridge. On Thursday afternoon, with nothing more important to do I spent some time with Annette (@Mrs_Fatherjack) fixing attendee IDs into lanyards and generally helping out where we could.

The coach arrived at 16:00 and we started packing the event hardware. Anyone involved with running such an event will have an idea of what is involved. Anyone who hasn’t – imagine a lot of stuff, and then double it. We had 10 or 15 people helping out and it still took almost 40 minutes to load the bus. I guess the huge amount of RedGate beer (the Ingeniously Pale Ale) was something that other events may not have had to contend with!

The coach journey to London was great, right up until we took a curious route into the city and we hit some major traffic. The last 3 miles of the journey was covered at roughly 2 miles per hour. On arrival at the venue we unloaded the gear and transferred it to the exhibition hall. Grant and I somehow managed to be pushing the hotel cage that was being used to transport the beer and we were directed into an elevator at the back of the hotel and sent into the basement. We were met by a couple of staff and we pushed the cage through corridor after corridor until we arrived at the cooler room where one of the staff was tasked with loading the beer from the cage into the fridge. Grant and I had, by this time, been separated from the other speakers who had been bussed to the hotel so we stayed around and helped out for a while but eventually Annabel suggested we took a walk to the hotel to get ready for the meal later that evening. We took the hint and set off to the hotel. Mladen Pradjic (@MladenPrajdic) and Buck Woody (@BuckWoody) and Neil Hambly (@NeilHambly) arrived a while later. We all gathered in the hotel lobby and then the whole team went out for a meal at the restaurant right next door to the hotel. After the meal some of us then retired to the hotel lounge for a couple of drinks and then slowly drifted off to bed.

Annabel called for a 07:00 start for the RedGate team, the speakers however were allowed a lie-in (until 08:00!). Even as we arrived at the venue there were people on the doorstep, ready to register. That’s pretty much an hour early so my sincere compliments to them on their eagerness. Neil Davidson(@NeilDavidson), Joint CEO of RedGate, started the day off with his welcome session and then it was full steam ahead for two tracks of free training the RedGate way.

I wasn’t scheduled to speak until 14:30 so had the whole morning going to other sessions and speaking with delegates and other speakers. This was a great experience – I have never seen Grant Fritchey speak before and his first talk on Performance Tuning with Knowledge was a great way to start the day. All of the delegates seemed to be really enjoying the format and the venue was excellent. In the breaks between sessions people were busy talking to each other and the RedGate staff, reading through some of the Simple Talk books that were being given away or browsing around some of the exhibits The staff were very helpful, informative and efficient, even vacuuming the floors between breaks to keep the main areas in immaculate condition. 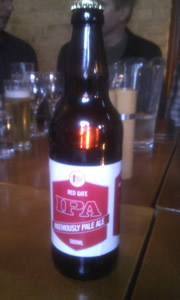 I didn’t see all of Neil’s session on Effective Data Volume Management with Data Compression as I was taking advantage of the peace and quiet outside so I could get ready for my session. I crept in about halfway through the session and found a seat beside Mark Pryce-Mayer (@Tsqltidy) at the back and enjoyed what I saw of the session. Before I knew it Neil was saying his farewells and the audience were clapping and then leaving the room. It was my turn. I’ll save the details of my session on Real Life problem Scenarios Solved to another blog. Suffice to say, it wasn’t a disaster. Brad followed me in the main lecture theatre but I have to admit to missing his session as I was somewhat excited to have completed my first big talk. I got a coffee and talked over what was good and bad with some people. Soon it was time for the final session of the day and I chose to attend the session from Buck and Grant on SQL Azure. In equal amounts informative, hilarious and entertaining. Too quickly it came to an end and we collected in the main hall for the prize draw, to sample some of the RedGate Beer and to chat more about the day and so on.