Parameter Sniffing or not sniffing: The Mindset change for new technologies

Parameter sniffing is a common challenge for query tuning. The usual solution we recommend is to apply a recompile option, rather to a stored procedure or a query. If the development team gets used to this, suddenly you will see recompile options all around.

The parameter sniffing problem appears when the data is uneven distributed on one column used as predicate. As a result, the perfect plan for the query will be different according to the value used on the predicate. Applying a recompile option solves the parameter sniffing problem because the query will be recompiled for each set of parameters, ensuring the best query plan possible.

Here are some examples about how the plan can be affected:

In order to ensure the plan will be recompiled on every execution, we have some different options:

However, the solution has a price: We are losing the power of the query plan cache, forcing a recompilation on every execution, what affects performance. We are only choosing the cheaper option.

Microsoft is aware of this and SQL Server created many features to help us solve the parameter sniffing problem. These are three of them:

That’s great! We can continue solving our problem with the recompile options but now these great new features will jump in and make our queries even better, right?

Adaptive Query Processing is based on the idea of changing some behaviours of the query plan during the execution, without a new query compilation. This is in some ways the opposite of our traditional solution, the recompile options. We can choose always to recompile the plan or we can use the new Adaptive Query Processing features, but we can’t use both, they will be, at most, useless.

We need to analyse each one of them to understand.

This solution handles the parameter sniffing problem for join selection in a great way: The decision of what type of join will be used is made during each execution, according to the number of rows returned. Parameter sniffing will not affect join type decision anymore. 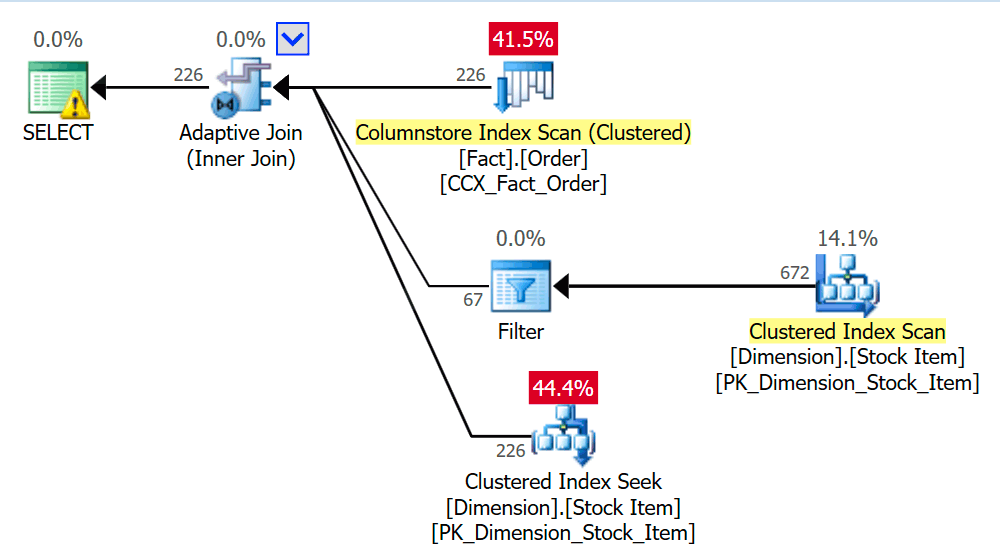 This creates some resulting scenarios not so good for us:

Parameter sniffing can make the amount of memory needed by one query vary too much. This variation will create spills to tempdb, making the query way slower.

The Effect over Sniffing

The effect over parameter sniffing is only partial. Let’s imagine the variation of the parameter values generate two different plans according to the value. If each plan is executed a considerable number of times before a different plan is needed, the Memory Grant Feedback will improve the query.

However, if different plans are needed on a very high frequency, such as on each execution, the Memory Grant Feedback will not be useful. This feature identifies the problem, change the plan and the improvement will happen on the next execution. If the next execution needs a different plan or different set of resources, the change was useless. After 32 useless changes caused by the Memory Grant Feedback, the query optimizer disables this feature for the query plan.

The use of recompile option turns the feature completely useless. This feature is based on the same plan executed multiple times. Recompiling the plan on every execution invalidates the feature.

It doesn’t matter how simple new features are, the technology evolves way faster than company and department procedures. In order to fully enjoy new features, you may need some mindset change.

After a young developer (or database developer) learns about normalization, the quality of his databases increases a lot, there is no doubt about that. However, sometimes we need some denormalization, even in production databases. I faced some experienced developers that, although, they would agree this should be analyzed in a case-by-case scenario, they never saw … Read more