Separately, when looking at a list of .NET classes, you can see how much unmanaged memory those classes are responsible for holding on to. You can also see that information for individual instances of those classes. 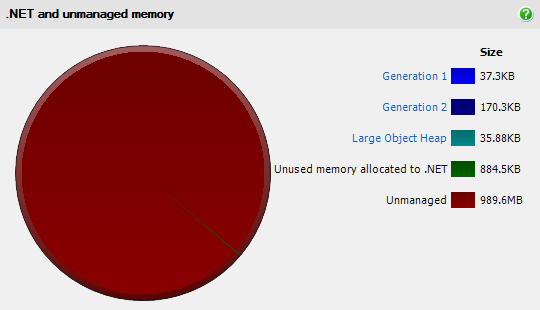 You’ll also notice that the startup process has been entirely redesigned, bringing it in line with ANTS Performance Profiler 8, which was released earlier in the year. This makes it faster to start profiling and to run repeat profiling sessions, lets you profile using any browser instead of Internet Explorer, and also provides a host of stability improvements, particularly when launching websites in IIS.

Download the new version (there’s a free trial), and as always I’d love to know what you think – just email dotnetteam@red-gate.com.