Tucker Taft: Geek of the Week

What do military networks and a 19th Century Difference Engine have in common? Tucker Taft; industry leader in compiler construction and programming language design, and SoftCheck CTO. Tucker has taught disseminated his encyclopaedic knowledge at Harvard University, and has worked tirelessly to improve the Ada language for 20 years. We sent Richard Morris to find out about more about the man and his two-decade-long project.

Rumour has it that deep in the heart of the Pentagon is a network of computers which  control the US military, the most powerful army on the planet –  rather ironically they are controlled by a programming language named after a hard drinking 19th century mathematician and only daughter of Lord Byron.

As all true geeks will know the language is called Ada, after (Lady) Ada Lovelace.  In her work with Charles Babbage on a steam driven calculating machine called the Difference Engine, Ada understood, perhaps before anyone else, what a computer might truly be. As such the Difference Engine is the spiritual ancestor of the modern computer. 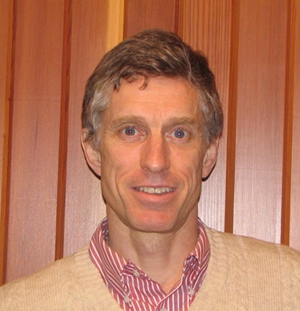 Ada, who dined and drank with contemporaries including Charles Dickens and Michael Faraday and who was bled to death by her own physician aged just 36, has been called many things – the first computer programmer and a prophet of the computer age – but most poetically perhaps by Babbage himself as an ‘enchantress of numbers’.

S Tucker Taft has been heavily involved in the later Ada revisions, and still works with the language today as both a designer and user.

He was technical leader for development of a Static Interface Analysis Tool (SIAT) for Ada on behalf of the NASA Space Station IV&V, and a generalization of this for C++. Recently, he led the architecture and development effort of the Enterprise-Java- and XML-based ‘Mass.gov’ portal for the Commonwealth of Massachusetts.