Donald Knuth is an extraordinary man. As well as inventing 'Literate Programming' and writing the most important textbook on programming algorithms, he is also famous for designing and programming one of the most widely-used digital typesetting systems ever, even designing the fonts that went with it. He also pioneered the use of 'Open-source' software. Knuth is a man of engaging charm and enthusiasms who combines a knowledge of history, music, art and mathematics with a unique insight into the art of computer programming.

It is often said that entrepreneurial companies tend to reflect the personality of their founder, and nowhere was this more true than at Microsoft. Bill Gates was by turns very brilliant, very arrogant, a master marketer, a win-at-any-cost competitor – and so was his company. 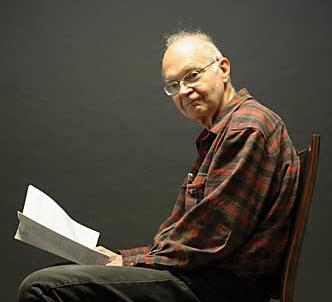 A lot of people have been in awe of Gates but equally there are people Gates lionises and one of these is the legendary American mathematician and computer scientist Donald Knuth. Gates once said of Knuth’s most famous book The Art of Computer Programming ‘If you think you’re a really good programmer . . . read (Knuth’s) Art of Computer Programming . . . You should definitely send me a resume if you can read the whole thing’

But of all the plaudits rained on him perhaps the most outstanding happened in the late 1990s when The Art of Computer Programming was named among the best twelve physical-science monographs of the century by American Scientist magazine, along with Dirac on quantum mechanics and Einstein on relativity.

Knuth has always viewed the stages of writing The Art of Computing Programming, which was originally conceived as a single book, in 1962, as the most important project of his life. He famously eschews email telling Google co-founder Sergey Brin, a former student of his that:

‘E-mail is a wonderful thing for people whose role in life is to be on top of things. But not for me; my role is to be on the bottom of things. What I do takes long hours of studying and uninterruptible concentration.’

He says that his full-time writing schedule means that he is ‘pretty much a hermit… concentrating intensively and uninterruptedly on one subject at a time, rather than swapping a number of topics in and out of my head. I’m unable to schedule appointments with visitors, travel to conferences or accept speaking engagements, or undertake any new responsibilities of any kind.’

In the forty-seven years since beginning the book that has almost defined computer programming as much as it has defined him, Knuth has received awards including the Kyoto Prize (1996), the Turing Award (1974), and the National Medal of Science (1979). The irony is that computer science nearly lost Knuth to its ranks because of his love of music (his house is built around a two-storey pipe organ that he designed himself) and says he intends to return to it once he has completed the expected seven volumes of ‘The Art of Computer Science’.

“People these days rarely
measure a computer
scientist by standards
of beauty and interest;
they measure us by dollars”

Born in Milwaukee Wisconsin he chose physics over music as his major subject at the Case Institute of Technology. At Case, he managed the basketball team and applied his talents by constructing a formula for the value of each player. He then went on in 1963 to earn a Ph.D. in mathematics from the California Institute of Technology.

A pioneer in computer science, he took time out during the 1970s from writing ‘The Art’ in order to develop TeX, a document-preparation system which has become a standard for submitting typeset-ready scientific and mathematical research papers for publication. A prolific writer he has also written a science-fiction novel, Surreal Numbers: How Two Ex-Students Turned On to Pure Mathematics and Found Total Happiness (1974), based on a number system invented by the mathematician John Conway.