Andrew Tanenbaum: Geek of the Week

Andrew Tanenbaum has had an immense influence on the way that operating systems are designed. He provided the inspiration for Linux, in his lightweight kernel Minix, and his classic textbook 'Operating Systems: Design and Implementation' that Linus Torvalds  described as 'the book that launched me to new heights.'

The day that the communications giant AT&T banned lecturers from teaching UNIX to pupils on IT courses was the day the software industry changed for ever.

If AT & T hadn’t stopped Andrew Tanenbaum from teaching UNIX to his pupils he wouldn’t have gone on to develop MINIX and in turn might not have influenced Linus Torvalds to develop the Linux kernel. How different things may have been.

‘It was stupidest thing they could have done,’ Tanenbaum says of AT & T’s decision. ‘They should have paid bounties to people teaching it in courses. I guess their attitude was “The fewer people who know about UNIX, the better. At that point I decided if I wanted a UNIX-like system to teach, I’d have to write one myself. So I did.’

”
Monolithic kernels
are still too big and
unreliable
“

He first got into computer programming and operating system design when he was at studying at MIT. Whilst working as a postgraduate student at in the UNIX group (Dept. 1127) at Bell Labs at the time Unix was being developed, Andrew’s main interest was in compiler design. Operating system design happened much later in the 1980s, first with Amoeba, an experimental distributed operating system, then in 1984 with MINIX. MINIX was a lightweight kernel that could work on almost any hardware. It was primarily designed as a teaching aid. Andrew says ‘I don’t really regard it as the most important thing I’ve ever done’.

He decided to base MINIX on a microkernel rather than a monolithic because ‘good software engineering principles dictate that your programs are modular. You don’t want a bug in one piece to bring down the whole thing if that can be avoided. A microkernel is much better engineered and is more modular and easier to understand. Monolithic kernels are still too big and unreliable. My metric is the TV set.’ 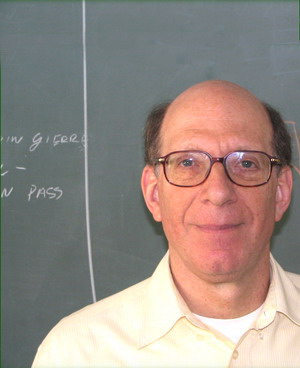 It took Andrew three years to write MINIX, along with 400 pages of text describing the code, working at it in the evenings,

Within three months of developing MINIX, a USENET newsgroup had emerged with over 40,000 readers discussing and improving the system.

One developer stood out from among the others. Linus Torvalds began to use Tanenbaum’s operating system MINIX, got frustrated with it, and decided to write his own kernel. On October 5 1991 Torvalds unveiled the Linux kernel and the rest is computer folklore.

MINIX 3 is available under the BSD license for free at www.minix3.org. Andrew says ‘It is still in surprisingly wide use, both for education and in the Third World, where millions of people are happy as a clam to have an old castoff 1-MB 386, on which MINIX runs just fine. The MINIX home page cited above still gets more than 1000 hits a week.’

Today Andrew Tanenbaum is still a professor of computer science at Amsterdam’s Vrije Universiteit and is the author of a number of books including Operating Systems: Design and Implementation which Torvalds describes it as ‘the book that launched me to new heights.’ Despite living in Holland, he was born in New York City and grew up in White Plains, New York. He received his S.B. degree in Physics from MIT in 1965. He received his Ph.D. degree in physics from the University of California, Berkeley in 1971. He went to Amsterdam as a postdoc and ‘sort of hung around ever since’. He has done research on compilers, operating systems, networking, and local-area distributed systems. His current research focuses primarily on the design of wide-area distributed systems that scale to millions of users. These research projects have led to over 70 papers in journals and conference proceedings. He is a Fellow of the ACM and a Fellow of the IEEE.

0 25
In the past, working in .NET for non-Windows platforms has been dependent on third-party frameworks like Mono. Now, with VS2015 and DNX Microsoft have stepped up to provide everything you need to code multi-platform apps straight out of the box. Clive Tong introduces this new .NET technology.… Read more
0 25

Geek of the Week, Linux, Opinion