Often during my development work, especially at the Proof-of-Concept (PoC) stage, I need a quick and easy way to save my current progress, for example, by updating a set of object build scripts in a directory. Ultimately, I also need a way to compare my current development database or script directory to a target production database, and generate a synchronization script to align the two.

My previous articles have shown several ways to achieve this, by comparing directly to the production database using the SQL Compare GUI or the command line.

In certain environments, however, security regulations prohibit direct access to the production database via tools like SQL Compare. In these cases, the Database Administrator will often use Data-Tier Application Packages (DacPacs), together with the Data-Tier Application Framework (DacFx), as an alternative way of scripting out a database, and deploying database changes.

Fortunately, as long as the DBA can provide me the latest DacPac for the production database, I can still do my work effectively, since I can use SQL Compare to compare and synchronize two DacPacs. This article will use the SQL Compare GUI only, and a subsequent article will demonstrate how to start automating DacPac synchronization from the SQL Compare command line, along with techniques to extract a build script from a DacPac.

What is a DacPac?

A DacPac file is a binary file, a zipped directory, containing definitions of objects in a SQL Server database. It is very useful for sharing and migrating database definitions in a very compact way.

Since a DacPac is just a zipped bundle of files, we can simply rename the extension to .zip to open the file and view the contents. As you can see, among other things, it contains an XML ‘model’ of the database’s metadata (model.xml):

How to create a DacPac

To create a DacPac, we use DacFx, which is already installed together with SQL Server. All we need to do is right-click on the database, and navigate Tasks | Extract Data-tier Application. 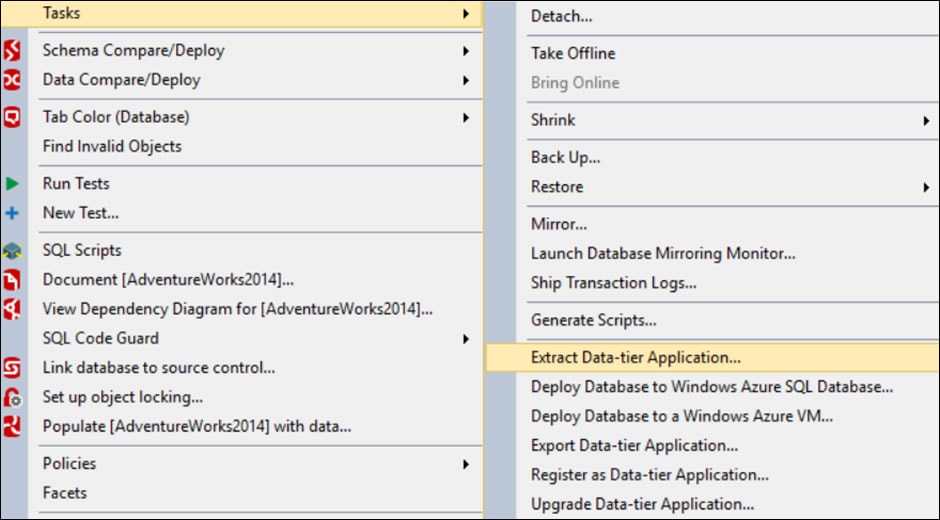 This will start a wizard that will guide you through the process of creating the DacPac and saving it to disk: 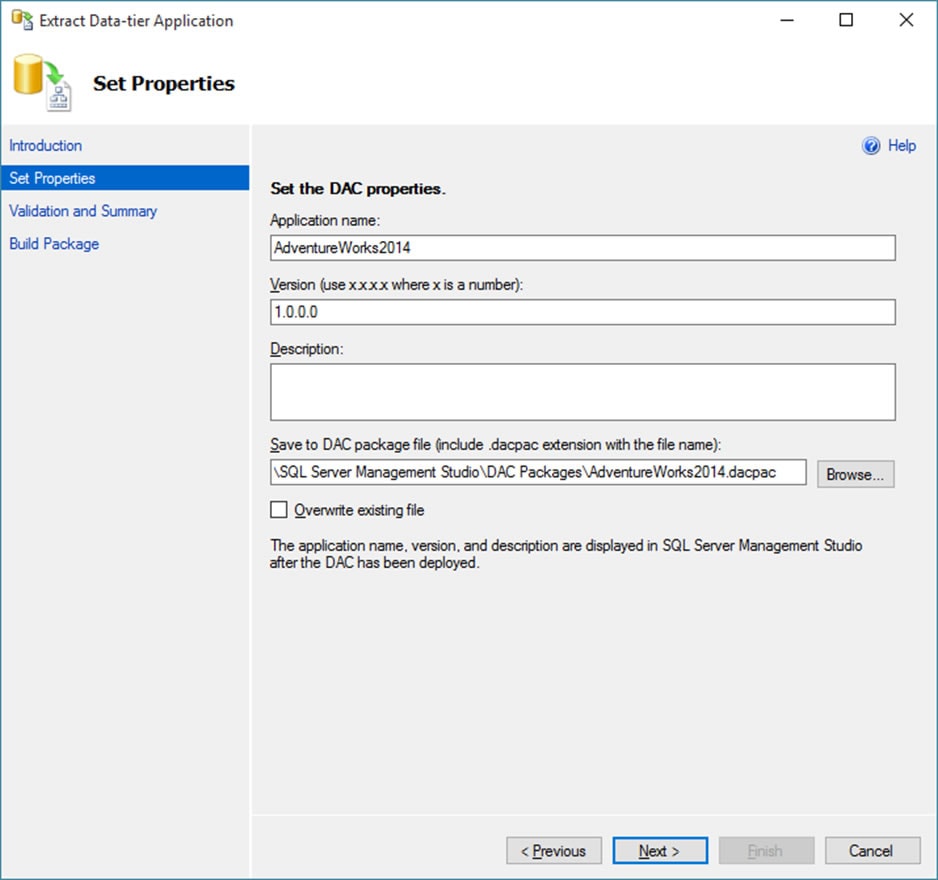 To do that, we’ll use SQL Compare to synchronize the two DacPacs, and generate a DacPac for the PoC database, in the same manner as described above.

How to unpack a DacPac

Since DacPacs are simply a zipped bundle of files, we need to unpack the DacPac before we can do the compare. To unpack each Dacpac, simply right-click on the file and select Unpack….

After unpacking both DacPacs, we get two folders (one for each database) containing the object scripts.

How to compare two DacPacs

To compare the two DacPacs, all we need to do is start SQL Compare, select the source and target script folders, and hit Compare now. 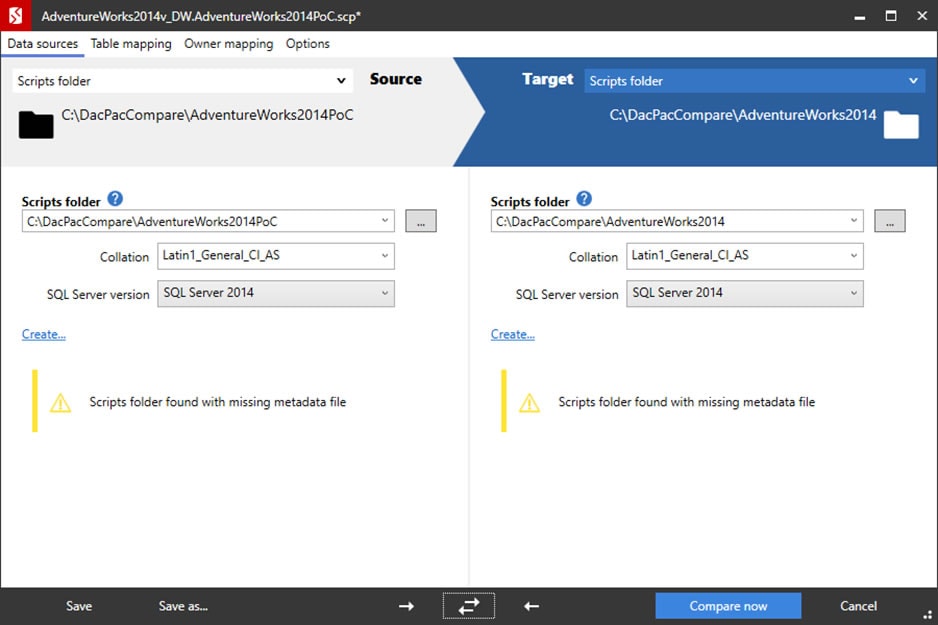 After this, we can pick and choose which changes we want to include in the synchronization script, just as we would do with any other compare task using SQL Compare.

SQL Compare’s ability to compare DacPacs offers a very effective way to synchronize a database schema in two environments, if you don’t have direct access to the target. It is especially useful in environments with restrictive security requirements.