Microsoft's OData, the Open Data Protocol, allows consumers of data to get the metadata of data sources, to perform queries and, if necessary, to create, change or delete data items. It now provides the API for many of the available services on the internet, including the Open Government Data Initiative

Other major big-data generators have joined the OData band wagon. Netflix publishes its entire video catalog as OData (editor’s note: while this was true at time of writing, it is no longer the case), and eBay uses OData for publishing auction details with Windows Azure. SAP uses OData in its SAP NetWeaver Gateway to enable connectivity to SAP applications from multiple programming languages. Visoft released a Major Ruby OData Update v0.1.0 on December 7, 2011. Microsoft encourages third-party adoption of OData by releasing it under the Open Specification Promise and supporting OData.org, the official source for OData resources. Microsoft announced on December 6, 2011 a new self-service Publishing Portal which automates the process of licensing OData-formatted information from third parties. The Portal also supports paid or free access to SQL Azure databases. 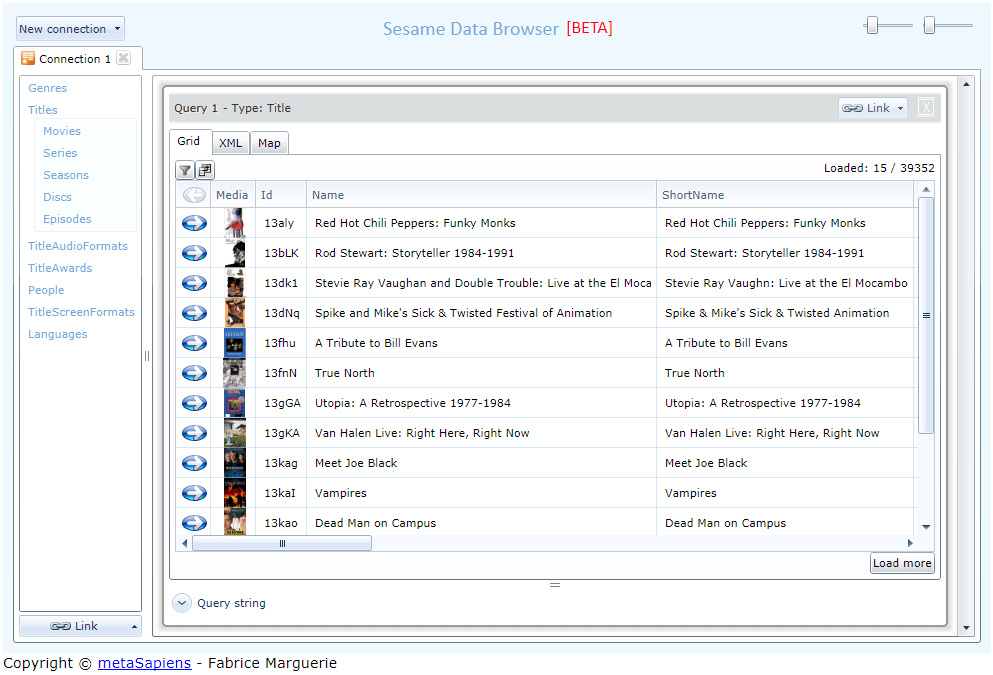 OData appeals to today’s Web-oriented and mobile device application developers by implementing the Web-friendly Representation State Transfer (REST) architectural style for distributed applications. RESTful Web services can be located by a Uniform Resource Identifier (URI) and implement standard HTTP verbs (GET, POST, PUT, and DELETE) to retrieve, create, update, and delete data items. In 2007, Microsoft’s Pablo Castro, whom I call the “father of OData,” championed OData as a Web-friendly alternative to SOAP-based XML Web services in an incubator project called “Astoria.” (Astoria, Oregon, is one of the two most cloudy cities in the conterminous U.S. with 239 cloudy days per year.) Castro described the project’s initial design goals as:

Microsoft has leveraged its investment in OData development and evangelism by adopting the protocol for Windows Azure table storage, as well as data interchange with SharePoint 2010 and SharePoint Online lists, SQL Server Reporting Services, Dynamics CRM 2012, Team Foundation Server 2010, and (in the future) Microsoft Pinpoint. An earlier cloud-based SQL Azure OData provider from SQL Azure Labs has been retired, but Julie Lerman’s Data Service in the Cloud MSDN article describes how to create your own. You can download a sample OData document from one of my SQL Azure databases here or open it in your browser at https://odata.sqlazurelabs.com/OData.svc/v0.1/jc650b4zaf/AdventureWorksLTAZ2008R2 (Editor’s note: link has been deprecated).

The C# source code for my Codename “Social Analytics” WinForms Client Sample App (see Figure 2) is available from the Social Analytics folder of my SkyDrive account. The grid displays important information about each <item> element; the graph displays trends in “buzz” and sentiment about Windows 8 from Twitter, Facebook, and Stack Overflow. This app shows developers how to write an OData client to download a <feed> document with large number (100,000+) of <item> elements. Microsoft Codename “Social Analytics” downloads a maximum of 500 items per query; paging requires executing Skip(n * 500) and Take(500) functions when issuing LINQ queries against an instance of the VancouverSliceContext object that’s defined by a Service Reference to Microsoft’s VancouverWindows8 OData provider. (Vancouver was the original codename for “Social Analytics.”) 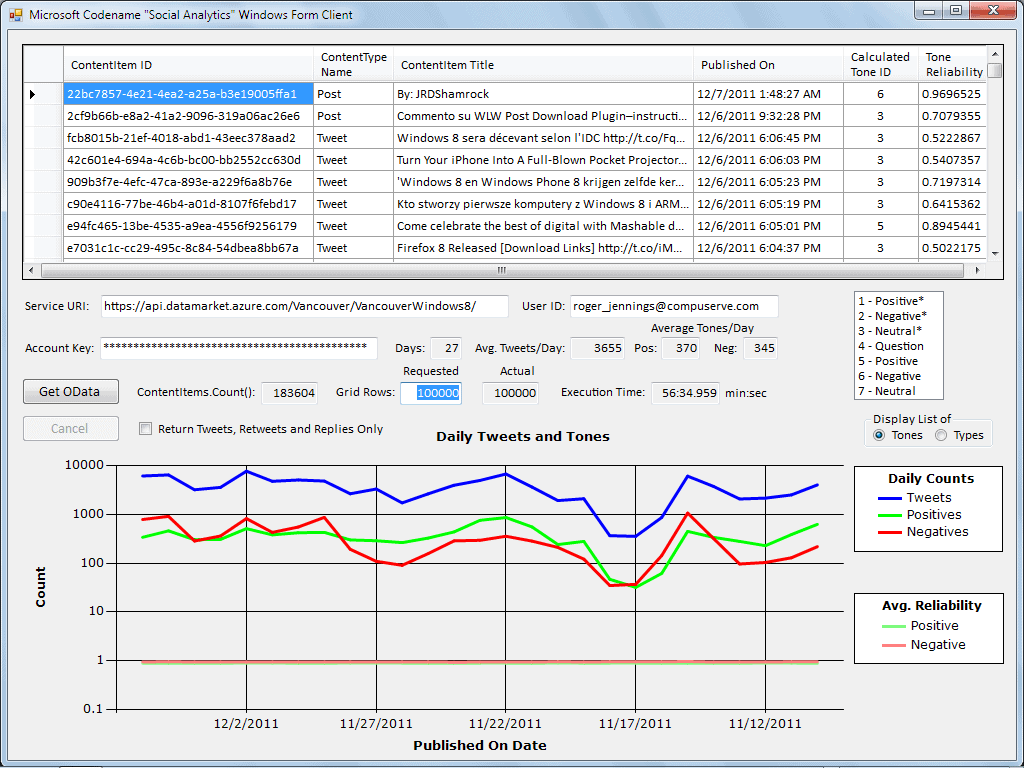 OData URI Conventions specify the construction of queries to return particular resources by appending collection names to a Service Root URI, which is identified by an .svc extension as in http://services.odata.org/OData/OData.svc. The Service Root URI returns metadata that lists the collections exposed by the service, Products, Categories, and Suppliers, in OData.org’s example:

to the corresponding OData query string:

The OData provider is responsible for parsing and translating the query string to the data source’s native query language, such as T-SQL for SQL Server. .NET providers use WCF and the Entity Framework to handle translation chores.

OData is rapidly becoming a ubiquitous protocol for a wide variety of data sources and programming languages. If eliminating data silos by increasing compatibility of diverse data formats is one of your organization’s goals, begin the New Year by becoming an OData expert.

In Search of the Cortana Analytics Suite

Cortana Analytics Suite is important and significant, but it is difficult to work out why or how from the existing 'information'. After more setbacks than Dr Livingstone, Bob Sheldon emerged from the jungle of marketing hyperbole triumphantly with a small diagram which explained it. Here he reveals the individual components, and finds them, in combination, to be a curiously interesting attempt to bring Big Data under contro… Read more