Recently, one of my .NET developers who was involved in a Windows Azure Project came and asked me two questions: 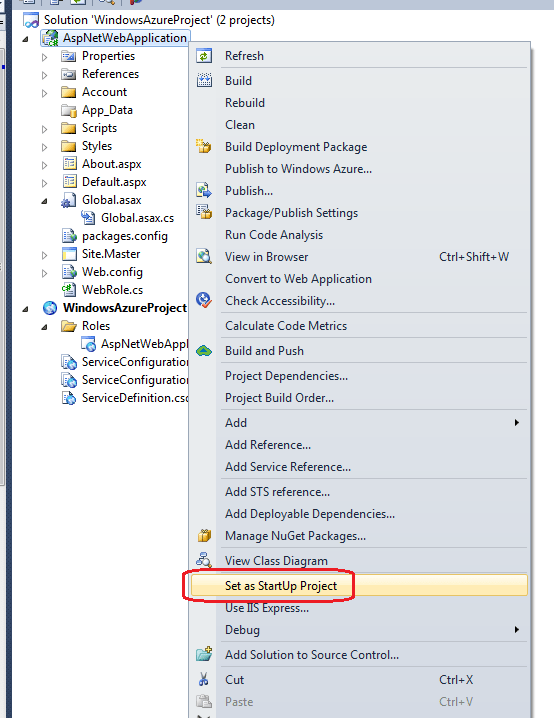 I’ve been looking at the online discussions around these issues and have found they’re very popular questions:

This article will answer and explain these two questions in more detail, including how it really works under the hood, tips and tricks to overcome the issue, and identified limitations.

1. Why does it take longer to debug or run a Windows Azure Project than a typical ASP.NET project?

First of all, I need to explain how the Windows Azure development tools and SDK work.

The emulator is designed to simulate the cloud environment, so developers don’t have to be connected to the cloud at all times. The two emulators are: Compute Emulator that simulates the Azure fabric environment and Storage Emulator that simulates the Windows Azure Storage. Apart from emulators, the two important command-line tools are CSPack that prepares and packages the application for deployment and CSRun that deploys and manages the application locally. Other command-line tools can be found here.

Apart from the SDK, there’s an add-in called Windows Azure Tools for Microsoft Visual Studio that extends Visual Studio 2010 to enable the creation, configuration, building, debugging, running, packaging, and deployment of scalable web applications and services on Windows Azure. You will find a new “cloud” template (as can be seen in Figure 3) when adding a new project after installing it. Furthermore, it encapsulates the complexity of running the tools and other commands behind the scenes when we build, run, and publish a Windows Azure Project with Visual Studio. 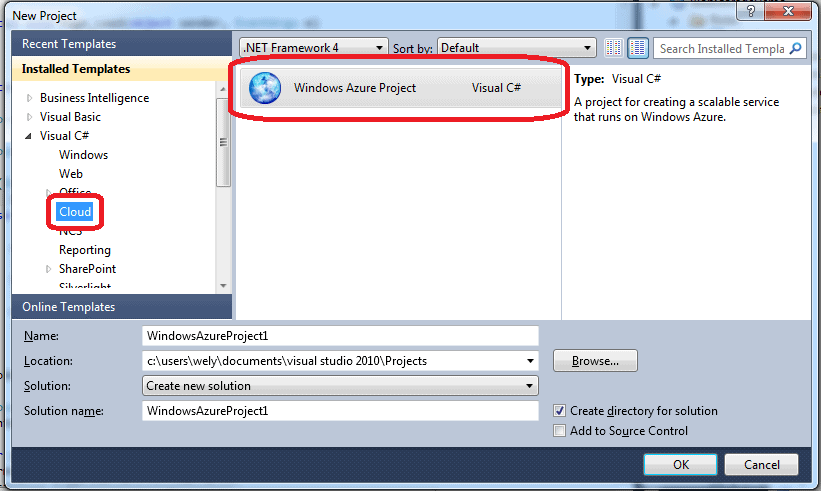 The reason why it takes longer

It is true that it takes more time to debug or run a Windows Azure Project than a typical ASP.NET project.

In fact there’s a reasonable rationale behind. When we debug or run a Windows Azure cloud project, all other associated projects (Web / Worker Role) will be compiled and packed into a csx directory. Afterwards, Visual Studio lets CSRun deploy and run your package. The Compute Emulator will then set up and host your web applications in IIS as many as we specify in Instance Count property. 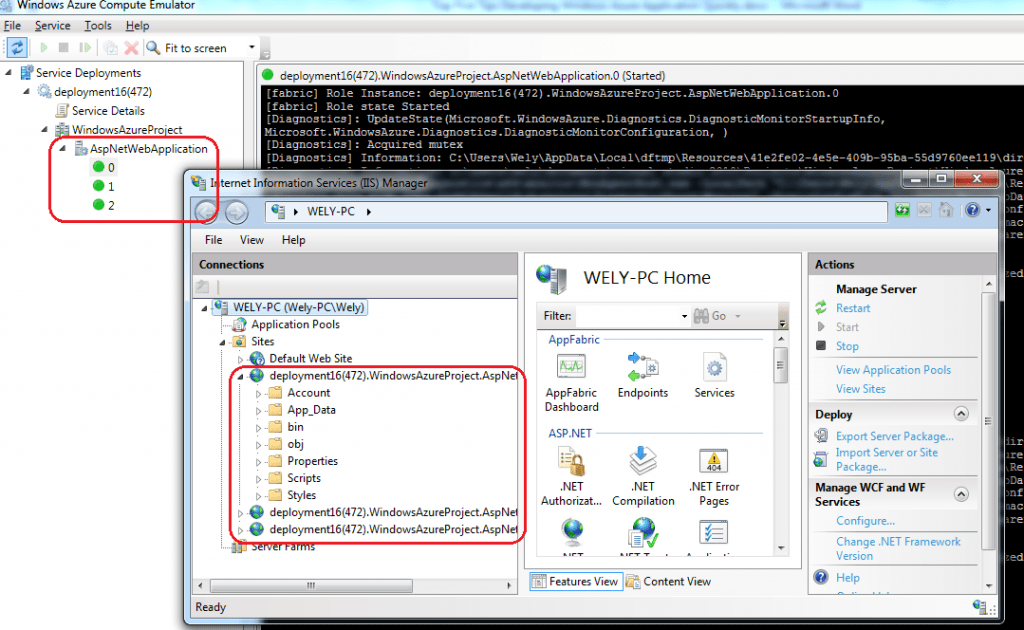 Jumping into the next question, is it possible to debug or run ASP.NET project instead of Windows Azure project?

The answer is yes. You can do so simply by setting the ASP.NET project as startup project. However, there are some caveats:

People often store settings at ServiceConfiguration.cscfg in their Windows Azure Project. You can get the setting value by calling RoleEnvironment.GetConfigurationSettingValue("Setting1"). However, you will run into an error when debugging or running the ASP.NET project. 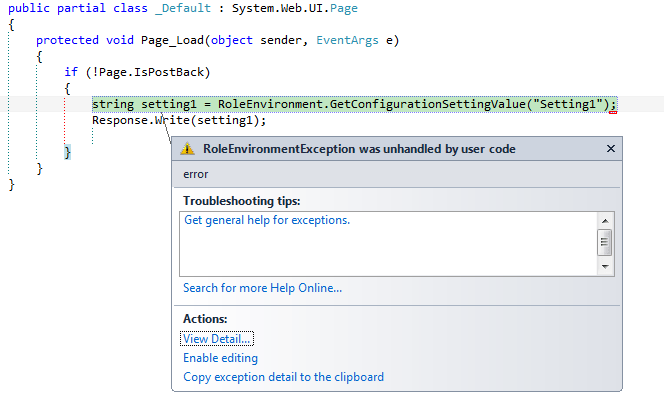 The reason of getting this error is because the ASP.NET project is unable to recognize and call GetConfigurationSettingValue as the settings belongs to Windows Azure Project.

To resolve this error, there’s a trick we can do as shown in the following code fragments. The idea is to encapsulate the retrieval settings using a get property. With RoleEnvironment.IsAvailable, we are able to determine if the current runs on Windows Azure environment or a typical ASP.NET project. If it doesn’t run on Windows Azure environment, we can get the value from web.config instead of ServiceConfiguration.cscfg. Of course, we need to also store the setting somewhere else such as AppSettings in web.config file.

Code Fragment 1.1 – Encapsulating the setting with Get property

We normally use the store the Storage Account Connection String in Service Configuration setting as well.

As such, you might run into similar error again when running the ASP.NET project.

We use similar technique to resolve, but slightly different API. If the RoleEnvironment.IsAvailable returns false, we will get the value from AppSetting in web.config. If we find that it uses Development Storage, we will load CloudStorageAccount.DevelopmentStorageAccount, else we will parse the connection string that is loaded from AppSettings in web.config file. The following code fragments illustrate how you should write your code and configuration.

Code Fragment 2.1 – Encapsulating the setting with get property

An important note: you will still need to turn on Windows Azure Storage Emulator when using this technique.

Although these tricks work in most cases, there are several catches and limitations identified:

To conclude, this article answers two questions.  We have identified some caveats as well as the tricks to overcome these issues.