An Introduction to Windows Azure (Part 1)

Windows Azure is the Microsoft cloud computing platform which enables developers to quickly develop, deploy, and manage their applications hosted in a Microsoft data center. As a PAAS provider, Windows Azure not only takes care of the infrastructure, but will also help to manage higher level components including operating systems, runtimes, and middleware.

This article will begin by looking at the Windows Azure data centers and will then walk through each of the available services provided by Windows Azure. 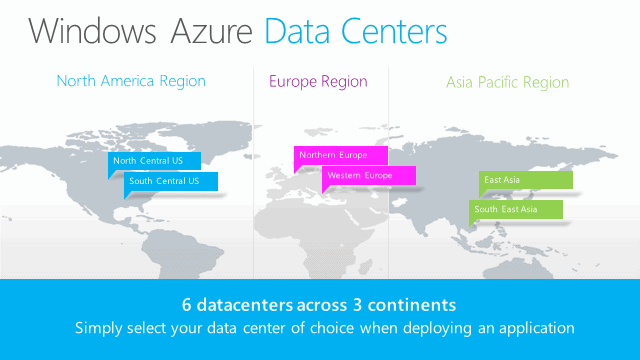 Microsoft has invested heavily in Windows Azure over the past few years. Six data centers across three continents have been developed to serve millions of customers. They have been built with an optimized power efficiency mechanism, self-cooling containers, and hardware homogeneity, which differentiates them from other data centers.

The data centers are located in the following cities:

Having seen the data centers, let’s move on to discuss the various services provided by Windows Azure.

Microsoft has previously categorized the Windows Azure Platform into three main components: Windows Azure, SQL Azure, and Windows Azure AppFabric. However, with the recent launch of the Metro-style Windows Azure portal, there are some slight changes to the branding, but the functionality has remained similar.  The following diagram illustrates the complete suite of Windows Azure services available today. 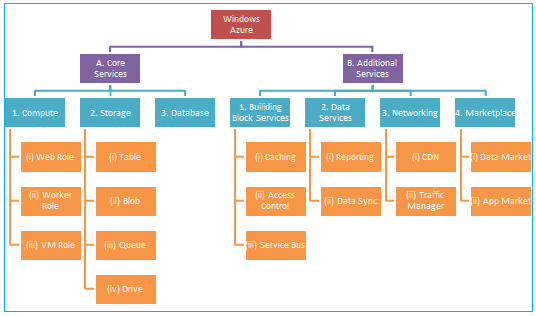 The Compute service refers to computation power, usually in the form of provisioned Virtual Machines (VMs). In Windows Azure, the compute containers are often referred to as ‘roles’. At the moment, there are three types of roles:

VM Roles enable developers to bring their customized Windows Server 2008 R2 VM to the cloud, and configure it. VM Roles are suitable for cases where the prerequisite software requires lengthy, manual installation.

Apart from ‘roles’, there are two other essential terms, namely ‘VM Size’ and ‘Instance’. 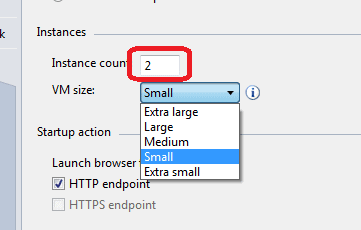 Windows Azure Storage is a cloud storage service that comes with the following characteristics: 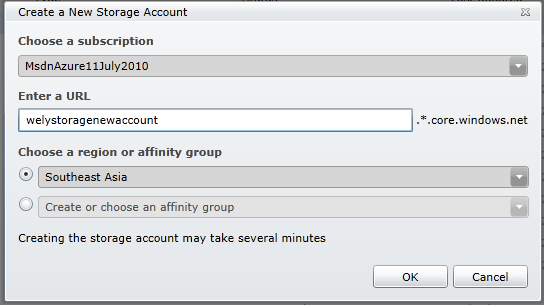 There are four types of storage abstraction that are available today:

Blob Storage provides a highly scalable, durable, and available file system in the cloud. Blob Storage allows customers to store any file type such as video, audio, photos, or text.

Table Storage provides structured storage that can be used to store non-relational tabular data. A Table is a set of entities, which contain a set of properties. An application can manipulate the entities and query over any of the properties stored in a Table.

Queue Storage is a reliable and persistent messaging delivery that can be used to bridge applications. Queues are often being used to reliably dispatch asynchronous work.

Azure Drive (aka X-Drive) provides the capability to store durable data by using the existing Windows NTFS APIs. Azure Drive is essentially a VHD Page Blob mounted as an NTFS drive by a Windows Azure instance.

SQL Azure database is a highly available database service built on existing SQL Server technology. Developers do not have to setup, install, configure, or manage any of the  database infrastructure. All developers need to do is define the database name, edition, and size. Developers are then ready to bring the objects and data to the cloud: 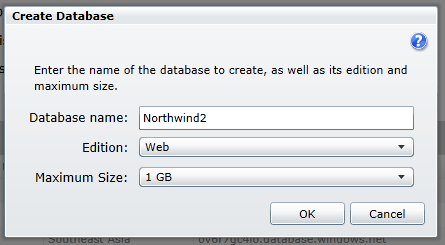 SQL Azure uses the same T-SQL language and the same tools as SQL Server Management Studio to manage databases.  SQL Azure is likely to lead to a shift in the responsibility of DBAs toward a more logical administration, as SQL Azure handles physical administration. For example, a SQL Azure database will be replicated to three copies to ensure high-availability.

Although some variations exist today, Microsoft plans to support the features unavailable in SQL Azure in the future.

Coming up in my next article, I will carry on the discussion with the additional services that Windows Azure offers including ‘Building Block Services’, Data Services, Networking and more so make sure you keep an eye out for it because it’s coming soon!