The Fireside Fun of Decapitations

You will be surprised to learn that, in the nineteenth century, they got on perfectly well without television or computer games. Actually, in the evenings they were accustomed to organise all sorts of entertainments we have since forgotten about, all of which required the art of human interaction. 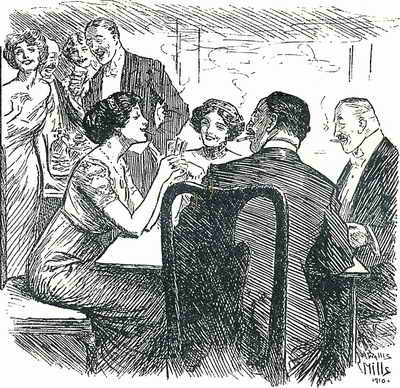 After their evening meal in any affluent household, the company would retire to the parlour or drawing room to play card games, perform conjuring tricks, sing songs, or play word games.

Yes, Sudoko is nothing new. They played games just like this in the evening, but in a group, and enjoyed themselves much more.

One of the games described as ‘Fireside Fun’ is the game of ‘Decapitations’. These involve words which make another word when the initial character is removed. These form long chains like

Our ancestors would take it in turn to choose one of these chains, and give a series of clues, so that the rest of the company had to guess them. (usually the successful guesser had the next turn to think of a chain)

For example, the ‘Wheat… Heat … Cat… At’ series might have the following clues

My whole is a word of one syllable and expresses a species of grain
Behead me and you make me very warm
Once again, and at Mealtimes I shall be called into requisition
and yet again remove my initial letter and I remain a simple preposition

My whole is but an atom when complete,
You’ll find it both in light and heat
Behead me once and you’ll behold
A pleasure ground for young and old
Decapitate again and you will find
I long ago preserved mankind

And how about this?

I have used all my whole this puzzle to frame,
But if you behead me, then murder you name ;
Behead me again, and not dead as supposed,
For I still live and breathe, but am much indisposed.

Of course, the fun and cleverness is in the clues, but how might you find these chains. I suspect that people used to learn them by heart in preparation for the moment when the host at a party suggested ‘Decapitations’

Thanks to your nice SQL Server database, you won’t have to learn these chains, though you might be thrashing about a bit constructing the clues

So how do I get these lists? I use the excellent 12dicts wordlists which were compiled by Alan Beale. Due to his generosity in placing them in the public domain, I can make them available for download here (see the end of the BLOG).

Now here is the simple SQL puzzle. What is the quickest way of loading them into a table, and identifying all the chains? Should one BCP them, use openrowset etc, and how does one go about producing the chains in SQL?

If you get that far easily, can you think of a way of doing decapitation by syllables, using SQL?

As an illustration of ” Decapitation” of words by syllables rather than by letters, here are some examples

0 1
You need to dig into old blogs I wrote before to fully understand how interesting this new extension is. On Saving Money with Log Analytics I mentioned how important log analytics is for azure clouds. This deserves more in depth analysis, which probably will be broken down in blog articles. On Connecting to Log Analytics using … Read more
0 1