This is part of a transcription of my notes from Microsoft’s recent BUILD conference in Anaheim, CA, minus anything that might be considered Red Gate confidential. Thus, they’re somewhat unstructured, sometimes ramble off-topic, and often contain dodgy grammar. My own commentary and observations will generally be italicised so you can easily distinguish it from the reporting on what actually happened. Much has already been said about this conference, and about Windows 8, but I hope you find these useful. Please feel free to comment or ask questions and I’ll be happy to answer them as best I can.

Demo ran with “touchpoint” enabled so we could see her finger touch position(s) on the screen.

One thing I felt about this demo is that the stuff Julie was showing was cool, but she presented like Microsoft exist in an intellectual and creative vacuum – obviously she was skimming over things so one couldn’t really grasp the ways that Win8 differs from, and improves upon, other similar platforms such as iOS and Android, but still. It’s one of those Microsoft behavioural tics that occasionally annoys me, and it’s hard not to come off like a bit of a douche when you’re acting like you’ve just invented something many people may have seen before, at least to some limited extent, on other platforms. This isn’t particularly a crack at Julie – who did a good job of the overview – more a general observation I’ve made across different presentations at various conferences. I felt it would help to sell the Win8 platform if they were more upfront about the ways it differs from iOS, Android, etc. Of course, this came out later – and occasionally you’d run into a presenter who wasn’t afraid to at least acknowledge the existence of other platforms (I’m thinking specifically of Scott Guthrie). Otherwise the attitude seemed perhaps a bit peculiar.

Showed picture password gesture-based login. Kind of neat although I haven’t been tempted to use it personally. I’m not sure if this ties in to your Live ID and would work across devices – if it does it will be interesting to see how well it copes with different form factor screen sizes.

Showed the new Start screen, which entirely replaces the existing Start menu, and the tile based interface. 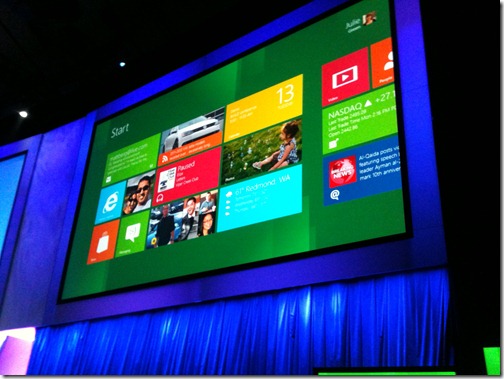 Figure 1. Here’s that Start screen, which I’m sure you’re all now familiar with.

Showed a quick demo of the Word Hunt game, News, and Socialite social networking application, which provides a fairly primitive interface to Facebook.

Apps are “dockable” in a snap view on the left edge of the screen – I don’t think there’s any way to dock to the right.

Showed IE 10, which includes full hardware accelerated rendering, and is chromeless (ahaha – I see what you did there Steven; this was one of the previously noted interruptions). If you swipe up from the bottom edge, or down from the top you bring up the app bar – this is for app specific controls and should be exposed by all applications that need more controls than are available on the main app page. I thought this new version seemed fast – I might even start using IE rather than Chrome again.

Turns out the Metro version of IE doesn’t support plug-ins, which means no Flash, although this doesn’t bother me because I don’t particularly like Flash anyway – I just wish so many sites would stop using it (I’m looking at you, www.bbc.co.uk/news) because it’s totally unnecessary for video playback, which is what it still seems to be mostly used for (apart from ads). I know it’s not necessarily a popular point of view but I’m one of those people who thinks Steve Jobs hit the nail on the head with his now notorious Thoughts on Flash post.

Sharing content in Win8 is made easy with “charms”, which allow apps to interact and share data with eachother. They can be thought of as providing a semantically rich clipboard. Apps support charms by implementing contracts, for example the “sharing contract”. In this case the charms list contains a most recently used list of apps with which you have shared.

Showed Photos app. This can integrate with other apps and can work with photos stored in the cloud using services such as Flickr.

It seems to me the connectedness of apps on Win8 is much better than currently available on iOS, where it’s always felt a bit bolted-on, rather than designed-in from the beginning – this of course can change.

Showed a quick demo of the Metro UI running on an ARM-based tablet, which seemed to work well.

Apps are not and should not be silos – they form a web and can work together, which increases their power and usefulness.

Metro apps are an immersive experience, and are all full screen.

In SDLC (software development life cycle) process, creating a batch job is the last step. As the application maintenance grows over period of time and new component added to the overall process can make over batch support complicated. This article provides guidelines to create batch jobs that can be well supported in future. Though this … Read more